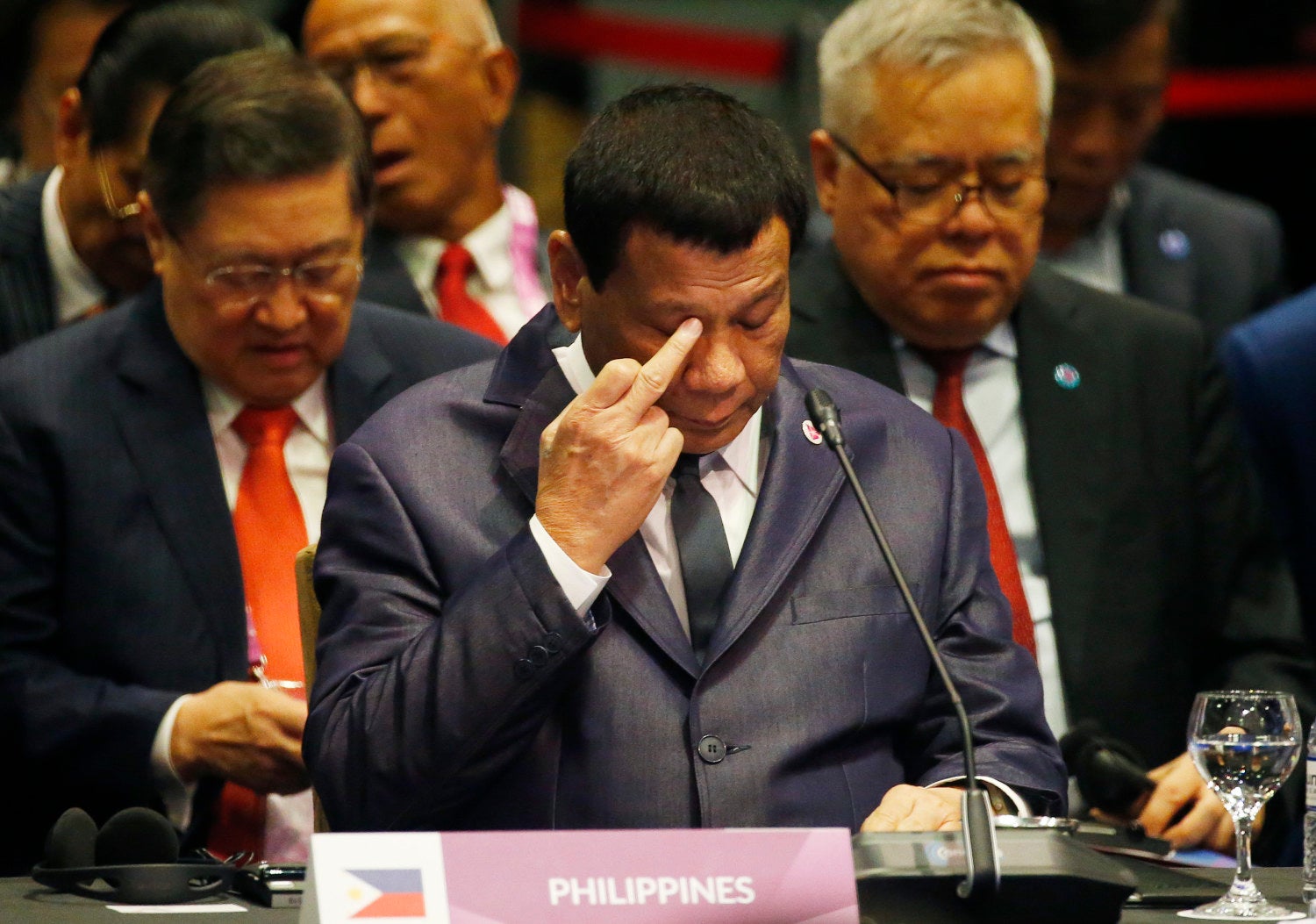 MANILA, Philippines – President Rodrigo Duterte has accused human rights groups of seeking to destroy the government as they allegedly deem his administration as their enemy.

In a speech in Dimasalang town in Masbate on Wednesday, Duterte slammed the silence of rights groups over the brutal rape or killing of children by criminals and drug addicts.

Various human rights groups, including the Commission on Human Rights, have condemned Duterte’s  brutal war on drugs, which claimed the lives of nearly 5,000 Filipinos, who are mostly poor.

The President hit back at human rights groups, saying they should also condemn the killing of innocent people by criminals.

According to Duterte, many Filipinos have become slaves to illegal drugs.

“They are slaves to a drug called shabu. And they need it every day. At the end of the day, they become inutile,” he said.

He reiterated his admission that he was wrong for promising to end the drug menace in the country within the first three to six months in office.

But he was quick to say that his crackdown on illegal drugs would remain unrelenting.

“Pag sinira mo ang bayan ko, wala na tayong pinag-usapan. At hindi ako maghingi ng tawad sa inyo,” (If you destroy my country, that’s the end of it. I will not seek your forgiveness) he said.

He said he would not apologize for his no-nonsense war on drugs.

“Sinabi ko na sa inyo umiwas kayo. I will not offer any apology,” (I already told you to stay away from drugs) he said. /cbb/kga