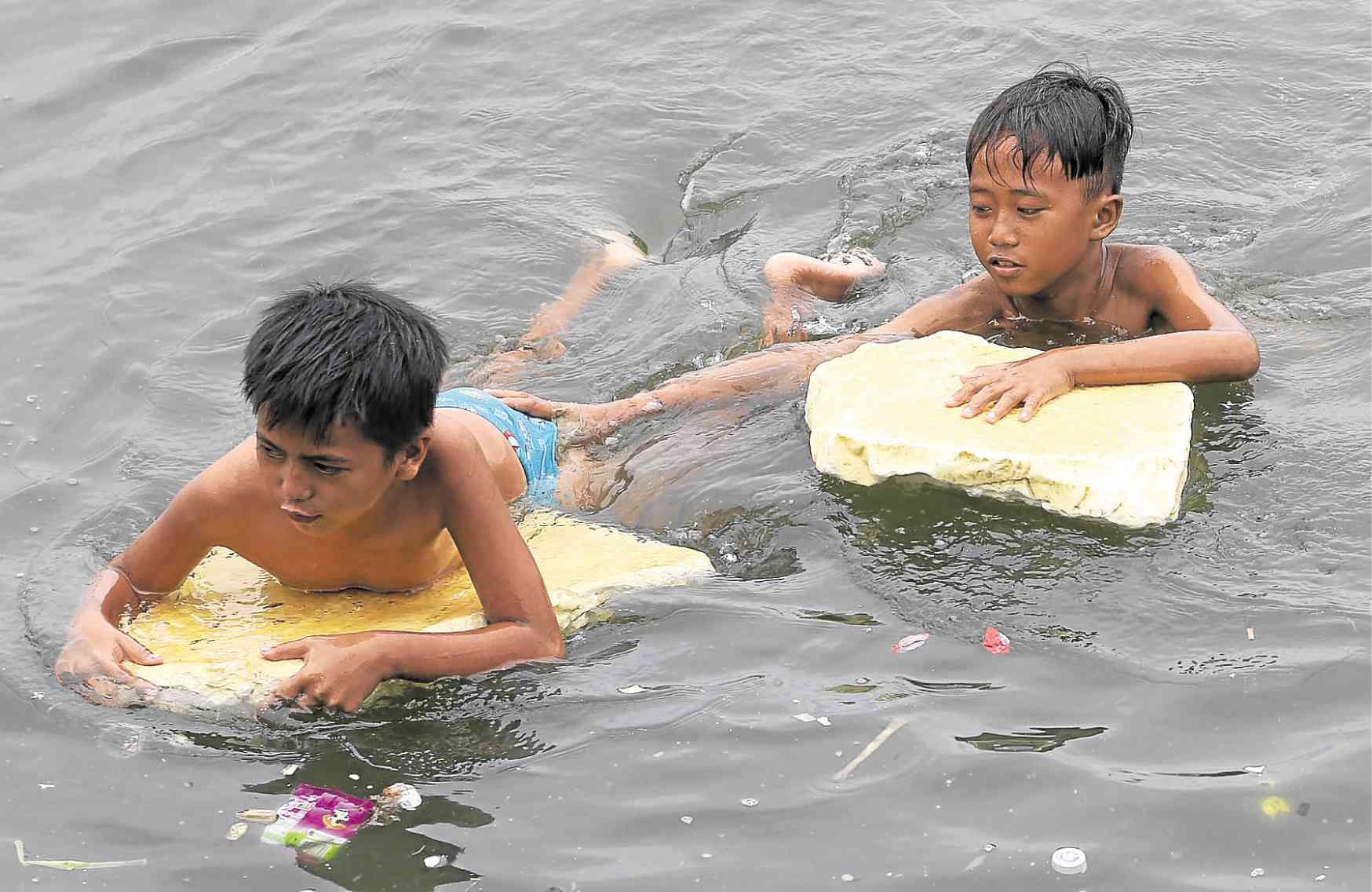 MANILA CESSPOOL Young boys swim in Manila Bay despite a ban enforced by the local government on bathing in the area due to health risk concerns. —INQUIRER file photo

Atienza, a former environment secretary, said Maynilad Water Services Inc. and Manila Water Company Inc. had agreed to construct sewage systems as part of their contractual obligation to the government.

The agreement was upheld by the Supreme Court when it directed the two water concessionaires and several state agencies to undertake the rehabilitation of Manila Bay in 2008, he added.

“[The President] cannot do the cleanup of Manila Bay if he will not force these two giant companies to comply with the agreement they had with the government,” Atienza told reporters.

“The real way to clean up the bay is to coerce the two water concessionaires, which, by force of law, are obligated to provide the water treatment facilities,” he said.

On Tuesday night, the President warned that he would close hotels along Manila Bay that did not have wastewater treatment plants.

While speaking at a barangay summit on the peace process in Pasay City, the President announced that he had ordered Environment Secretary Roy Cimatu and Interior Secretary Eduardo Año to start the bay cleanup “whether they [establishments] like it or not.”

“So hotels should put [up] water treatment plants or I will shut them down,” he said.

“You do something about your waste there, otherwise I will close it. That’s for certain,” the President added.

Malacañang said on Tuesday that the President wanted the road user’s tax to be used for the bay cleanup.

Atienza, meanwhile, noted that the trucks Maynilad and Manila Water had been providing to siphon off septic tanks of houses in Metro Manila were not enough to prevent the degradation of the bay.

“That’s not the condition in their water concession agreement. The domestic and industrial water discharges should be processed and purified before these could be released into Manila Bay,” Atienza said.

“The failure of Manila Water and Maynilad to construct water facilities is one of the reasons why Manila Bay remains a big sewer,” he lamented. “It looks and smells like a sewer.”

Maynilad services the western part of the metropolis while Manila Water operates in the eastern portion.