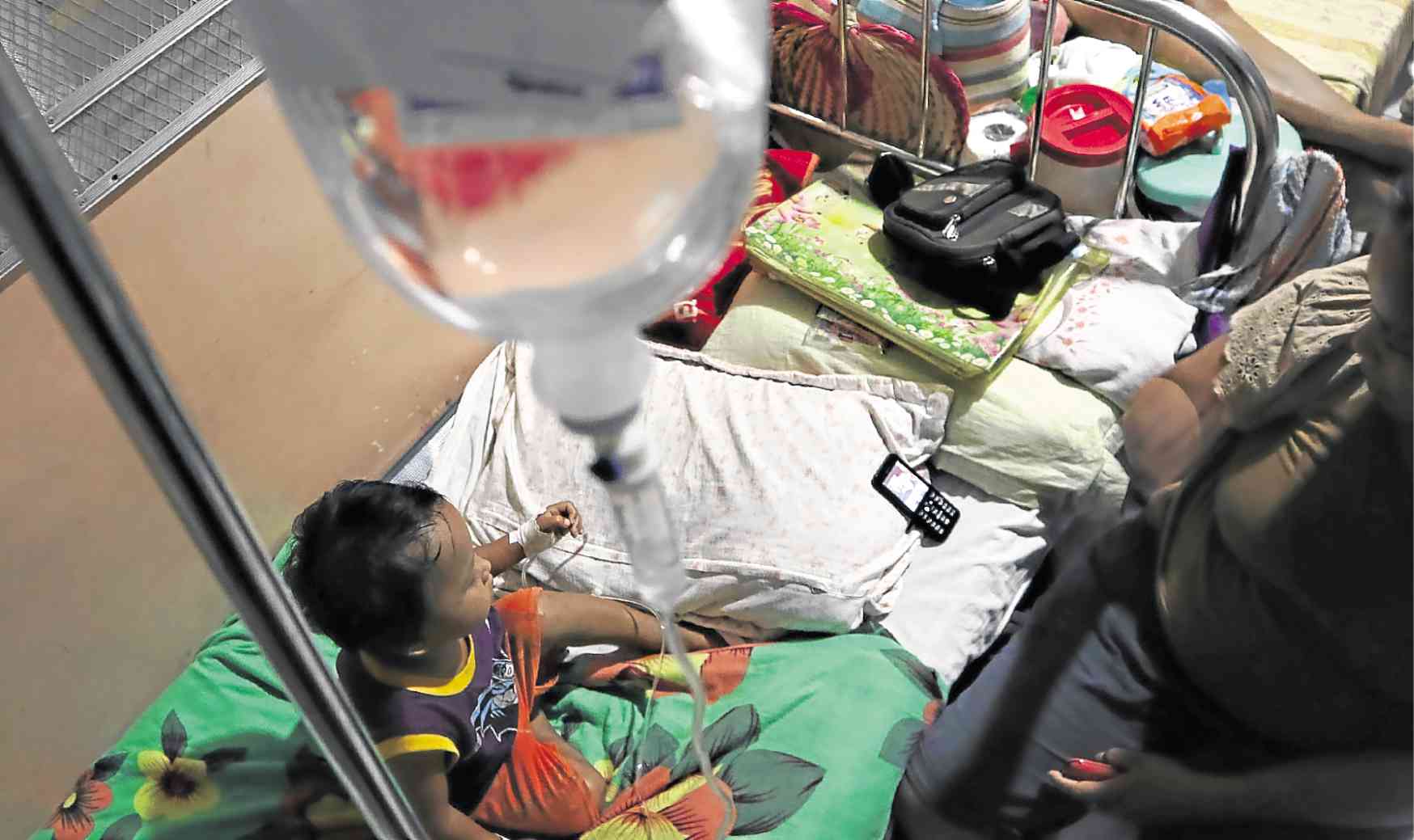 The DOH-Caraga dengue surveillance report showed that the cases reported by health units in the region’s four provinces and six cities were up from the 2,631 cases registered in the previous year, according to Romy Torralba, DOH regional information officer.

The DOH also noted that 473 cases were reported in the region in December alone.

“One of the significant areas in the report was recorded for Barangay Mahanub in the town of Gigaquit in Surigao del Norte, which recorded nine cases from Dec. 2 to 8 and then jumped to 31 cases from Dec. 9 to 15.

A team from the regional office was immediately sent to the area to provide assistance to the local government,” Torralba said.

The DOH said 22 people died from the mosquito-borne disease last year, up from 13 fatalities in 2017.

It said the spike was part of a three-year cycle that the health office had been observing in recent years.

“Data from previous years showed that there had been a trend, indicating that dengue cases peak every three to five years,” said Dr. Glee Valenzona, head of the DOH-Caraga infectious diseases cluster.

“We already monitored the increase since May 2018. What we immediately did was to coordinate with the facility of our local governments. We are also pushing the barangays to support our antidengue campaign,” Valenzona said.

The DOH urged residents and local officials in the region to join community cleanup activities, focusing on waterways and areas with stagnant water, and conduct fogging to destroy breeding areas of mosquitoes and stop the spread of the disease. —Erwin Mascariñas