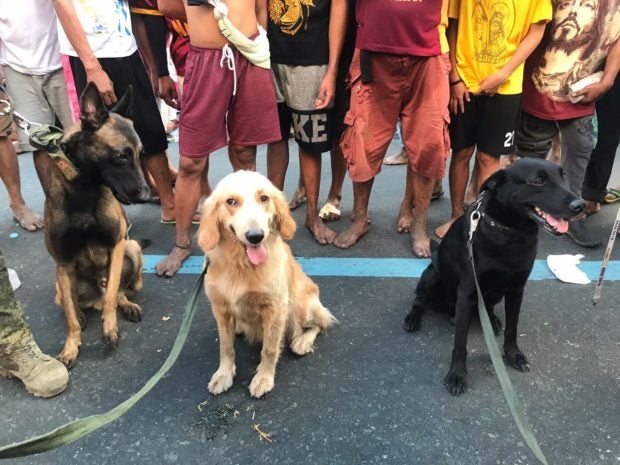 Some devotees of the Black Nazarene crowd around (from left) Morgan, Liza and Rey near the Quiapo Church on January 9, 2019. PHOTOS by Cathrine Gonzales/INQUIRER.net

MANILA, Philippines — As thousands flock to Manila for Traslacion 2019, little “armies” join the police and the military in keeping people safe and securing the procession route.

Among the bomb-sniffing dogs the INQUIRER.net met during the Traslacion on Wednesday were Morgan, Rey, and Liza.

The three dogs, together with tens of other dogs from K9 units of the military, were guarding the 6.1 kilometer route for any threat of explosives during the Feast of the Black Nazarene.

They would sit on top of any spot that has explosive devices, according to their handlers.

Rey, a six-year-old Black Labrador, is the oldest among his colleagues. Liza, a Golden Retriever, is now three years old, while Morgan, a Belgian Malinois, is one year and four months old and is the youngest in the squad.

Like human security enforcers, these dogs undergo strict training for months or a year, depending on the dog’s capacity, their handlers said.

Other devotees, especially children, also adore these dogs, as they also crowded around them at a corner along Quezon Boulevard near the Quiapo Church. /ee 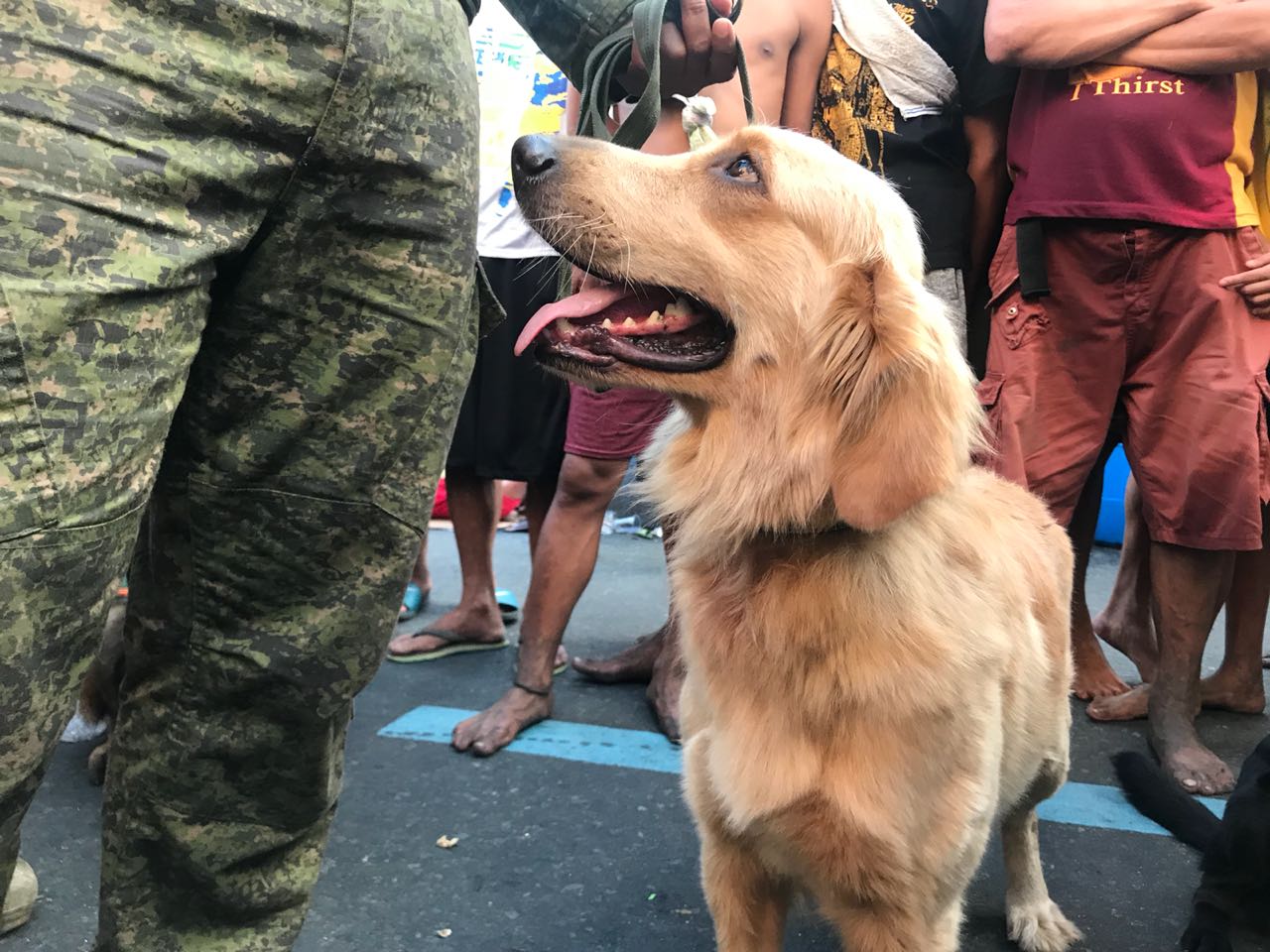 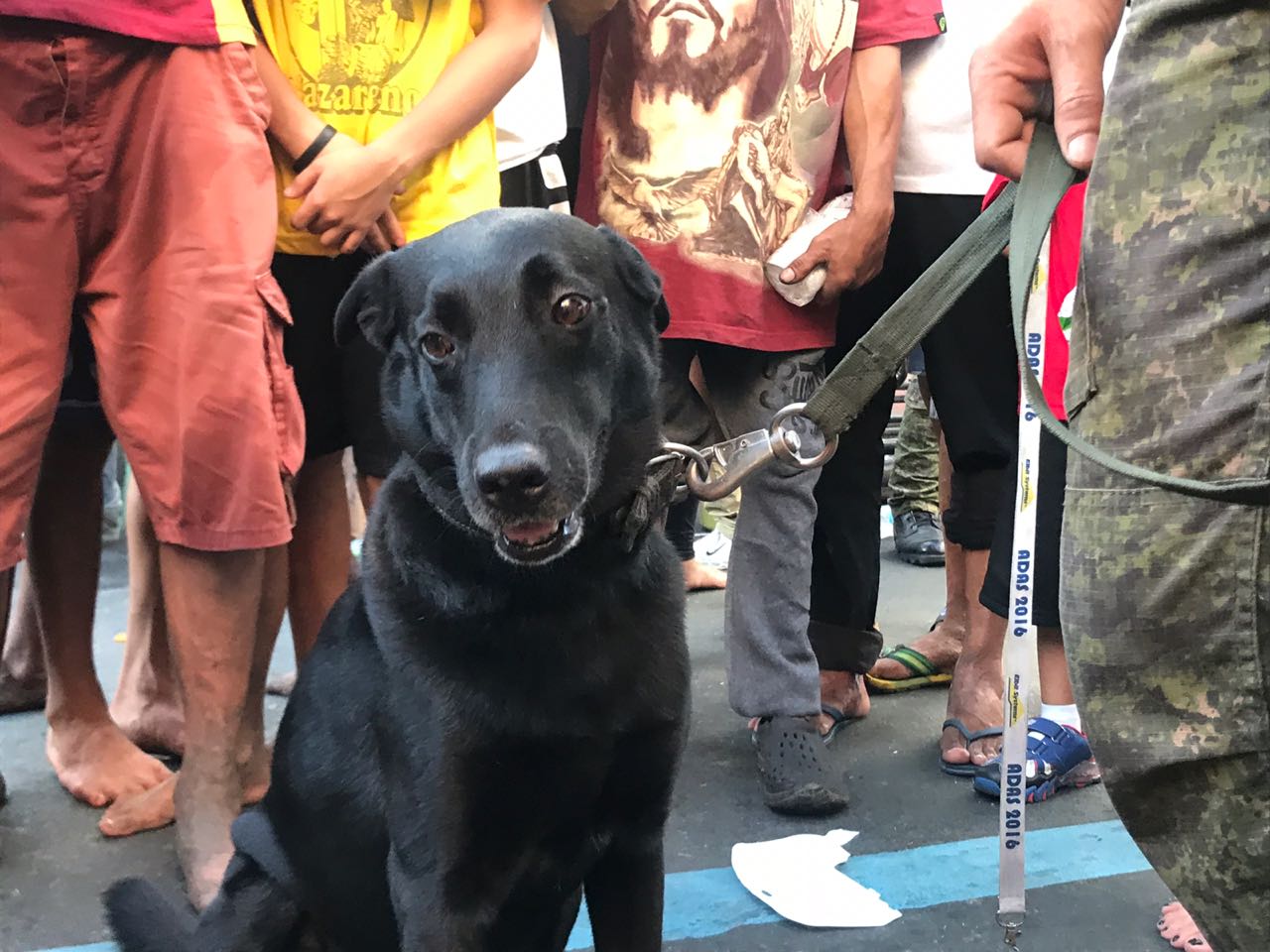 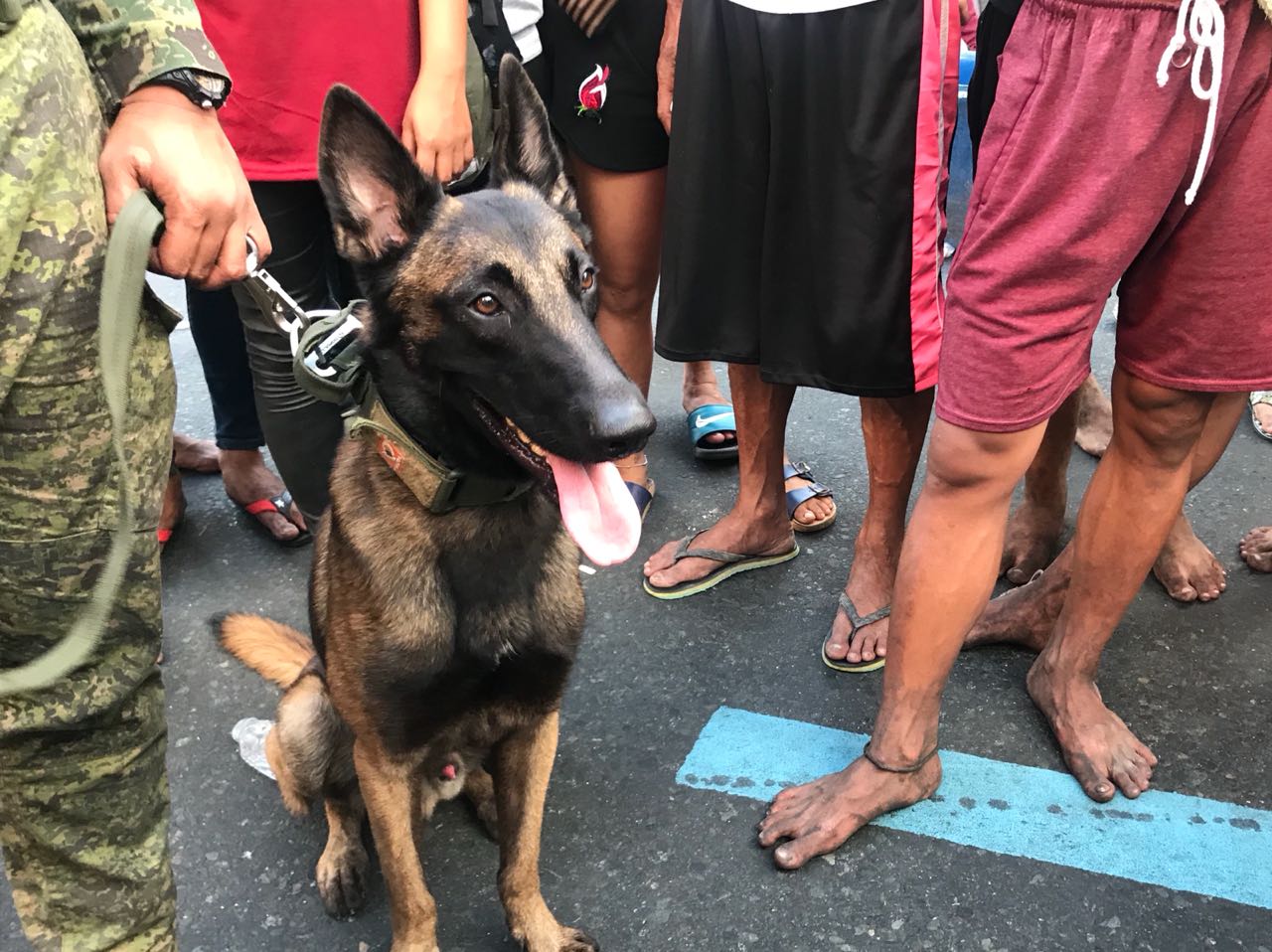