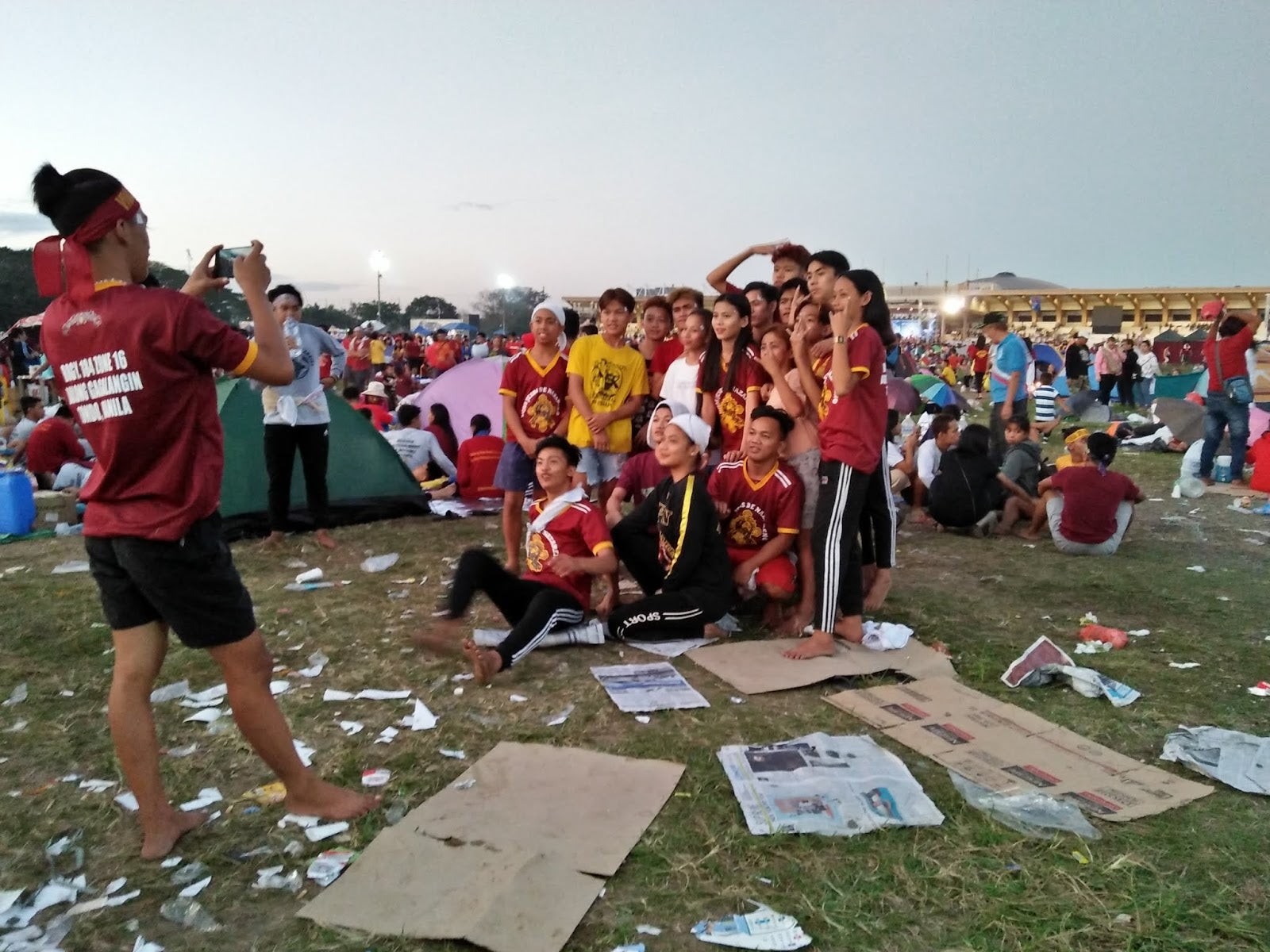 MANILA, Philippines — Environmental group EcoWaste Coalition lamented on Wednesday that their plea for a trash-free Traslacion fell on “deaf ears” as piles of garbage were left along the procession route on Wednesday.

“Our public appeal for a trash-less Traslacion has again fallen on deaf ears. Many people unashamedly threw their garbage anywhere turning the parade ground fronting the Quirino Grandstand into a dumping ground,” Daniel Alejandre, zero waste campaigner, said in a statement.

Some of the families who stayed at the Rizal Park for an overnight vigil also left piles of trash, the group said.

“Families and barkadas who flocked to the park and even set up tents for the overnight vigil left piles of rubbish behind just like in previous years. There were many urine-filled PET bottles lying on the ground,” Alejandre said. 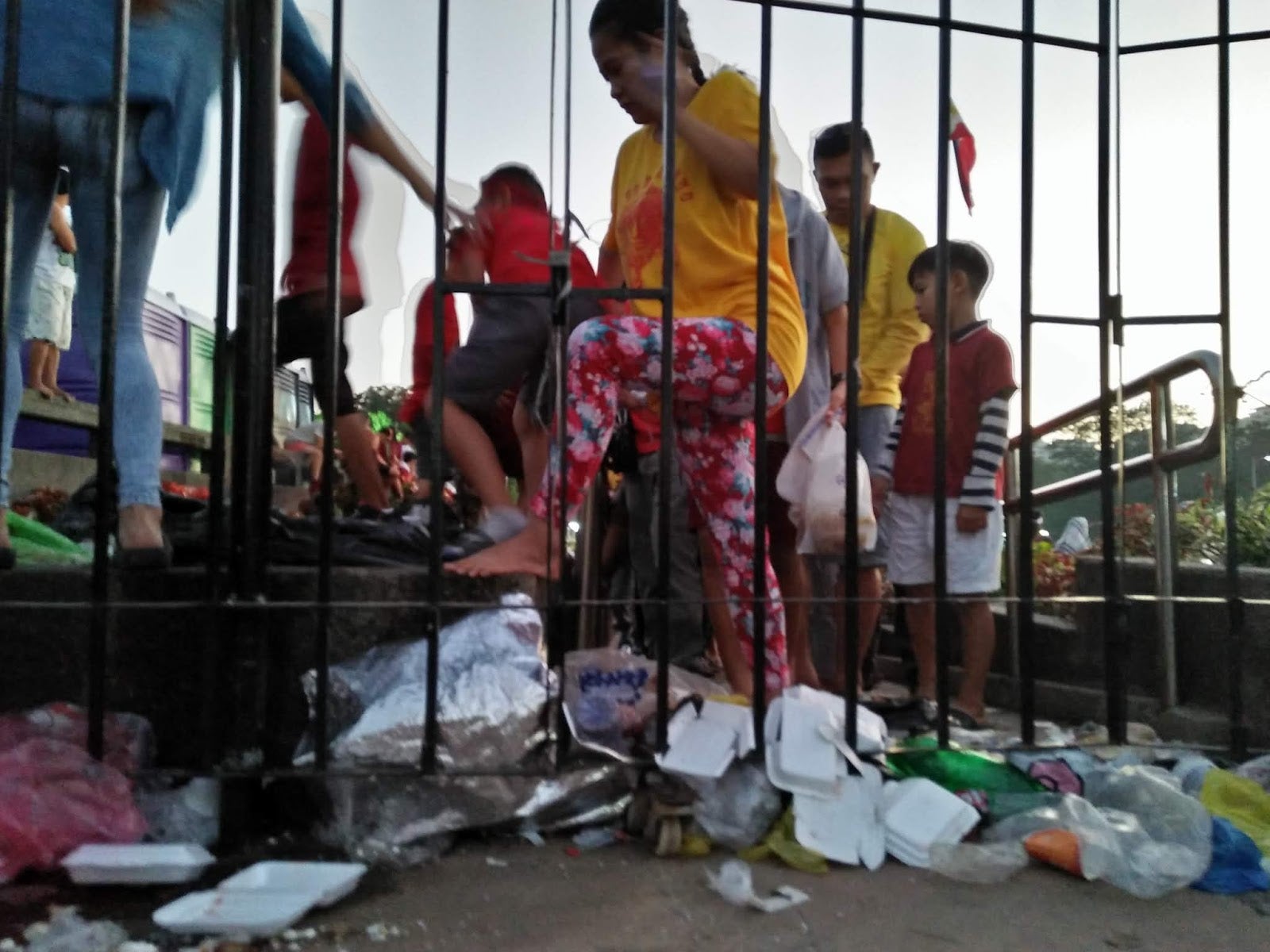 The EcoWaste Coalition also reported that litter was “dreadful” in the Quiapo district.

The group also lamented that tarpaulins promoting 2019 election candidates were put up on lamp posts, trees and in some of the prayer stations along the procession route, despite its earlier appeal not to politicize the religious event. 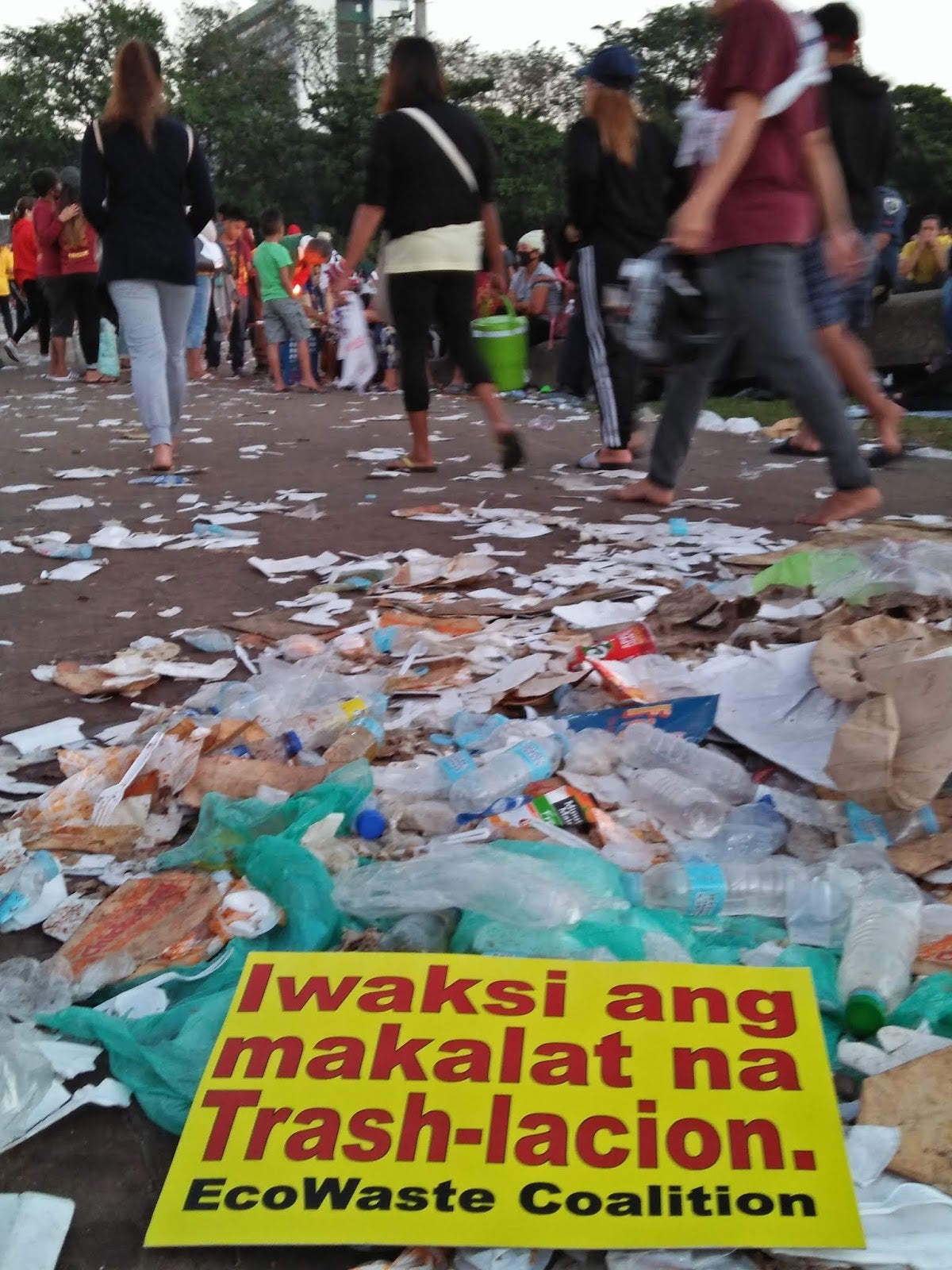 “The blatant premature campaigning by some politicians was in bad taste. We doubt if they will earn pogi points for politicizing the Traslacion,” Alejandre said.