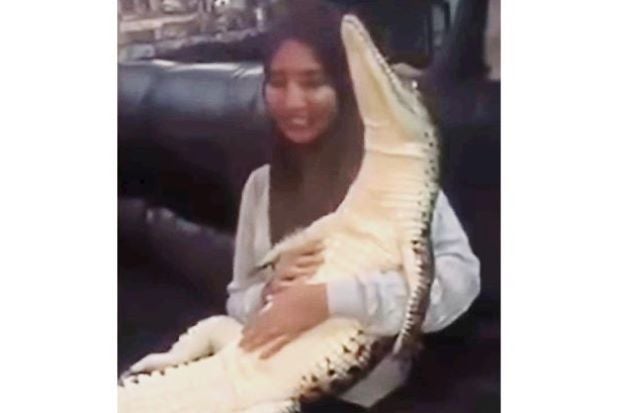 Photo from The Star/Asia News Network

KUALA LUMPUR — A woman in Kota Baru, who captured a crocodile behind her house, was heavily criticised when a photograph emerged on social media showing her hugging the reptile.

Azy Nadia Aziz, 22, was seen holding the 1.5m-long crocodile while sitting on a sofa in her living room, reported Harian Metro.

“I saw that the crocodile was not moving and it was not aggressive, so I captured it and brought it into my house.

In response to her critics, Azy said: “Stop criticising me as I did not keep it as a pet. I only captured it for a while.”