What Went Before: The impeach rap vs Justice Del Castillo 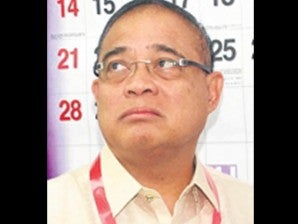 In May, the House of Representatives’ committee on justice declared an impeachment complaint against Supreme Court Associate Justice Mariano del Castillo sufficient in form. The vote was 11-10, with one abstention.

The complaint stemmed from a decision written by Del Castillo in April 2010, when the high court dismissed a petition filed by 70 Filipino “comfort women” led by Isabelita Vinuya, 79. The women—victims of sexual abuse by the Japanese Imperial Army during World War II—had asked the high court to compel the Philippine government to seek a public apology and reparation from Japan.

In July 2010, the women’s lawyers, Harry Roque and Romel Bagares, filed a supplemental motion for consideration, claiming that the decision had been plagiarized. They said passages had been lifted without attribution from articles in the Yale Law Journal and the Western Reserve Journal of International Law and a portion of a book by the Cambridge University Press.

The works from which passages were taken were: “A Fiduciary Theory of Jus Cogens” by Evan J. Criddle and Evan Fox-Decent, “Breaking the Silence: Rape as an International Crime” by Mark Ellis, and “Enforcing Erga Omnes Obligations” by Christian J. Tams.

Roque and Bagares said “at least three sources” were plagiarized to “make it appear that these sources support the judgment’s arguments.”

“In truth, the plagiarized sources even make a strong case for the petition’s claims,” they said.

The lawyers said the most extensively plagiarized article was the one by Criddle and Fox-Decent. They said the article supported the women’s case—that the state could not set aside such crimes as genocide, torture and similar “grave offenses.”

They cited 31 passages that, they said, made no reference to the article.

In the same month, author Ellis himself sent an e-mail to the high court saying it “may have misread” his article to justify its position that the comfort women had no legal remedy to press their demand against the Japanese government.

Ellis, the executive director of the International Bar Association composed of 198 national bar associations with 40,000 members worldwide, asked the high court to “take the time to carefully study the arguments” he had made in his article, and said he looked forward to a response.

The high court said Ellis’ e-mail would be referred to the ethics committee especially formed to look into the matter.

In a statement issued on Aug. 10, 2010, 37 law professors of the University of the Philippines said Del Castillo’s purported plagiarism was “unacceptable, unethical and in breach of the high standards of moral conduct … expected of the Supreme Court,” and called for his resignation.

In October 2010, the high court voted 10-4 to dismiss the plagiarism case filed by Roque and Bagares. (Del Castillo took no part in the proceedings.)

It said that there was no acknowledgement of Del Castillo’s sources in the decision because of his legal researcher’s accidental deletion of the footnotes, and that he could not have “twisted” the meaning of the lifted passages because these only provided background facts in international law.

On Dec. 14, 2010, 11 members of the House filed an impeachment complaint against Del Castillo for betrayal of public trust. They said that “in twisting the true intents of the sources, [Del Castillo] misled the other members” of the high court. Inquirer Research