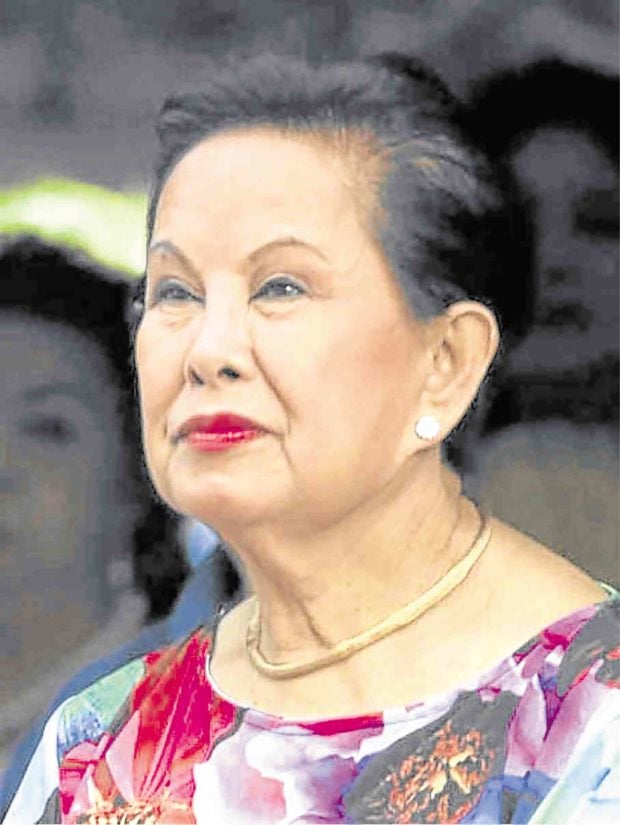 Former Makati City Mayor Elenita Binay has challenged in the Supreme Court the Sandiganbayan’s admission of several key pieces of evidence against her in connection with the case regarding the allegedly anomalous purchase of P45 million worth of beds, cabinets and sterilizers for the Ospital ng Makati (OsMak).

In a 22-page petition — a copy of which was forwarded to the Sandiganbayan Third Division on Tuesday — Binay argued that several documents should have been excluded under court rules.

This included the supposed original copy of the Commission on Audit’s Special Task Force report regarding the supposed irregularities in the city’s infrastructure projects and procurement processes in 2000 and 2001.

Binay questioned the document’s authenticity because it was presented by former Vice Mayor Ernesto Mercado who was “undeniably not the legal custodian of the said document.”

She pointed to Mercado’s admission that the report was “merely turned over to him by someone who [had] not been established to be [its] legal custodian.”

Binay also claimed the report was not presented and marked as evidence during pretrial in violation of court rules.

At the same time, she objected to the Sandiganbayan’s admission of photocopies of the audit report, several attachments and related orders, saying these were in violation of the “best evidence rule.”

“From the records therefore, it is undisputed that the original copies of the documents were never presented in court during trial, neither did the prosecution lay the basis for the presentation and admission of secondary evidence,” she said.

Binay likewise opposed the inclusion of the minutes of the COA’s audit conferences with city government officials for being “immaterial” to the allegations.

Besides questioning the admission of these key pieces of evidence in the Supreme Court, she also separately sought the Sandiganbayan’s permission to file a demurrer to cut the trial short and dismiss the case on the grounds of insufficiency of evidence.

In the motion for leave to file her demurrer, she also raised the same arguments regarding the admissibility of the prosecution’s evidence against her.

Prosecutors had charged Binay with two counts each of graft and malversation, questioning the lack of bidding for the 2001 deals with Apollo Medical Equipment and Supplies.

They claimed that the supplier’s status as exclusive distributor was “later determined to be spurious.”

Besides these cases, Binay also faces a graft case in the Fifth Division in connection with the allegedly anomalous procurement of P72.06 million worth of furniture for the Makati City Hall in 1999.