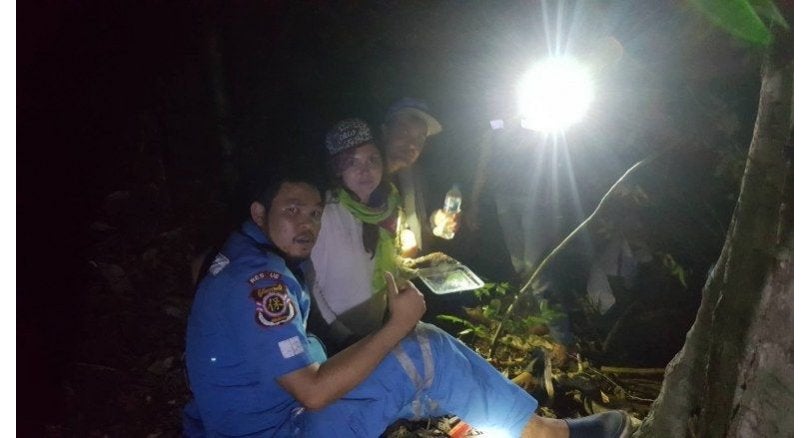 BANGKOK — A Ukrainian couple was rescued in the early hours of Monday some eight hours after getting lost while climbing to a viewpoint on a mountaintop in Krabi’s Muang district.

They started climbing up Khao Ngon Nak Mountain to the viewpoint at 5pm but found themselves lost so used a mobile phone to contact the staff of their hotel and ask for help.

They said they were walking on the track at the back of the mountain, which is located behind their hotel. The Haad Thap Kaek National Park had announced the closure of this track on January 3 following heavy rain and told tourists to use the path at the front of the mountain.

After being informed by hotel staff, the park dispatched two teams to search for the couple, who later managed to share their location on their smartphone with the search teams.

The rescuers found the couple at 1am and gave them food and water before leading them safely back to their hotel.