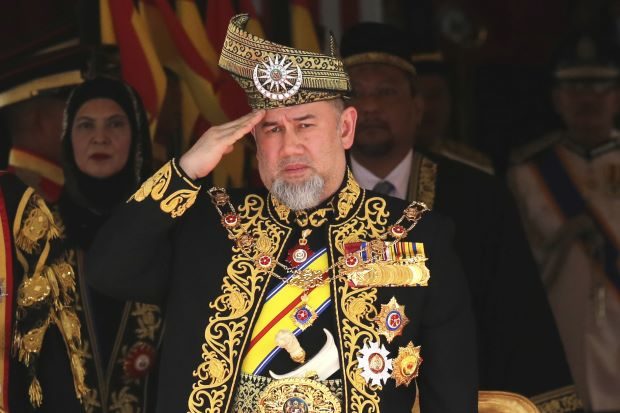 KUALA LUMPUR — Leaders and most netizens on social media on Sunday (Jan 6) night expressed shock and sadness over the resignation of Sultan Muhammad V as the 15th Yang di-Pertuan Agong.

The news of his resignation, which became known late Sunday evening received a myriad of reactions, expression of affection and the highest appreciation for the service of Sultan Muhammad V during his reign as the Yang di-Pertuan Agong.

Former prime minister Datuk Seri Najib Tun Razak in a brief posting on his Facebook paid tribute to and gave the highest appreciation to Sultan Muhammad V on his service as the 15th Yang di-Pertuan Agong.

“We Malaysians pray for his health and that he is protected by Allah. Long live the King! ” he said.

“May Malaysia no longer continue having political detainees,” she said on Twitter.

Following the Yang di-Pertuan Agong’s resignation, netizens have been asking who his successor will be.

Among the comments posted by netizens was one by Syamil Hmd, who said: “Sad Tuanku. But whatever it is, my King sits on the throne to protect the people. Allahuakhbar, Daulat Tuanku.”