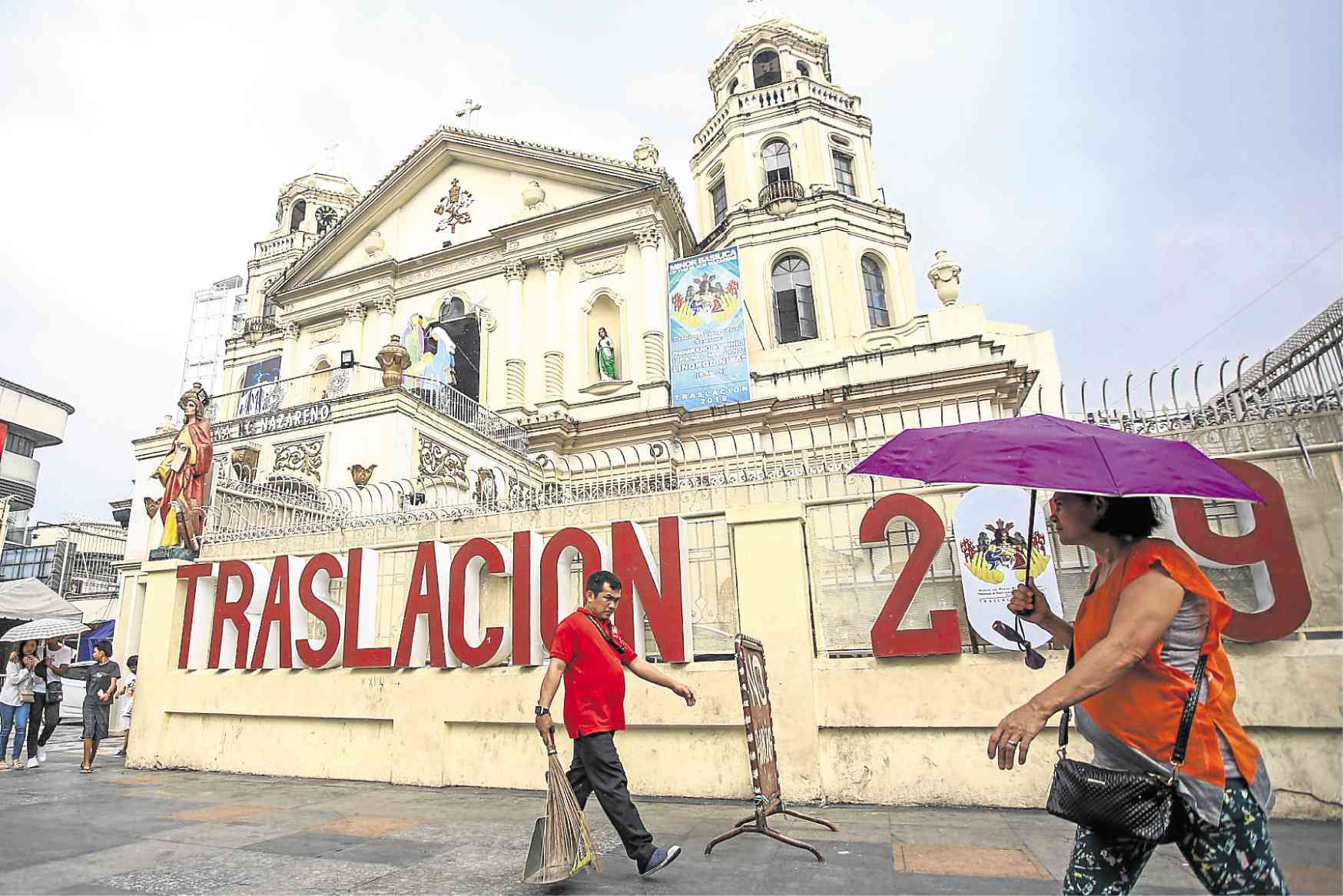 The Quiapo Church waits for the crowds before the Traslacion 2019 which commemorates the transfer of the image of the Black Nazarene from its original repository in Intramuros to its present home. INQUIRER / PHOTOS BY JAM STA ROSA

MANILA, Philippines — Police arrested a 42-year-old vendor outside the Quiapo church in Manila on Sunday after they found an improvised gun and bullet in his bag three days before Traslacion 2019.

Police said PO1 Niel Payrick Galiza and several other officers were doing clearing operations and a security sweep along Quezon Boulevard when they saw a black bag hanging near the church.

The lawmen ran a metal detector over the bag and it beeped, which prompted them to look for its owner.

A certain Peter Coderias showed up and claimed the bag, police said Monday.

Police searched the bag in front of Coderias and found an improvised gun and two 12-gauge shotgun cartridges inside, prompting them to arrest the vendor, who sold Rosaries near one of the church’s doors.

Coderias was detained at the Sta. Cruz Police Station where he faces charges of illegal possession of a firearm and ammunition. /cbb