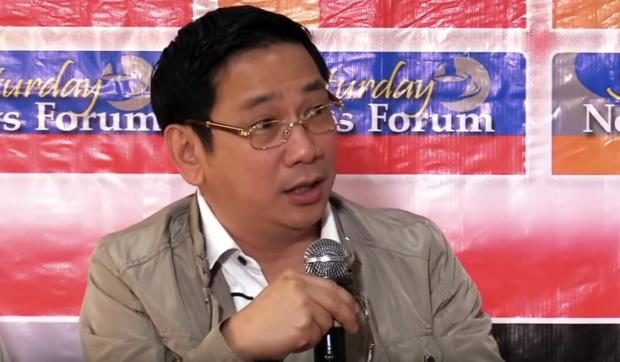 MANILA, Philippines–An official of the Department of Environment and Natural Resources (DENR) on Friday criticized Albay Gov. Al Francis Bichara for his ignorance on the existence of geohazard maps given by the department to the Albay provincial government regarding landslide-prone areas.

“As far as DENR is concerned, we have issued geohazard maps to Albay as early as 2017, addressed to the Albay Public Safety office,” Undersecretary Benny Antiporda, DENR spokesperson, said.

This development came after Bichara put the blame on DENR regarding the landslide-prone areas in Albay, saying the department did not inform the public about the condition of soil in certain areas that were devastated recently by landslides brought about by tropical depression “Usman.”

“Don’t blame us, the DENR should remind communities about tolerance of soil to absorb water,” Bichara said in a television interview.

The Albay governor claimed that residents in Albay did not have appropriate information on how certain soil are prone to landslides. 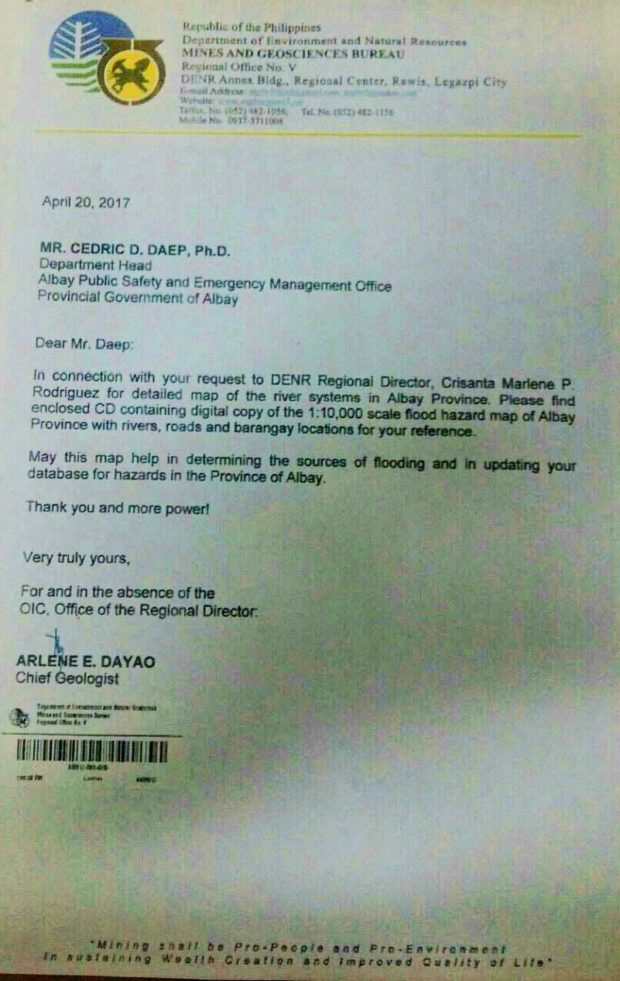 The DENR, however, belied Bichara’s claims saying the department has updated its geohazad mapping in the region and, in fact, furnished the Albay provincial government with a copy of such geohazard map as early as April of 2017.

Undersecretary Benny Antiporda, DENR spokesperson, said that on April 20, 2017, the DENR regional office in Albay furnished the Albay Public Safety and Emergency Management Office with a detailed map of the river system in Albay province and enclosed with it a CD containing a digital copy of the “1:10,000 scale flood hazard map of Albay province with rivers, roads and barangay locations.”

Antiporda said it is very unfair for Bichara to point the accusing finger on the DENR regarding the recent calamity that hit the Bicol region.

“Maybe it’s about time for the honorable provincial governor to review their coordination system in the provincial capitol rather than pointing their finger at the national government,” Antiporda said in an interview with INQUIRER.net.

Antiporda advised all the provincial governments and local government units to seriously consider the importance of the geohazard maps the DENR is issuing because this type of data could help them plan ahead and save the lives of their constituents. /jpv