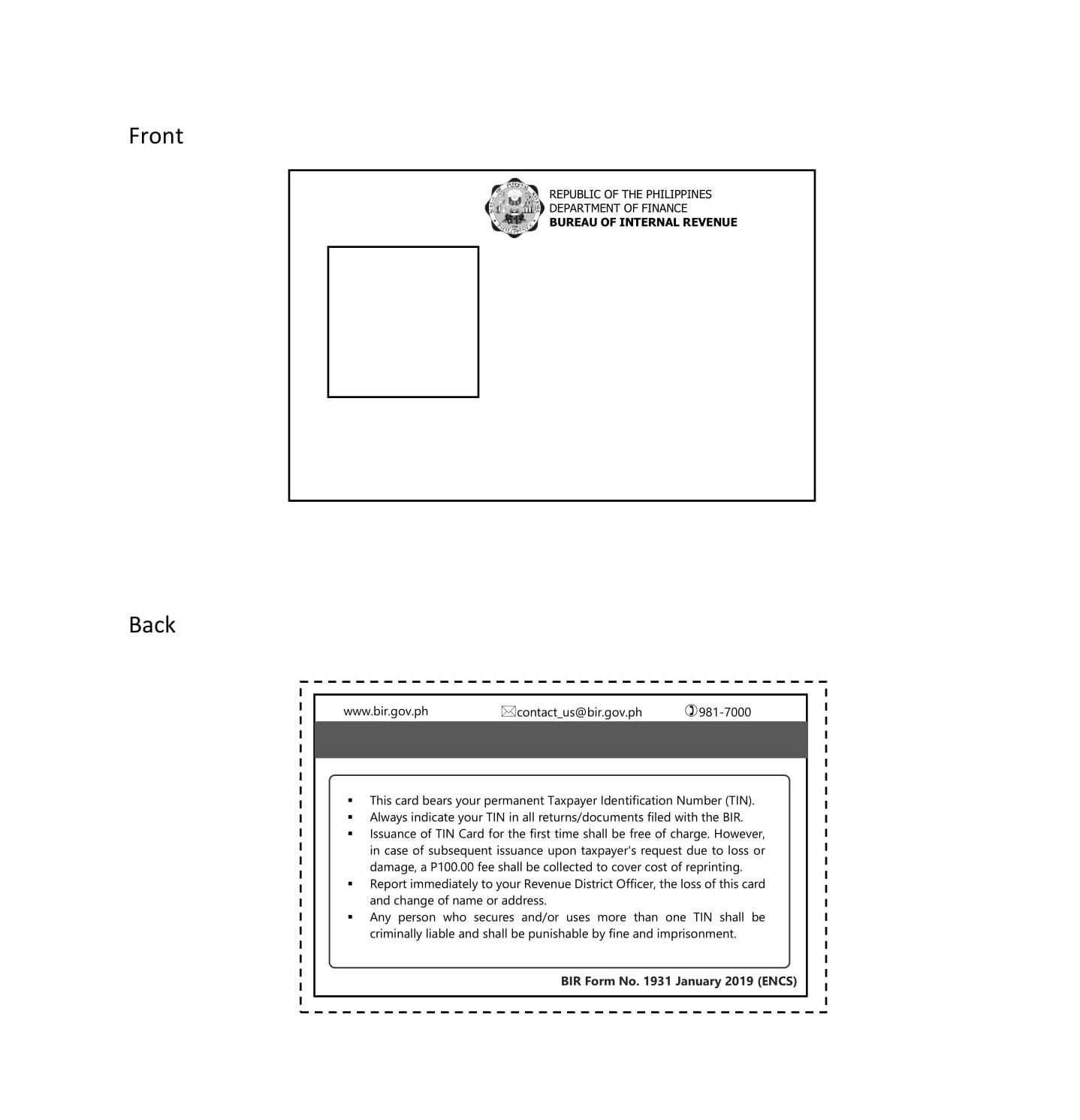 To address the “rampant” sale of fake tax identification number (TIN) cards, the Bureau of Internal Revenue (BIR) will introduce a new design that would be more difficult to counterfeit.

“It has been observed that selling of fake TIN card is rampant and increasing (e.g., online selling through Facebook, selling by fixers to taxpayers while transacting in other government agencies, etc.). Hence, it has been decided to redesign the TIN card and at the same time declare it as an accountable form in order to address the issue of the unauthorized issuance of TIN card within and outside the BlR,” Internal Revenue Commissioner Caesar R. Dulay said in Revenue Memorandum Order (RMO) No. 2-2019 issued Jan. 3.

The new TIN card, or BIR Form No. 1931, will have a pre-numbered sequential serial number, which will allow BIR offices and personnel to control them and be accountable for their release.

The new TIN card design will be rolled out this month, based on a sample provided by the BIR on its website.

BIR personnel involved in issuing these cards will have to report on a monthly basis their receipts, issuances, transfers, and balances of accountable forms.

Based on the sample, while the first time issuance of the new TIN card will be free of charge, a fee of P100 must be paid to replace lost or damaged cards.

Former BIR chief Kim S. Jacinto-Henares had planned to issue “smart” TIN cards before her term ended in 2016, but this did not push through.

Unlike the cardboard IDs being issued for free, the smart ID cards were supposed to be slapped a fee.

A smart card is defined by BusinessDictionary.com as a “plastic card with an embedded microprocessor chip, electronic memory, and a battery,” which is being used to authenticate, manage and store information. Some of these cards, which have the same size as a credit card, may be swiped through a magnetic reader, BusinessDictionary noted.