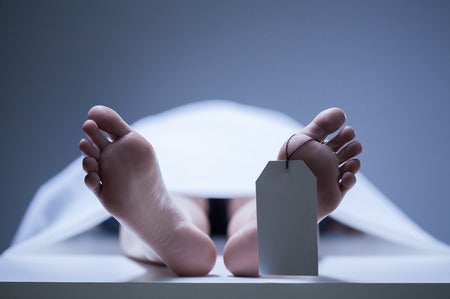 A man died on the last day of the year, Dec. 31, 2018, in the waiting room of the emergency section of a public hospital in Canberra, Australia, while he waited for treatment.

A witness named Jenny said she was with her son in the waiting room of the Calvary Public Hospital when the unidentified man was discovered. A woman next to him realized that he was unresponsive, The Canberra Times reported.

“She just screamed ‘quick, press the buzzer, he needs help,'” Jenny said, quoting the woman who sat next to him. A code team arrived and tried to revive the man, who was then pronounced dead.

She added that the man, believed to be in his 40s, was waiting alone in the hospital. The report also cited that he had been dead for a couple of hours.

“This poor man died in a chair,” the witness said in the report. “Everyone was just shocked, it was so distressing. I’m still having flashbacks and I used to be a nurse.”

A spokesperson for the hospital was unable to give details on the matter but said that the man’s death has been referred to a coroner. Katrina Hallare/JB