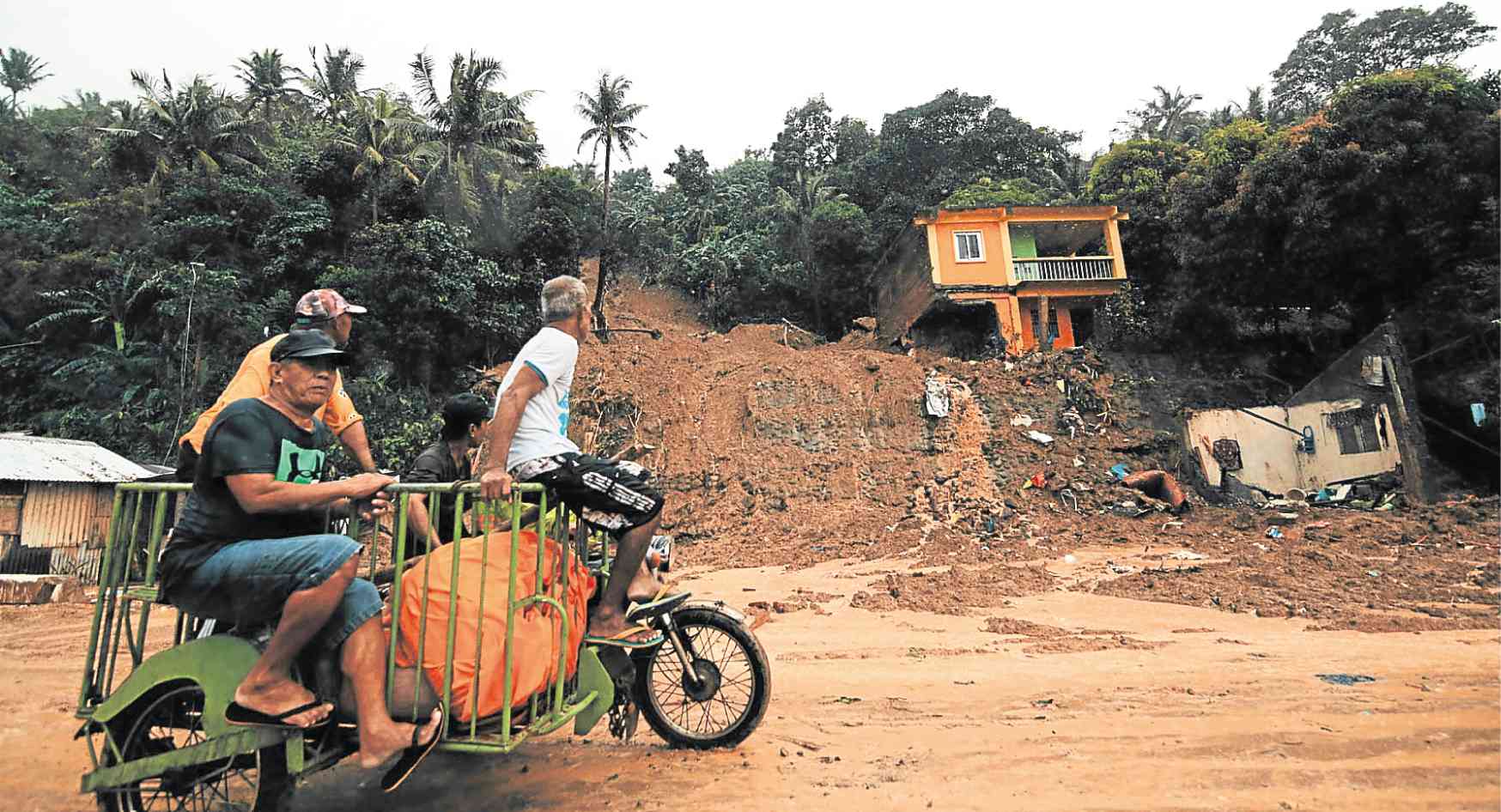 Nine people died when this hillside in Barangay Sugod in Tiwi, Albay, collapsed and buried houses amid heavy rain during the last week of 2018. PHOTO BY GEORGE GIO BRONDIAL

NAGA CITY, Philippines — Nearly a week after the onslaught of Tropical Depression “Usman,” later downgraded to a low pressure area, the number of bodies recovered from landslides and floods has risen to 105.

At least 20 are still reported missing.

Thirty of the 105 victims were from Sagñay town in Camarines Sur province, according to the latest consolidated report from the Office of Civil Defense (OCD) Bicol.

Retrieval operations to find 16 others buried by the landslide that hit Patitinan village continues Thursday. 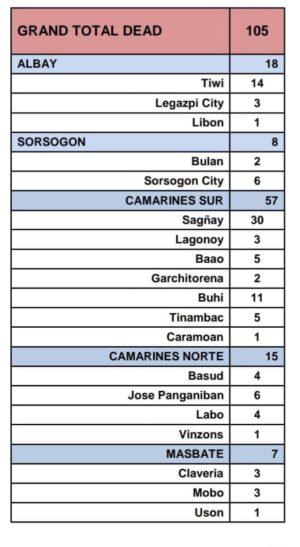 DATA FROM THE BICOL OFFICE OF CIVIL DEFENSE

In Tiwi, Albay, 14 bodies have been identified while three were still missing.

In Buhi, Camarines Sur, 11 have been identified. However, the last count from the Philippine National Police placed the number of identified fatalities in the town at 12.

On Wednesday, all the fatalities in Buhi have been buried either at the Buhi Catholic Cemetery or the Buhi Municipal Cemetery. All the victims were members of the indigenous people Mt. Iraya Agta.

In Balatan, Camarines Sur, one resident has yet to be found.

Meanwhile, the provinces of Albay and Camarines Sur including Naga City, have suspended Thursday classes in all levels and instead moved the first day of classes to Monday (January 7). /cbb