BIFF: We’re not out to sabotage BOL plebiscite 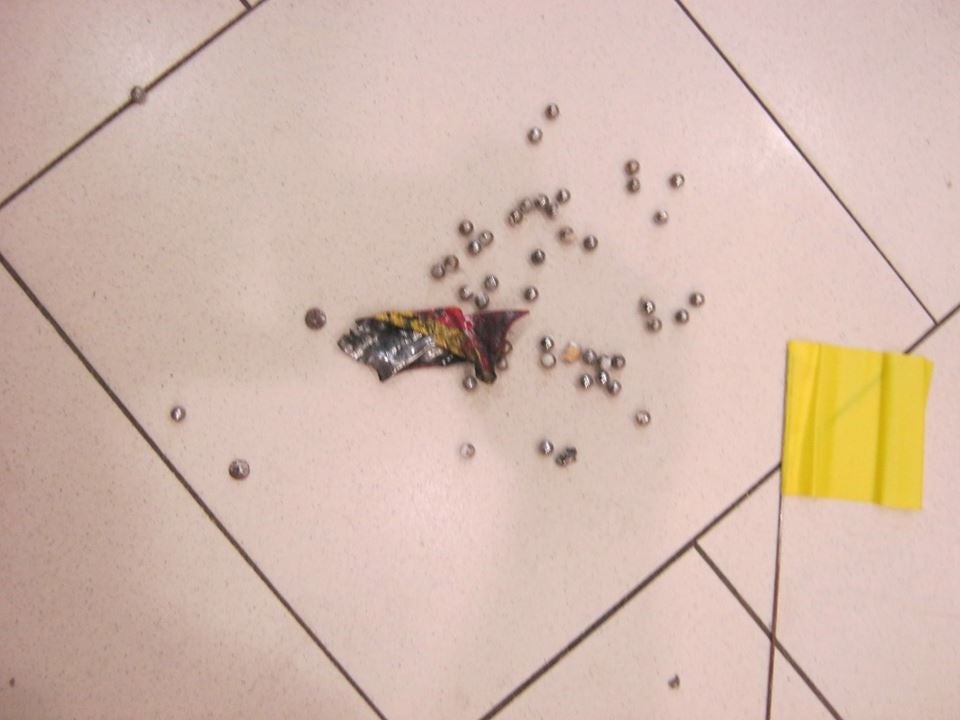 DEADLY BALLS Police investigators found these ball bearings at the baggage counter on the second floor of South Seas Mall in Cotabato City on Monday. Ball bearings can be used as shrapnel in a homemade bomb similar to the one that went off at the baggage counter near the entrance to the shopping mall on New Year’s Eve, killing two people and injuring 34 others. PHOTO FROM PHILIPPINE ARMY 6TH INFANTRY DIVISION

KORONADAL CITY—The Bangsamoro Islamic Freedom Fighters (BIFF) on Wednesday said it supported the creation of a new autonomous region in Muslim Mindanao as it reiterated that it had no hand in the bomb explosion at a shopping mall in Cotabato City that killed two people and injured more than 30 others on New Year’s Eve.

In a radio interview here, Abu Misry Mama, spokesperson for the BIFF, condemned the bomb attack, saying it could have been carried out by some group opposed to the holding of a plebiscite for the ratification of the Bangsamoro Organic Law (BOL), the charter of the proposed Bangsamoro Autonomous Region in Muslim Mindanao (BARMM).

The BARMM, which will have more autonomy, will replace the Autonomous Region in Muslim Mindanao.

A homemade bomb packed with cut nails and ball bearings went off in front of the baggage counter at the entrance to South Seas Mall along Don Rufino Alonzo Avenue in Cotabato City at 1:59 p.m. on Dec. 31, killing a woman and the driver of a member of the Bangsamoro Transition Commission (BTC), a joint government-MILF body overseeing the shift to the BARMM.

Thirty-four other people were injured in the attack, three of them critically.

Mama condemned the “violence directed [at] civilians,” and said he had relatives among those who were injured in the attack.

“[We are] not out to sabotage the plebiscite,” he added.

The BIFF has sworn allegiance to the Islamic State (IS) jihadi group in Iraq and Syria, and is the target of a military offensive in Maguindanao province.

On Tuesday, Maj. Gen. Cirilito Sobejana, commander of the Army’s 6th Infantry Division, said the bomb attack in Cotabato City could have been carried out in retaliation for his unit’s offensive against the BIFF.

Sobejana said the bomb had the signature of the Daulah Islamiyah, a splinter of the BIFF, but Mama denied the group was involved in the attack.

The government condemned the attack and promised to bring the perpetrators to justice.

“Let’s trust that the perpetrators will be brought to justice and that acts like this will be stopped,” Presidential Adviser on the Peace Process Carlito Galvez Jr. said in a statement on Tuesday.

Galvez, a former chief of staff of the Armed Forces of the Philippines, appealed to the public for sobriety and advised against spreading “unfounded speculations.”

He described the explosion as an “isolated case” and gave assurance that state security forces were on top of the situation.

Chief Supt. Eliseo Rasco, Soccsksargen police director, said on Wednesday that a special investigative body had been formed to expedite the investigation of the explosion and put the perpetrators behind bars.

Rasco said that while the investigators were looking at the possibility of retaliation by IS-inspired groups, they were not discounting “destabilization” by a group opposed to the ratification of the BOL.

Commenting on mounting criticism that the attack happened despite the enforcement of martial law in Mindanao, Chief Supt. Benigno Durana, spokesperson for the Philippine National Police, on Wednesday said martial law enabled the military to “prevent and preempt” terror attacks.

But “the security forces cannot guard every inch of Mindanao,” he said. “That’s why the people’s cooperation and vigilance is . . . important in keeping our communities safe and secure.”

Senate President Vicente Sotto III on Wednesday said the explosion in Cotabato City showed the need to amend the Human Security Act of 2007.

The Senate is studying proposed amendments to the law, including extending the period for which suspected terrorists may be detained legally and authorizing the state to shut down social media accounts found to be inimical to the national interest. —WITH REPORTS FROM JEANNETTE I. ANDRADE, JAYMEE T. GAMIL, DJ YAP AND EDWIN FERNANDEZ