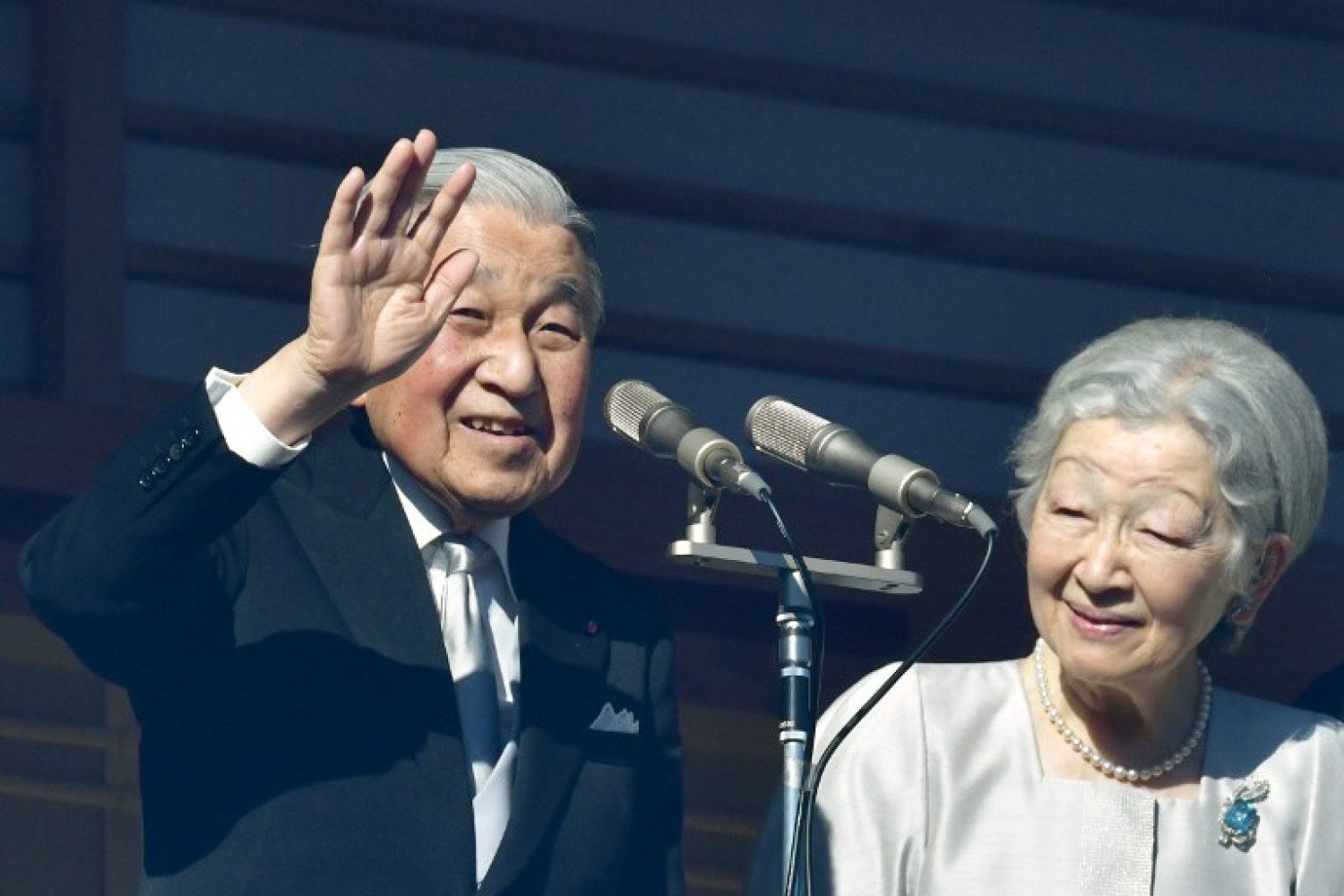 Japan’s Emperor Akihito waves to well-wishers beside Empress Michiko from the balcony of the Imperial Palace in Tokyo on January 2, 2019. AFP

TOKYO, Japan – Japan’s Emperor Akihito delivered his final New Year’s address Wednesday before his abdication later this year, telling tens of thousands of well-wishers he was praying for peace.

The Imperial Palace said more than 72,000 people flocked to the royal residence on Wednesday morning alone, with many more still arriving for a final chance to see the 85-year-old royal deliver his traditional new year’s greeting.

The emperor will become the first Japanese monarch to abdicate in around two centuries when he steps down from the throne on April 30, ending his three-decade reign.

“I’m sincerely glad to celebrate the New Year together with you under the clear sky,” he told thousands of people, many waving Japanese flags and shouting “Banzai” or “long live.”

“I pray for the peace and happiness of the people of our country and the world,” the soft-spoken Akihito added, flanked by Empress Michiko and other family members.

The emperor delivers a brief New Year’s greeting every year and was expected to appear five times on Wednesday to address as many well-wishers as possible.

Some in the morning crowd yelled “Thank you very much” as the emperor waved, while others sang the national anthem. One woman in the front row shed tears as she looked up at the balcony.

Akihito shocked the country in 2016 when he signaled his desire to take a back seat, citing his age and health problems.

His eldest son, Crown Prince Naruhito, is set to ascend the Chrysanthemum Throne a day after his father’s abdication, continuing the rule of the world’s oldest imperial family.

The status of the emperor is sensitive in Japan given its 20th century history of war waged in the name of Akihito’s father Hirohito, who died in 1989.

Akihito has keenly embraced the more modern role as a symbol of the state-imposed after World War II ended. Previous emperors including his father, Hirohito, had been treated as semi-divine.

In a rare emotional address to mark his 85th birthday last month, Akihito pointed to the “countless lives” lost in the war.

“It gives me deep comfort that the Heisei Era (his reign) is coming to an end, free of war in Japan,” he said.

Akihito has used his speeches and travels to express his strong pacifist views, which are sharply at odds with the aggressive expansionism Japan pursued under his father’s rule.

Akihito has also worked to bring the royal household closer to the people and frequently visited the disadvantaged and families hit by natural disasters. /cbb