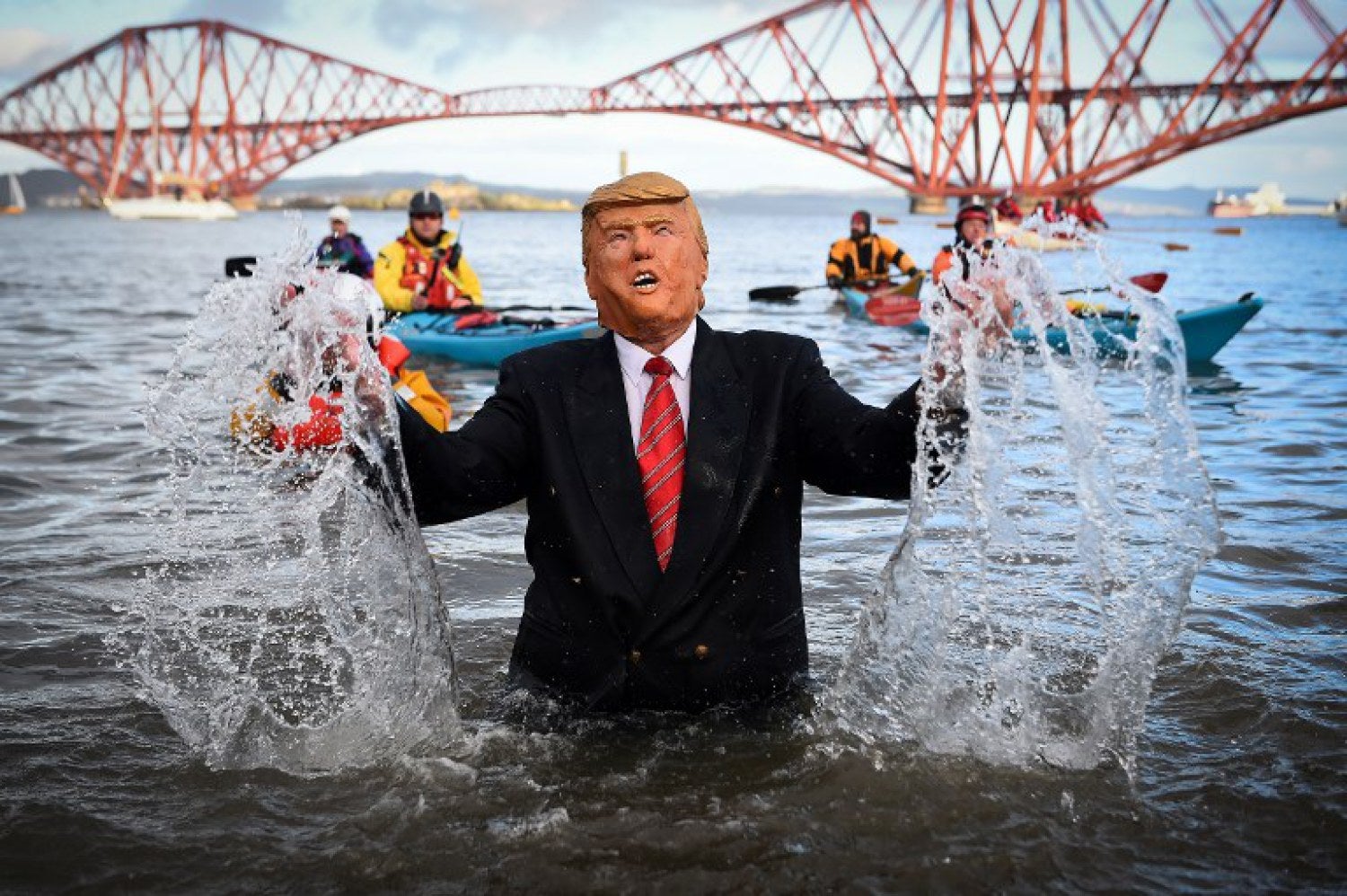 A participant dressed as US President Donald Trump takes part in the annual New Year’s Day “Loony Dook” swim, in the Firth of Forth, in South Queensferry, near Edinburgh, the United Kingdom, on January 1, 2019. Every year people brave the River Forth, near the Forth Bridge, on New Year’s Day to see in the New Year and raise money for charity. AFP

WASHINGTON, United States – For many, the New Year presents an opportunity for introspection and vows of self-improvement.

Not so for US President Donald Trump, who kicked off 2019 in characteristically belligerent fashion, tweeting an all-caps message to his critics, telling them to “CALM DOWN AND ENJOY THE RIDE.”

“HAPPY NEW YEAR TO EVERYONE, INCLUDING THE HATERS AND THE FAKE NEWS MEDIA! 2019 WILL BE A FANTASTIC YEAR FOR THOSE NOT SUFFERING FROM TRUMP DERANGEMENT SYNDROME,” he wrote.

“JUST CALM DOWN AND ENJOY THE RIDE, GREAT THINGS ARE HAPPENING FOR OUR COUNTRY!”

The tweet was followed a short while later with a more conventional — and decidedly more subdued — greeting: “Happy New Year!”

The president, known for his round-the-clock use of the social network, later returned to some familiar recent themes, attacking opposition Democrats for not supporting his proposed wall along the southern border with Mexico and accusing them of not caring about “all of the crime and drugs that Open Borders bring.”

He also launched into retired general Stanley McChrystal, who had labeled Trump dishonest and immoral in an interview with CNN on Sunday.

McChrystal, whose last command was as the head of US and NATO forces in Afghanistan, was forced to step down after Rolling Stone magazine published a profile containing unflattering comments he had made about officials in the administration of former president Barack Obama, including then vice president Joe Biden.

Trump last deployed his “fired like a dog” insult against his former aide Omarosa Manigault Newman, but he has used the same expression about others in the past.

It is not clear exactly how a dog could be fired. /cbb