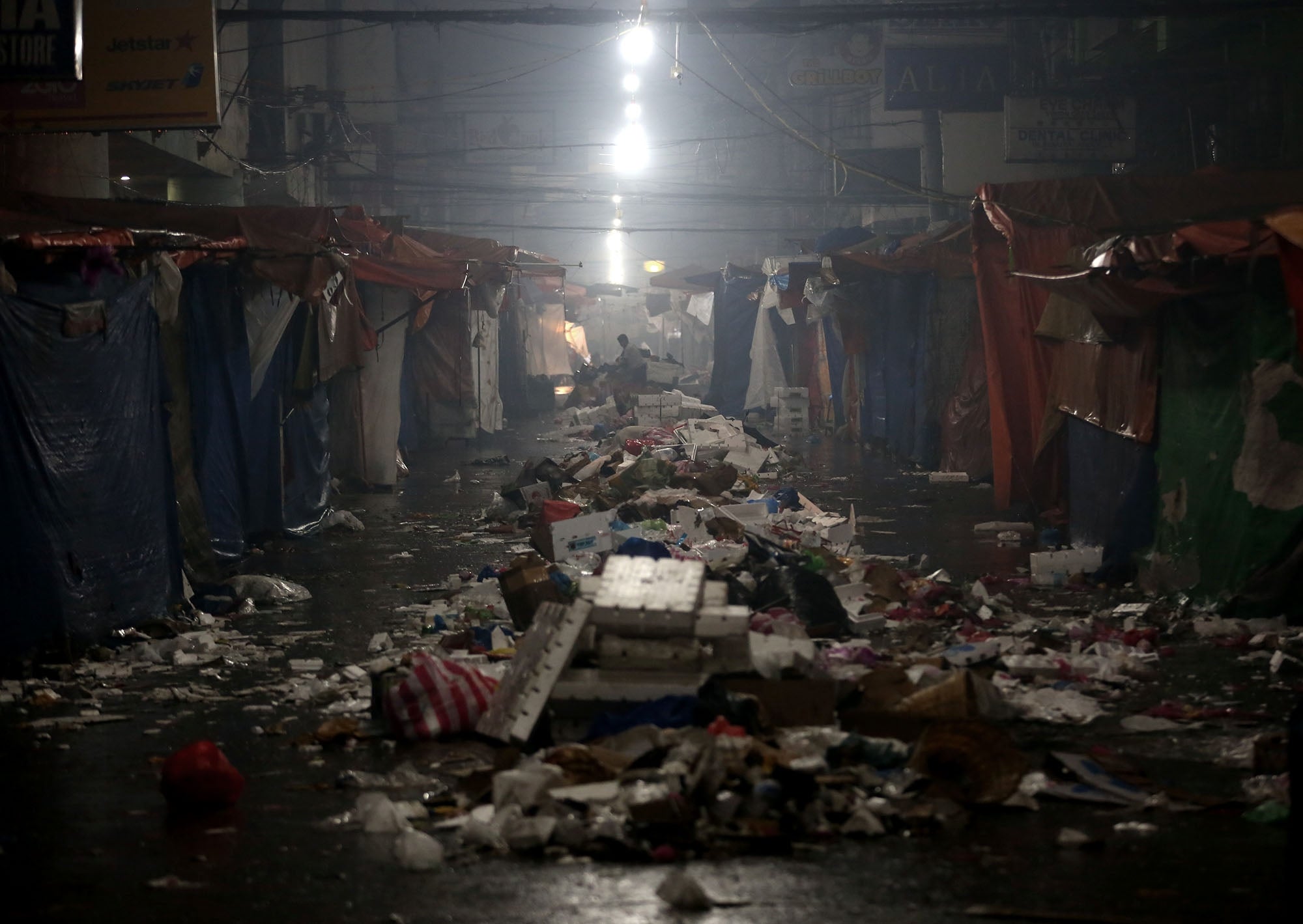 MESSY START Carriedo Street in Quiapo, Manila, is covered with trash on the first day of the year. RICHARD REYES

Residents of Metro Manila again greeted the New Year with revelries and feasts that produced piles of garbage, including plastics, an environmental group said on Tuesday.

To reduce waste, a lawmaker encouraged Filipinos to avoid the use of plastics altogether in 2019.

The EcoWaste Coalition on Tuesday cited the “unsightly and stinking” trash that piled up on the streets, sidewalks, parks and market areas hours after the traditional countdown to 2019 and the “media noche” feasts.

“It’s really great to see families happily celebrating the New Year. But what makes this beautiful tradition ugly is our penchant to consume and throw a lot of things,” Daniel Alejandre, EcoWaste Coalition’s Zero Waste campaigner, said in a statement.

EcoWaste monitors found streets surrounding bargain centers and marketplaces to be the filthiest in the metropolis, with garbage strewn across wide areas.

The group saw “widespread” dumping at the Balintawak market in Quezon City, on Recto Avenue and adjacent streets in Divisoria in Manila, at the Bonifacio Monument in Caloocan and around the Marikina public market.

“We found mixed waste dumped in our cities’ streets, including food leftovers, product packaging, plastics and hazardous residuals from firecrackers and fireworks,” he said.

EcoWaste blamed “crass consumerism” and poor waste-segregation practices for the huge amounts of garbage during the holidays.

Consumers should learn to properly sort disposables to hasten their reuse, recycling or composting, he said.

Sen. Loren Legarda called on Filipinos to adopt a zero-waste lifestyle as a New Year’s resolution.

“Let us welcome the new year with a resolve to be better citizens of the Earth by adopting an eco-friendly, zero-waste lifestyle,” the senator said in a statement.

A zero-waste lifestyle, according to Legarda, means using products that can be reused and promoting processes that avoid or eliminate the volume and toxicity of waste.

Legarda said the shift to a zero-waste lifestyle would not be easy, emphasizing the role of the government in encouraging and assisting citizens toward such a change.

“As we encourage citizens and households to adopt a zero-waste lifestyle, we urge local government units to fully implement the ESWM law, which, together with other environmental laws, will help build clean, healthy, safe and resilient communities,” she said.

EWSM refers to the Ecological Solid Waste Management law, which she authored, implementing a system of solid-waste management that includes segregation of garbage at its source, segregated transportation, processing, treatment and proper disposal of solid waste.

Legarda also pushed for the passage of Senate Bill No. 1948, or the proposed Single-Use Plastics Regulation and Management Act of 2018, which would provide a solution to the single-use plastics problem by prohibiting their importation and use in establishments, stores, markets and retailers. —REPORTS FROM MELVIN GASCON AND DJ YAP