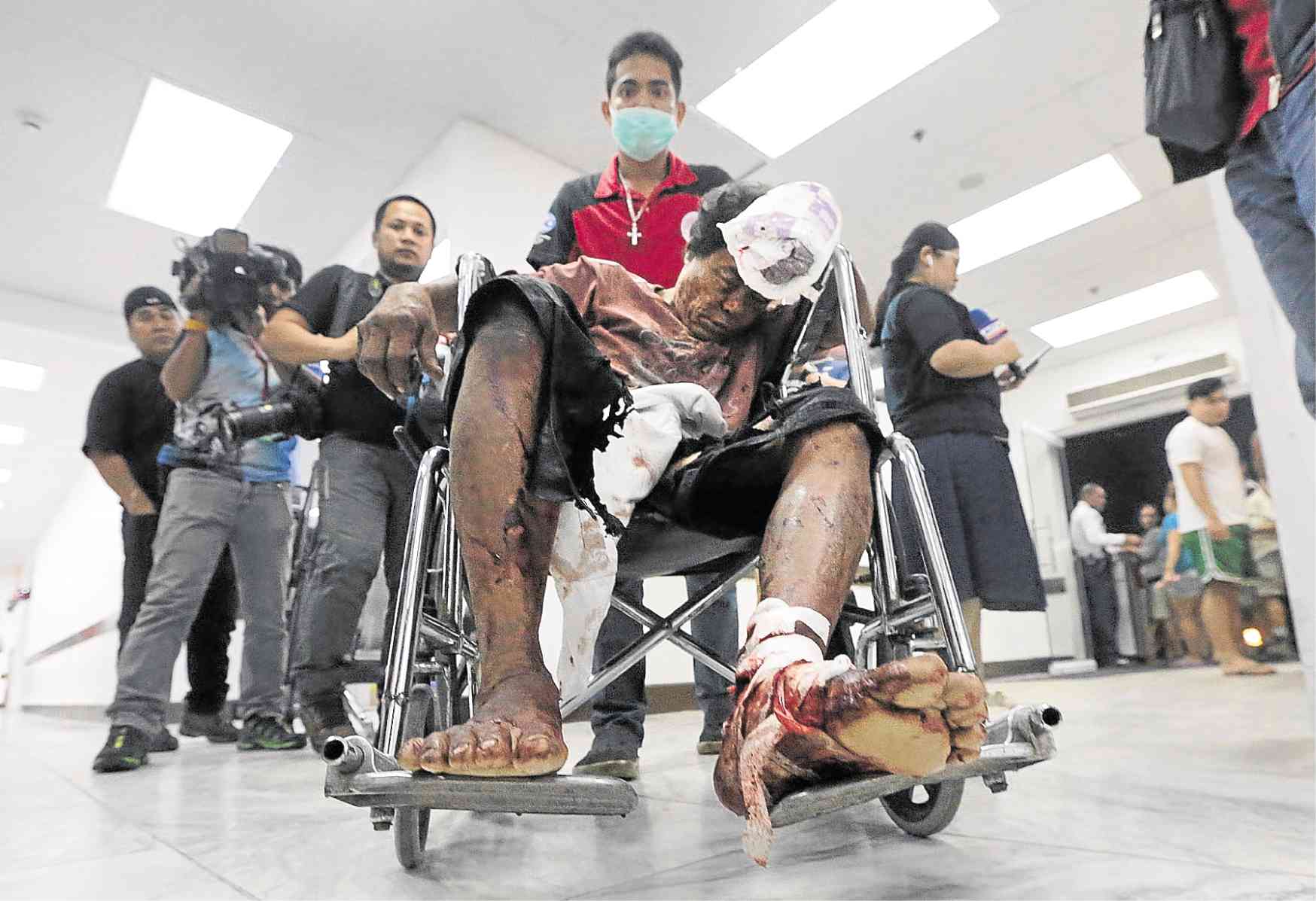 As the first sunrise of 2019 peaked over Metro Manila, the National Capital Region Police Office (NCRPO) had recorded 55 firecracker-related injuries since Dec. 21—a record low it attributed to light rains and increased awareness of the sweeping 2017 order that limited firecracker use.

If the number of firecracker-related injuries in Metro Manila holds until Jan. 6, it would mark a 78-percent decrease from last year’s, when there were 248 cases over the same period.

The data were also consistent with a yearslong national decline in such injuries that began in 2015, when the number of injuries caused by firecrackers dropped by over 50 percent.

Director Guillermo Eleazar, NCRPO chief, credited this year’s downturn to an aggressive information dissemination campaign that acquainted more people with Executive Order No. 28, which President Duterte had signed in June 2017 to restrict the use of pyrotechnics to designated community fireworks zones.

Eleazar also pointed to the number of police officers scattered throughout the metropolis—at least 12,000—to monitor New Year’s Eve merrymaking.

“We maximized our deployment, allowing police visibility to serve as a deterrent,” he said, before adding that the torrent of rain pounding the capital was a likely factor in the decline as well.

The NCRPO had earlier listed more than 400 firecracker zones around Metro Manila, where only seven types of firecrackers could be used—baby rocket, “bawang,” “El Diablo,” “Judas’ belt,” paper caps, pulling of strings, “kwitis” and small “trianggulo.”

Eleazar said that during the 2018 New Year festivities, there had been 15 incidents of indiscriminate firing and one case of injury caused by a stray bullet.

The Department of Health (DOH) shared police optimism that the number of firecracker injury cases this year was the lowest ever, although police and DOH data differed.

“I would like to believe that this is the historic biggest reduction in firecracker-related injuries,” Duque said.

Like Eleazar, Duque attributed the decline in the number of cases to two factors—Mr. Duterte’s order and the rains.

“Nature, this time, took the side of the DOH,” Duque said at a press conference. —WITH A REPORT FROM TINA G. SANTOS