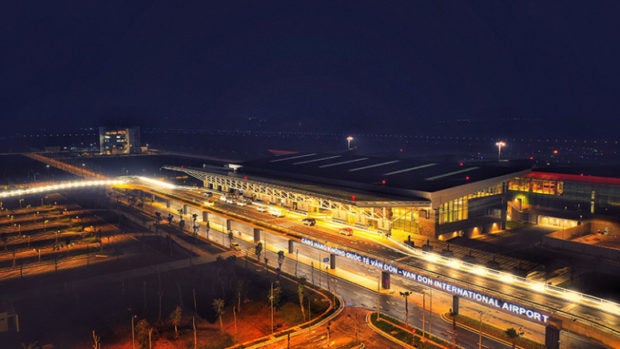 Vietnam opened a new airport, Dec. 30, on the island of Van Don, close to Halong Bay. Previously, travelers had to reach the magnificent UNESCO World Heritage Site via the capital, Hanoi, a four-hour drive away.

While the Vietnamese authorities have extended visa exemption for nationals of certain countries for stays of up to 15 days until 2021, the country has also opened a new airport, billed as Vietnam’s most modern, located close to the popular tourist destination of Halong Bay.

Business looks good for the junk boat cruises at this magnificent UNESCO World Heritage Site, as Van Don International Airport, which cost around $350 million and is managed by a private company, will allow visitors to travel directly to Halong Bay, without traveling via Hanoi.

Visitors will be able to reach the port in one hour’s drive, thanks to a new highway, compared to previous travel times of three to four hours, depending on the route. Note that domestic flights to and from Hanoi are operated by Vietnam Airlines and VietjetAir.

Vietnam was aiming for 17 million foreign tourists in 2018. In the end, it welcomed some 15.5 million visitors, up 19.9 percent on the previous year. For 2019, the country’s goal is 18 million international arrivals. The Halong site is just one of the destinations set to help draw visitors, as the country also aims to develop tourism in the wider Quang Ninh province, which has 250km of coastline. Perhaps the beaches of Minh Chau and Ngoc Vung will one day become as popular as those of Phuket or Koh Phi Phi in Thailand. These new facilities, which took barely three years to create, were also envisaged to boost tourism and trade with Taiwan, South Korea, Cambodia and Singapore.

As well as the airport, Vietnam opened its first international cruise port, specially designed for cruise ships, located in Halong. This new infrastructure, designed by architect Bill Bensley, can accommodate up to 8,460 passengers at once. JB