Coronation of Thai King Maha Vajiralongkorn set for May 4-6 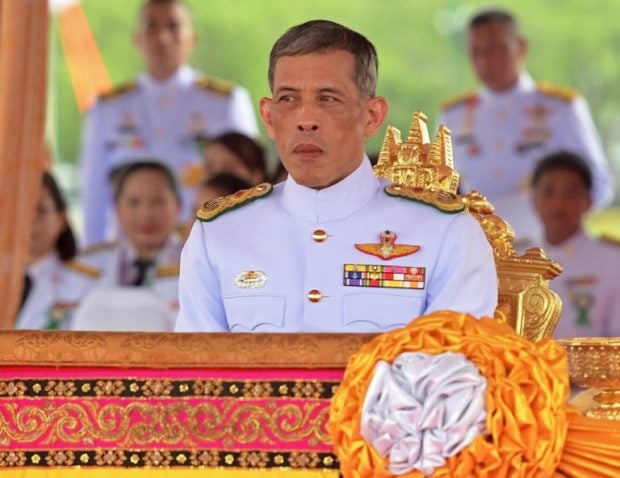 BANGKOK, Thailand — An elaborate three-day coronation ceremony for Thailand’s King Maha Vajiralongkorn will be held May 4 to 6, the palace announced Tuesday, nearly two and half years after the death of his revered father Bhumibol Adulyadej.

Vajiralongkorn, formally known as Rama X of the Chakri dynasty, ascended the throne following his father’s death in October 2016, which ended a tumultuous seven-decade reign over the Southeast Asian kingdom.

He has since dramatically reorganized palace affairs, bolstering his own security detail and granting himself personal stewardship of the multi-billion-dollar crown assets.

Thailand’s monarchy, one of the world’s richest, is shielded from criticism by a harsh royal defamation law punishing any transgressors with up to 15 years per charge.

In a televised announcement the Royal Household Bureau said the coronation will take place in early May.

“It’s suitable time to hold the coronation in accordance to the tradition and for national celebration and joy of the people,” the bureau said.

The “coronation ceremony” will be held on May 4 with an audience granted to “the royal family, privy councilors and cabinet members,” it explained.

The following day a ceremony will “bestow the royal name” according to traditions governing the monarchy, then on May 6 the king will hold a “grand audience” with members of the public and diplomats.

It will mark a dramatic year for Thailand.

The country is poised to hold elections in early 2019, nearly five years after a junta seized power from the civilian government led by prime minister Yingluck Shinawatra.

The junta, which is ultra-royalist and portrays itself as the defender of the monarchy, says it took power to end corruption and money politics under successive civilian governments. /ee