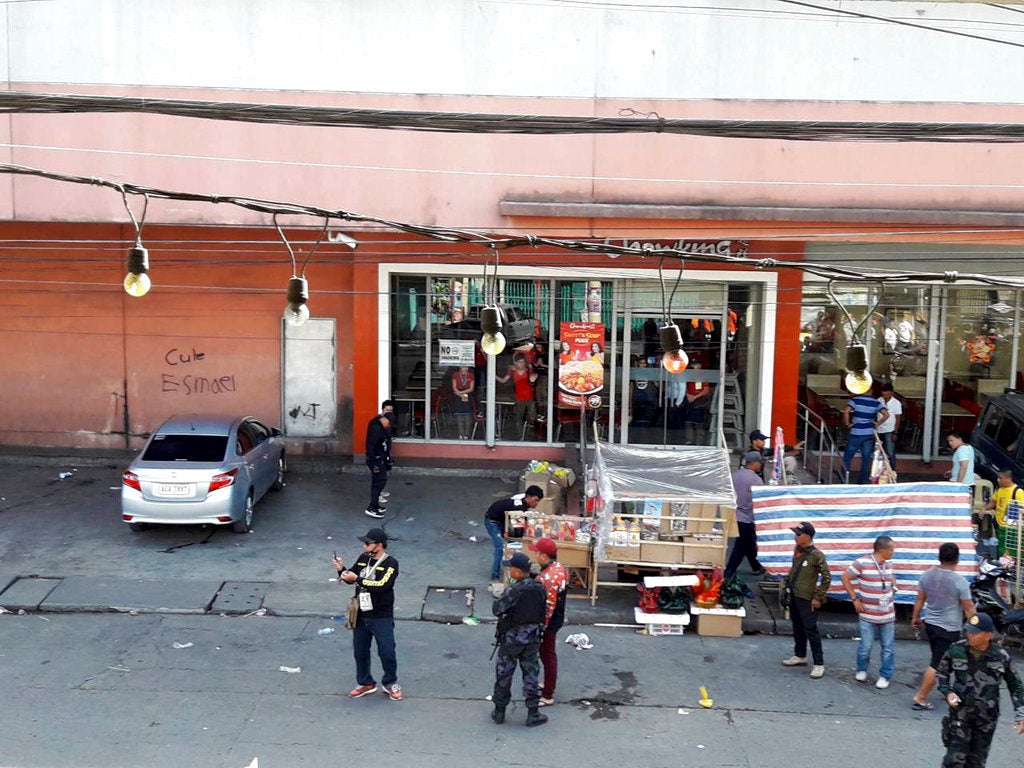 National Police investigators examine the site at the South Seas Mall following an explosion on New Year’s Eve in Cotabato city, southern Philippines Monday, Dec. 31, 2018. Maj. Gen. Cirilito Sobejana says the bomb went off Monday near the entrance of the mall as people made last-minute preparations ahead of New Year celebrations killing at least two people and wounding 34 others. (AP Photo/Rainier Canoso)

MANILA, Philippines — The police are eyeing the possible involvement of local terrorist groups inspired by the Islamic State of Iraq and Syria (ISIS) in the deadly blast in front of a mall in Cotabato City on Monday, Philippine National Police (PNP) spokesperson Chief Supt. Benigno Durana Jr. said Tuesday.

The explosion left two persons dead and at least 34 others injured, as it ripped through stalls in front of the South Seas Mall while people were preparing for New Year’s Eve festivities.

According to Durana, the improvised explosive device used in the blast is similar to the signature composition of explosives being used by ISIS-inspired local terrorist groups.

(The modus operandi, the signature, the way it was constructed, and the way it was deployed show this was caused by Daesh-inspired or ISIS-inspired terrorist groups in Mindanao.)

Daesh is an Arabic acronym for the Islamic State.

Durana, however, said the police are not ruling out the possibility that other terrorist groups may be involved in the fatal attack, but he said they are considering ISIS-inspired groups as the mastermind “on hindsight.”

He also said it is improbable that communist rebels are involved in the explosion as they do not operate in the area.

Durana likewise condemned the explosion he tagged as a “terror attack” against civilians. He said the PNP vows to get to the bottom of the case. /ee