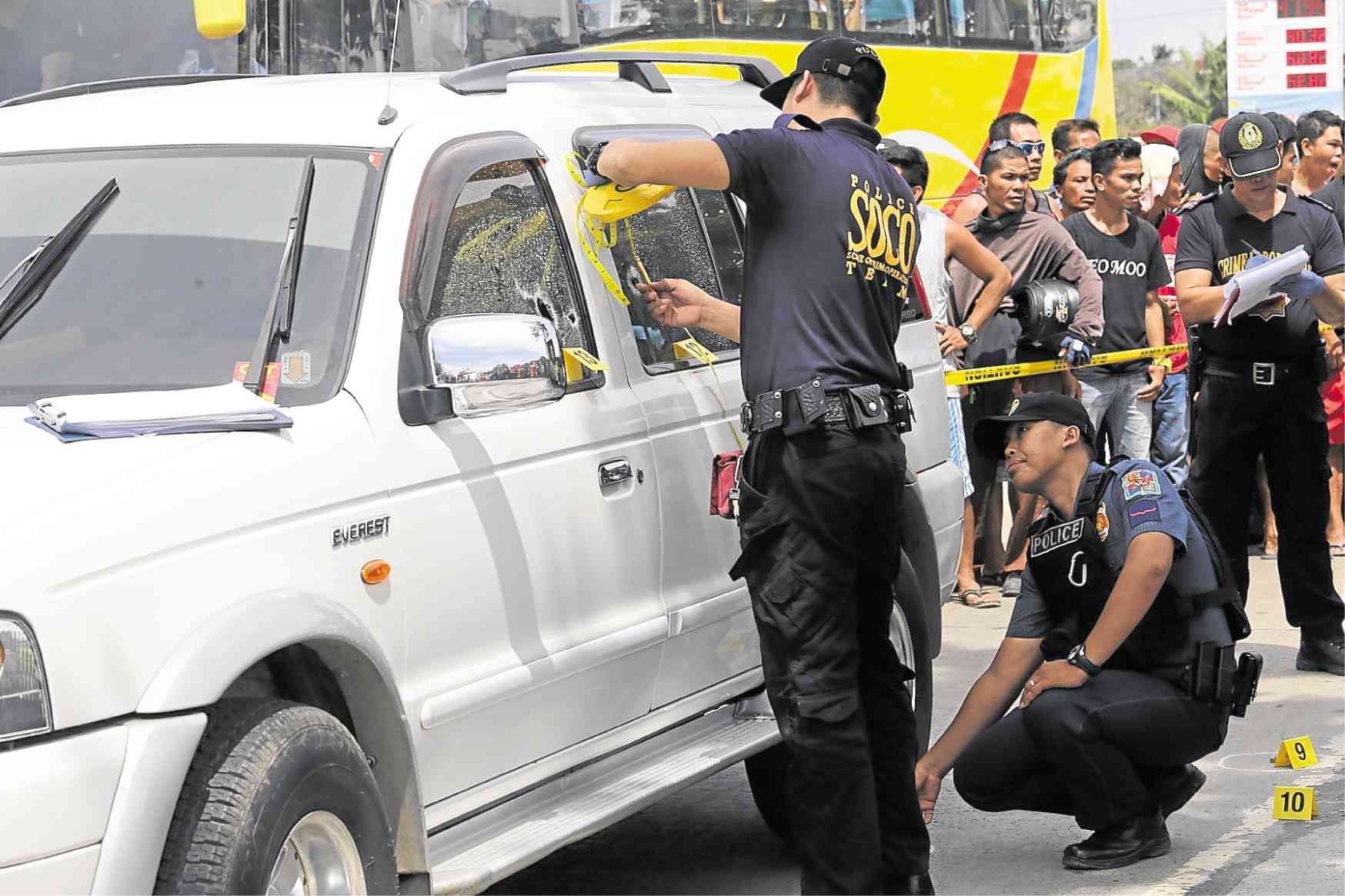 CEBU CITY—It was a year marked by bloodbath.

Almost every day last year, a life was lost in gun violence in Cebu as at least 253 people were killed in shooting incidents from Feb. 17 to Dec. 15.

Of the number, 184 were gunned down by still unknown assailants—most of whom were masked men onboard motorcycles. The rest were killed by the police in anticrime operations. Most of these cases, however, remain unsolved.

Cebu Archbishop Jose Palma has repeatedly appealed for an end to killings and called on the people to fight the culture of violence.

“We’re not happy with these deaths. We feel sad. It has reached a level wherein respect for human life is lost, while the culture of impunity reigns,” Palma he said.

“Whoever is doing it, either connected to the illegal drug trade or for whatever reason, they should know that no one [except God] has the right to take someone else’s life. We know that this is not the Christian way,” he added.

Palma, the chief shepherd of the largest archdiocese in the country with close to four million lay Catholics and about 600 priests, said the Church feels for families of the victims.

“We have a lot of questions with few answers about these killings, which we could not justify nor understand,” he said.

In August, Palma issued an “oratio imperata,” or a mandatory prayer, which had been used in all Masses in the archdiocese to “end the spate of killings in Cebu.”

Also killed were four minors, including 4-year-old Bladen Skyler Abatayo, who was hit by a stray bullet during a botched police operation at Barangay Ermita, Cebu City, in July.

Cebu City Mayor Tomas Osmeña earlier surmised that vigilantes, who he claimed were protected by the police, were behind the series of killings. The mayor’s allegation was denied by Cebu police officials.

The Commission on Human Rights in Central Visayas has investigated at least 70 cases of suspected extrajudicial killings in the region.

Of these, six, which involved either policemen or operatives of the PDEA, were elevated to the Office of the Ombudsman.

Lawyer Arvin Odron, CHR regional director, said: “Seeing that our law enforcement officers no longer observe the rule of law, individuals likewise tend to take the law into their own hands. Hence, we have this rising incidents of extralegal killings.”