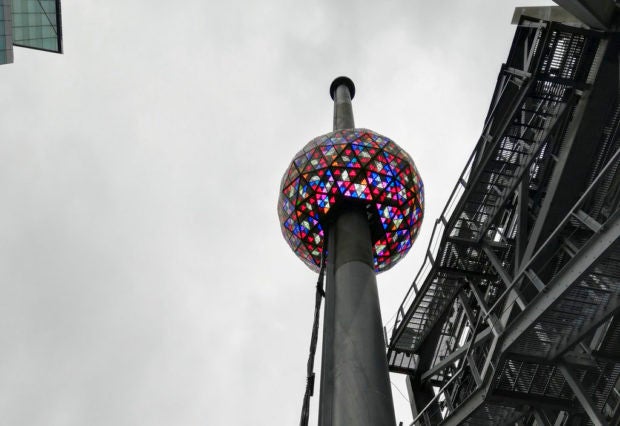 NEW YORK — Snoop Dogg, Sting and Christina Aguilera will welcome 2019 in a packed Times Square Monday along with revelers from around the world who come to see the traditional crystal ball drop, fireworks and a blizzard of confetti.

Spectators are expected to start assembling in early afternoon for the made-for-TV extravaganza. As has been the case for years, the celebration will take place under tight security, with partygoers checked for weapons and then herded into pens, ringed by metal barricades, where they wait for the stroke of midnight.

Any repeat visitors from last year’s celebration will undoubtedly be praying for better weather. Last year’s event was one of the coldest on record at 10 degrees Fahrenheit. Forecasters say Monday’s party will take place amid mild temperatures but possibly rain. Umbrellas are banned for security reasons.

Rain or shine, performers will try to light up the crowd.

Bastille and New Kids On The Block will perform medleys of their hit songs on “Dick Clark’s New Year’s Rockin’ Eve,” and singer songwriter Bebe Rexha will perform John Lennon’s “Imagine” before the 60-second countdown to the midnight ball drop.

People who arrive early enough to grab a standing spot in Times Square itself may have a good view of the stages where the entertainers perform. The rest of the throngs, stuffed into pens stretching several blocks north toward Central Park, will be able to follow the action on viewing screens.

There are no public toilets in the pens, backpacks are banned and there are no garbage cans either, so picnicking for the event can be rough. But revelers will have plenty of companionship, though experts say probably well short of the 1 million to 2 million spectators claimed by city officials and organizers.

Thousands of police officers will be on hand to provide security, with the help of bomb-sniffing dogs, 1,225 security cameras and 235 “blocker vehicles” used to stop any potential vehicle attacks.

The show’s official programing begins at 6 p.m., with the lighting and raising of the New Year’s Eve Ball up a pole atop One Times Square. The Sino-American Friendship Association will flip the giant switch that lights the ball before presenting a Chinese cultural performance culminating in red and gold pyrotechnics.

The ball drops during the midnight countdown. This year, the ball is a  3.5-meter diameter geodesic sphere covered with 2,688 Waterford crystal triangles lit by 32,256 LEDs. The numerals “2019” will burst into light at midnight accompanied by pyrotechnics and the release of 3,000 pounds of confetti.

Mixed in with the confetti will be tens of thousands of wishes from around the world. People write their wishes on pieces of confetti posted on a mobile “wishing wall” in Manhattan or submit them online. Some of the wishes will be read onstage throughout the evening. /ee