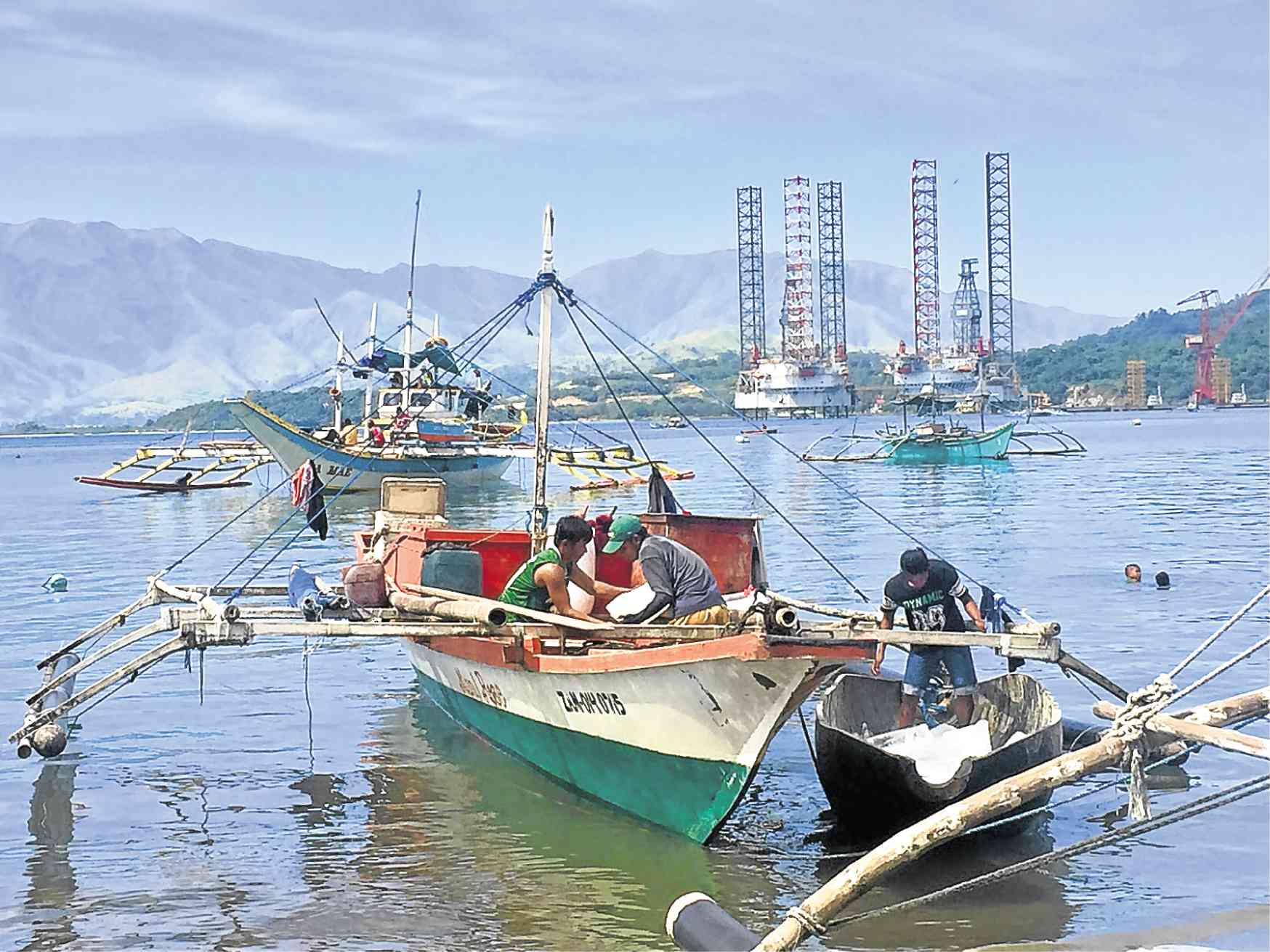 UNCERTAIN TIMES Fishermen from Subic town in Zambales province lament that their fishing trips to the disputed Scarborough Shoal in the West Philippine Sea remain uncertain despite the country’s friendly ties with China. JOANNA AGLIBOT

Some haul their boats to shore after spending a week or two out at sea, while others prepare their vessels for a new fishing expedition by loading fishing gear and supplies.

But these fishermen also have to build up stamina for the long-standing maritime dispute and aggression by the Chinese Coast Guard in the West Philippine Sea.

What used to be a rich fishing ground has been off-limits, or regulated by Chinese vessels, since 2012, said Leonido Moralde Sr., 57, a fisherman and boat owner.

China has been controlling the shoal, part of its supposed historic claim over most of the entire South China Sea, a claim junked by the Permanent Court of Arbitration (PCA) in The Hague in July 2016.

The PCA ruled in favor of the Philippines’ rights over the shoal, but the Duterte administration has set the decision aside in favor of bilateral talks with Beijing.

“On several occasions, we were chased away from Panatag (also known as Scarborough Shoal) by patrolling Chinese Coast Guard,” Moralde said. “In extreme cases, Chinese vessels fired water cannons to intimidate us.”

Some fishermen also complained that members of the Chinese Coast Guard had boarded their boats and forcibly took their best catch.

Despite these troubles, most fishermen said they would continue to fight for the country’s sovereign rights even without government support.

But their resolve is being severely tested, as most of them usually return home nearly empty-handed after weeks out at sea.

The situation has buried some fishermen in debt, said a couple who finance their fishing trips.

“We provide them capital amounting to as much as P100,000 per fishing trip to cover fuel, ice, fishing gear and other provisions,” said the couple, who asked not to be named.

Because of Chinese restrictions, the couple could barely recover their investment.

Even alternative fishing grounds, among them the “payao” (artificial reefs), have yielded a lean catch.

“When we could still freely fish around the shoal, we could easily earn P30,000 each. Back then, we could pay back the capital we borrowed,” Moralde said.

“Right now, some of our kids have quit studying. Life has been hard these days,” he added.

Leozar Coner, 37, of Barangay Calapandayan, said he and the other fishermen were always on the lookout for the Chinese Coast Guard.

“Every time we face the Chinese patrols, we would insist that we have the right to be there. But what can our words do? They’re armed,” Coner said.

BREAK A group of fishermen enjoys a break at Scarborough Shoal, also called Panatag, in this photo taken in 2016. RICHARD A. REYES

Although some fishermen said they’re ready to sail back to the shoal despite the risk, many have opted to fish within municipal and provincial waters instead.

But even within 74 to 92.6 kilometers (40 to 50 nautical miles) from the shoreline of this town, fishermen have to deal with another adversary.

Fishermen from Vietnam have reportedly entered the waters of Zambales, poaching around the payao. They have also destroyed payao that cost P80,000 to build, Moralde said.

“These Vietnamese fishermen know that Filipinos own these payao but they continue to harvest from these. They engage in illegal fishing and use ‘superlights,’ which are not allowed,” he said.

“We never failed to report this to authorities but there was no action from them,” Moralde said.