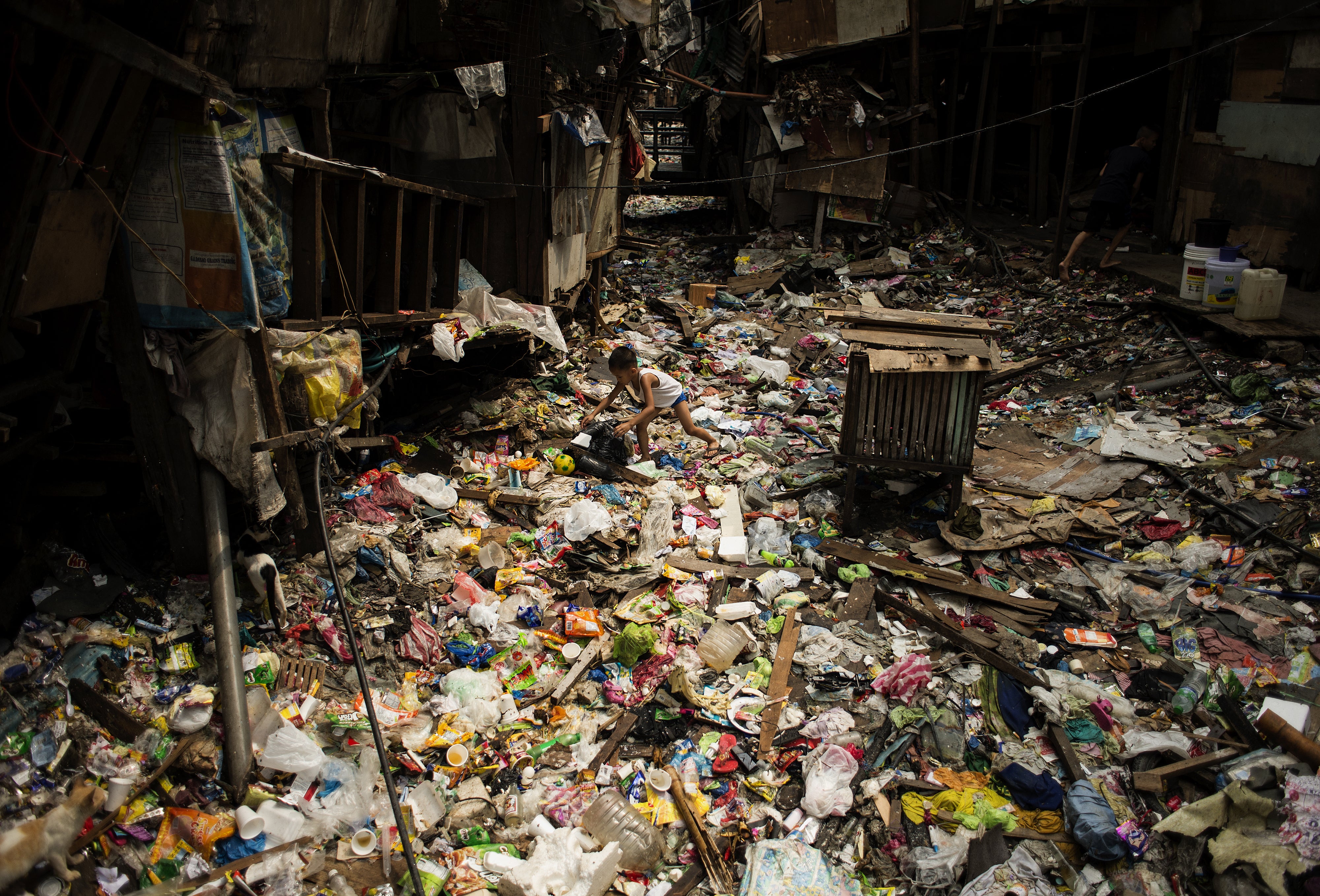 A boy walks on a garbage filled creek in Manila to get his ball. A climate advocacy group said the balloon drop event planned by Cove Manila for New Year’s Eve would aggravate the plastic pollution in the country. AFP FILE

A human rights organization and climate advocate on Sunday denounced the Cove Manila’s planned balloon drop event on New Year’s Eve for its “damaging effects on the environment.”

DAKILA said the balloon drop event would add to the plastic pollution in the country and pose a serious threat to the environment.

The group appealed at the organizers of the event and the management of Cove Manila and Okada Manila to consider the harmful environmental effects of the publicity event.

“We at DAKILA denounce the balloon drop event by Cove Manila as it adds to the plastic pollution and poses serious threat to our environment. We appeal to the management of Cove Manila and Okada Manila to consider the harmful environmental impacts of this event,” DAKILA Officer-In-Charge-Executive Director Rash Caritativo said in a statement.

The group called for a more pronounced protest from the public, saying that a “few hours of “fun” and a world record could never justify the long-term effect of the event.

“Cove Manila and Okada Manila’s attempt to land a Guinness World Record through 130,000 balloon-drop is a clear display of non-sensical extravagance at the expense of the environment,” DAKILA Associate Campaigns Director Jeckree Mission said in a statement.

“It is clearly a disregard of the efforts of the government and environmental advocate organizations in curbing the plastic waste of the Philippines… We call on to the public to voice their opposition against this event,” he added.

The group then challenged the managements of Cove Manila and Okada to prove that they do not prioritize “corporate gimmickry at the the environment’s expense.”

Cove Manila, known as the largest indoor beach club and night club in Metro Manila, earlier encouraged the public to witness their “record-breaking” welcome to 2019 on Dec. 31, as they plan to break the world record for the largest balloon drop.

“When midnight rolls in, The Dome will be showered with 130,000 balloons in an epic New Year’s Eve Countdown Party led by international dance music icon Pete Tong!,” Cove Manila said in its earlier Facebook post.

In a statement issued Saturday, the management of Cove Manila explained that the event will be using in the record attempt will be biodegradable.

They added that the event has been planned with solid environmental protocols in place to minimize any possible impact on the environment.

Cove Manila also said that the balloons would be recycled.

“Cove Manila’s much-anticipated balloon drop is not a whimsical effort to just ‘play’ with thousands of balloons. It is an earnest effort not only to make a new world record for the country, but also to demonstrate that we can have a lot of fun but still remain responsible,” Cove Manila said in a Facebook post. /cbb