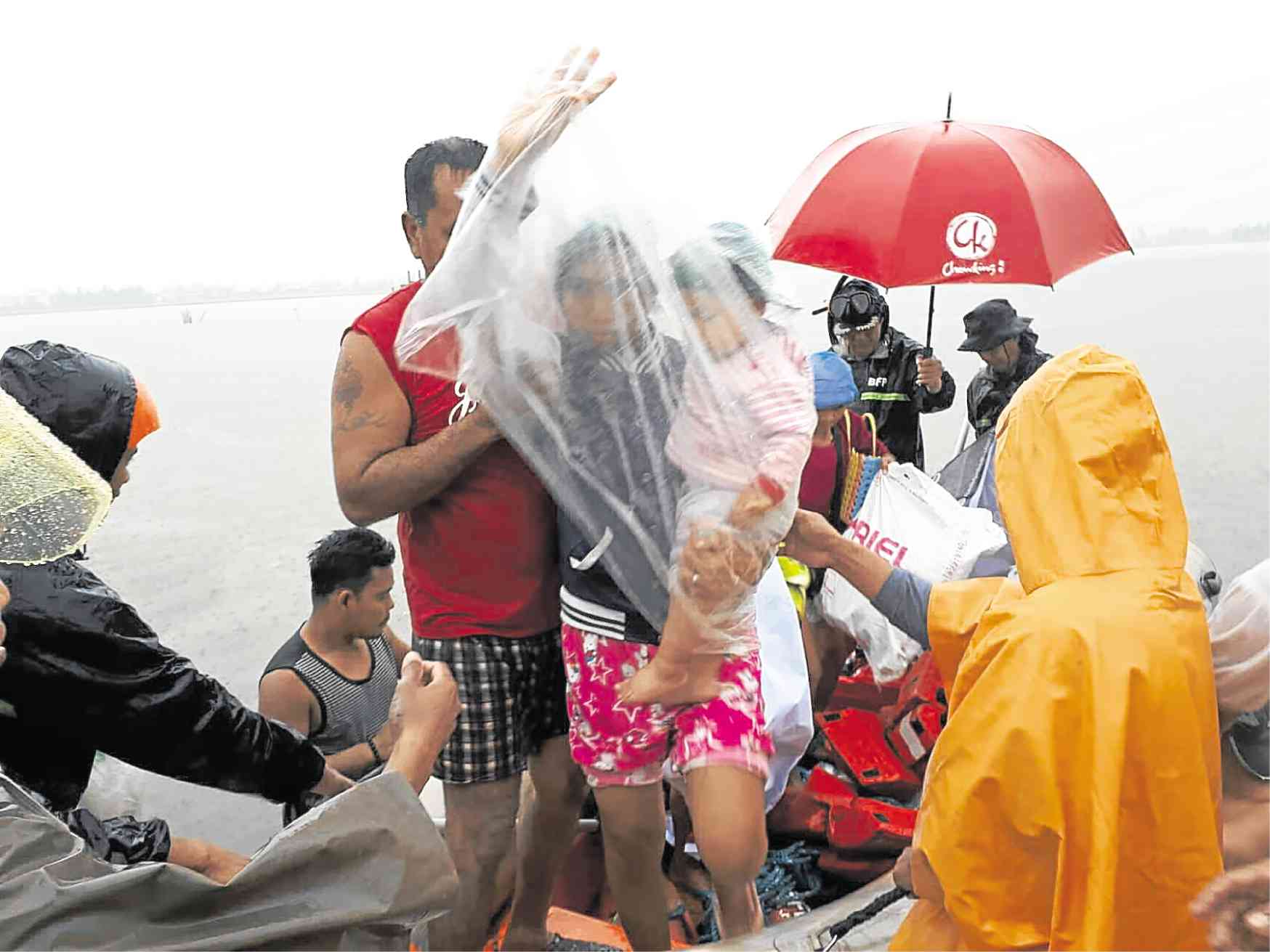 Heavy rains from Tropical Depression “Usman” triggered landslides that killed at least nine people and caused floods in many areas in the Bicol region and in Eastern Visayas where it made landfall on Saturday morning, officials said.

The Office of Civil Defense (OCD) in Bicol said the rain-soaked ground at the upland barangay of San Francisco in Legazpi City collapsed, sending rocks and mud down a slope and burying a house where three people, including a 3-year-old boy, were killed.

It was not immediately clear how the victims were related to each other, but city officials said 10 other family members survived.

A landslide in nearby Sorsogon province on Saturday morning killed a woman while a 51-year-old man and his 11-year-old son died also in a landslide in Camarines Sur’s Lagonoy town, the OCD said.

In Lope de Vega town, Northern Samar province, a 36-year-old father and his two children, aged 15 and 14, were buried inside their house by a landslide at Barangay Henanoragan, said Lt. Col. Apollo Herrera, commander of the 43rd Infantry Battalion.

Residents of Legazpi, the Albay capital, were dismayed that the city was flooded despite a P2.1-billion flood control system equipped with three pumping stations.

Legazpi Mayor Noel Rosal explained that the city had no control over the pumping stations, which were funded by the national government, since these were not turned over to the local government.

Usman made landfall in Borongan City in Eastern Samar province around 6 a.m. on Saturday and weakened to a low pressure area (LPA), according to weather specialist Aldczar Aurelio of the Philippine Atmospheric, Geophysical and Astronomical Services Administration (Pagasa).

The LPA, along with the tail end of a cold front, will continue to dump moderate to heavy rain over Bicol and the provinces of Aurora, Quezon, Mindoro, Marinduque, Romblon and the northern parts of Palawan until Sunday morning.

Light to occasional heavy rains will prevail over Metro Manila, the Visayas, Cagayan Valley and the rest of Calabarzon, Central Luzon and Palawan.

Weather will improve over most parts of the country on Dec. 31, Pagasa said.

In Eastern Visayas, the storm displaced at least 9,543 families, or 41,312 individuals, in the provinces of Leyte, Biliran, Samar, Eastern Samar and Northern Samar.

Raging waters damaged a dike in Libon, Albay province, and washed out a bridge in Oas town.

Mayor Ann Gemma Ongjoco of Guinobatan town said mud washed down from the slopes of Mt. Mayon blocked several roads in her town.

In Catarman, capital of Northern Samar, only nine out of the town’s 55 villages escaped flooding, according to the local disaster officer, Emeral Guevarra.

The town saw its heaviest rainfall in 20 years—a record 300 millimeters over a 10-hour period. The previous record was 485 mm in 1988, according to Feleon Corona, Pagasa’s provincial manager.

In some parts of Lope de Vega town, also in Northern Samar, the floodwater was as deep as 10 meters. As many as 18 of the town’s 22 barangays were affected by the flood, officials said.