Sumitomo back on track with MRT 3 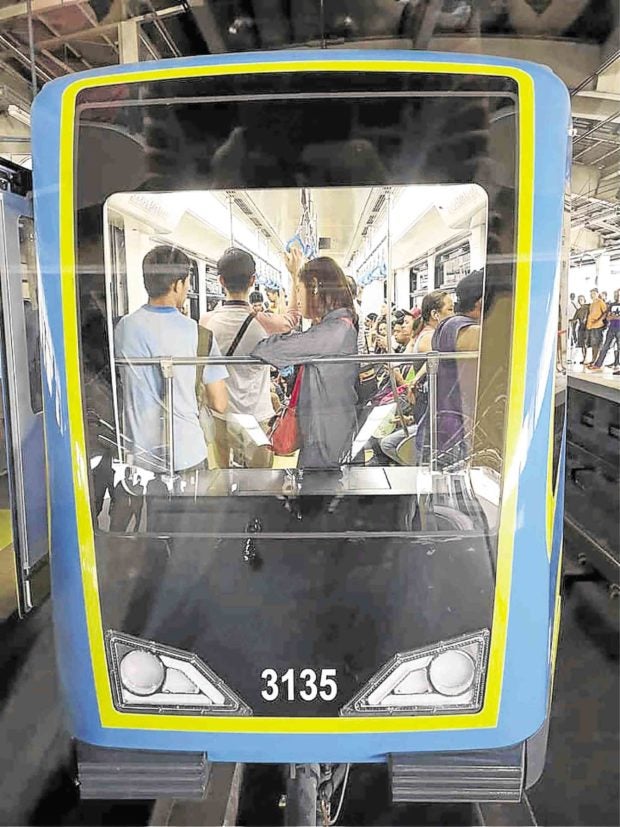 OVERHAUL LONG OVERDUE The 43-month rehabilitation of Metro Manila’s busiest train line starting next year is expected to bring it back to its original condition and capacity. INQUIRER FILE PHOTO

The Japanese consortium of Sumitomo Corp. and Mitsubishi Heavy Industries is officially back as the Metro Rail Transit (MRT) 3’s maintenance service provider as the country’s busiest train line undergoes a 43-month-long rehabilitation starting next year.

The Department of Transportation (DOTr) signed a contract on Friday with the Japanese companies that would oversee the overhaul and maintenance of the 16.9-kilometer train line, its 13 stations and 72 light rail vehicles.

The MRT 3’s rehabilitation is expected to return the aging train system to its original condition and capacity. More importantly, the DOTr hopes it will put an end to the MRT 3’s three-yearlong struggle against glitches, malfunctions and technical difficulties that have resulted in numerous offloading incidents.

While the rehabilitation project itself was expected to take more than 3 years, Sumitomo Corp. managing executive officer Tsutomu Akimoto promised that riders would be able to see improvements in the train line “in a year’s time.”

Both Sumitomo and Mitsubishi have made a commitment to finish overhauling the MRT 3 line within 26 months.

“We commit ourselves to the completion of the project safely, on time and of the highest quality,” said Mitsubishi Heavy Industries executive vice president Ken Kawai. “We look forward to making the Manila people happy soon.”

The extensive project will be funded by an P18-billion official development assistance from Japan International Cooperation Agency.

The loan agreement was formally signed in November as the public clamored for viable mass transit options amid the worsening traffic problem in the metropolis.

The interest rate was set at 0.1 percent a year, payable in 28 years after a grace period of 12 years.

The contract signed on Friday covered, among other things, the restoration and overhaul of the line’s power supply, overhead catenary system, signaling system, tracks, closed-circuit television camera and public address systems, and elevators and escalators.

The Japanese consortium was the original maintenance provider for the MRT 3 when it started operating in 1999. However, it was replaced in 2012 by transportation officials who protested the high maintenance fees being charged by the consortium.

Transport Undersecretary for Railways TJ Batan earlier said the full mobilization of the project would start next month.

He was optimistic that despite the ongoing rehabilitation, the MRT 3 would be able to maintain the average number of running trains at 15 during the first 14 months to avoid inconveniencing its almost 360,000 daily riders.

Afterward, the number of operational trains will be gradually increased until it reaches a maximum of 20 trains running at 60 kilometers per hour by the 26th month.
The rest of the 43-month period will cover periodic maintenance and rehabilitation.