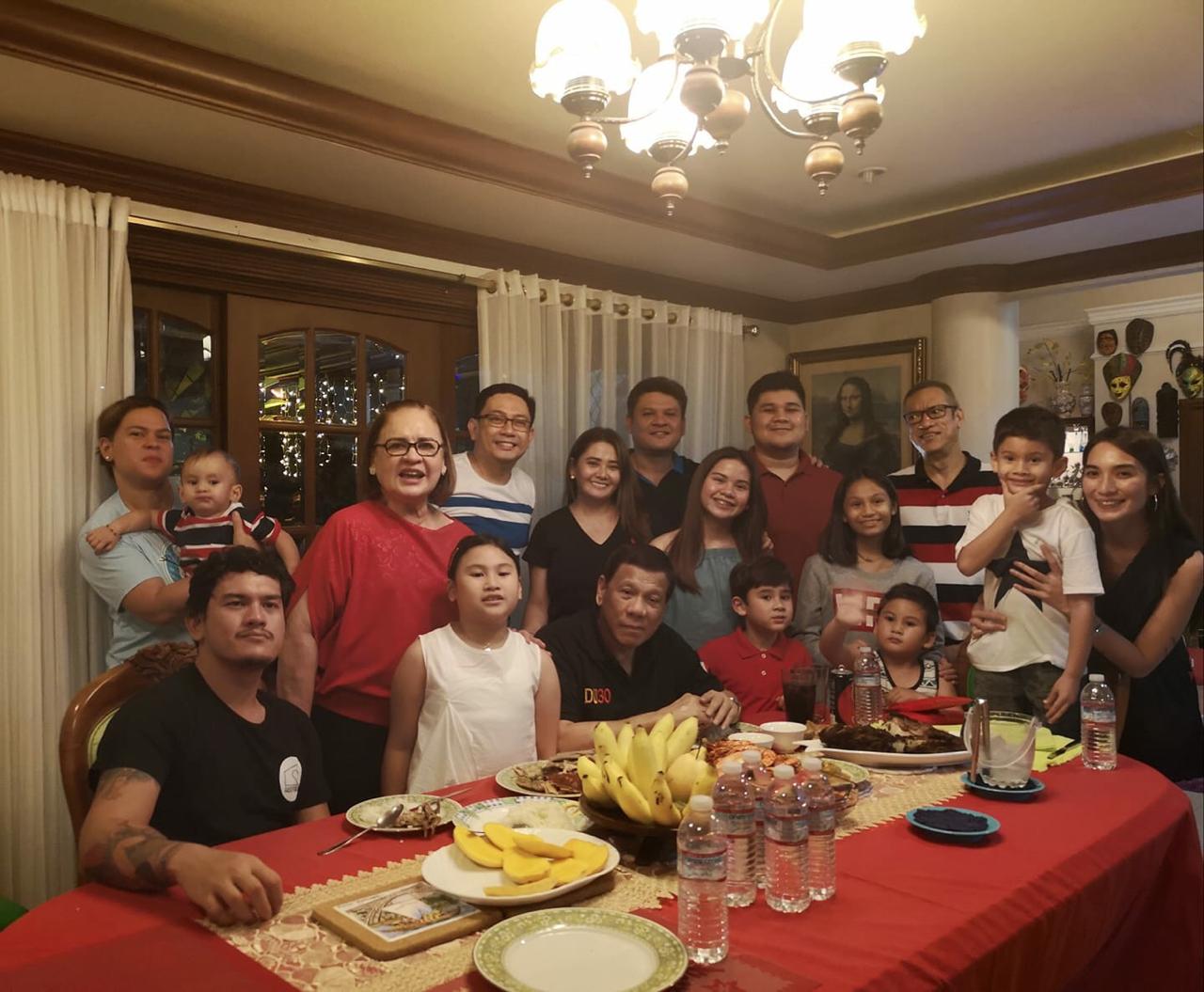 DAVAO CITY — President Rodrigo Duterte spent Christmas Day at home, away from the limelight and pressures of work, but not before playing Santa Claus to a huge crowd of holiday revelers who came knocking at his door the day before.

As the day wore on, the lines grew longer, snaking as far back as the national highway.

That morning, the President’s daughter, Mayor Sara Duterte, began handing out grocery packs and gift checks, valued at P150 and P300. She was later joined by her father in distributing gifts.

Go could not say what kind of gifts these were but he doused rumors that cash was handed out.

The family gift-giving ritual began when Mr. Duterte was  mayor of the city.

The President stayed until midnight to celebrate “noche buena” with his former wife, Elizabeth Zimmerman, Sara, and sons Paolo and Sebastian, and grandchildren, according to Go.

He later headed home to be with his common-law wife, Honeylet Avanceña, and their daughter, Kitty.

The President, 73, who often takes a break from his official duties by flying home on weekends, took a rest on Christmas Day at home, Go said. He will fly back to Manila to resume work after the holidays.

After Congress failed to pass the proposed P3.8-trillion national budget for 2019, the President will have to deal with the repercussions of the government operating on a reenacted budget from Jan. 1 onward.

He will also have to contend with the backlash over the scheduled increase in excise tax on petroleum products on Jan. 1, as mandated under the Tax Reform for Acceleration and Inclusion Act.

And there’s the midterm elections in May, which is seen as a referendum on his administration.

Read Next
‘Usman’ getting stronger as it takes aim at Visayas
EDITORS' PICK
Philippines logs 1,494 new COVID-19 patients; tally now at 41,830
Water remains our saving grace right now
EuroMillions Superdraw: A lottery draw unlike any other is coming to the Philippines
Almost 4,000 former communist rebels get financial aid from gov’t–DILG
DOH to present new method of reporting COVID-19 cases next week
Smart releases Hyun Bin’s second TVC
MOST READ
Lacson calls report ‘malicious,’ but journalist says she tried to contact him
NAIA Terminal 3 to open for international flights starting July 8
As Ringo Starr turns 80, he talks about his life, Beatles journey, including that unfortunate Manila experience
BI officers sacked for ‘fictitiously’ encoding Wirecard COO’s entry to PH
Don't miss out on the latest news and information.