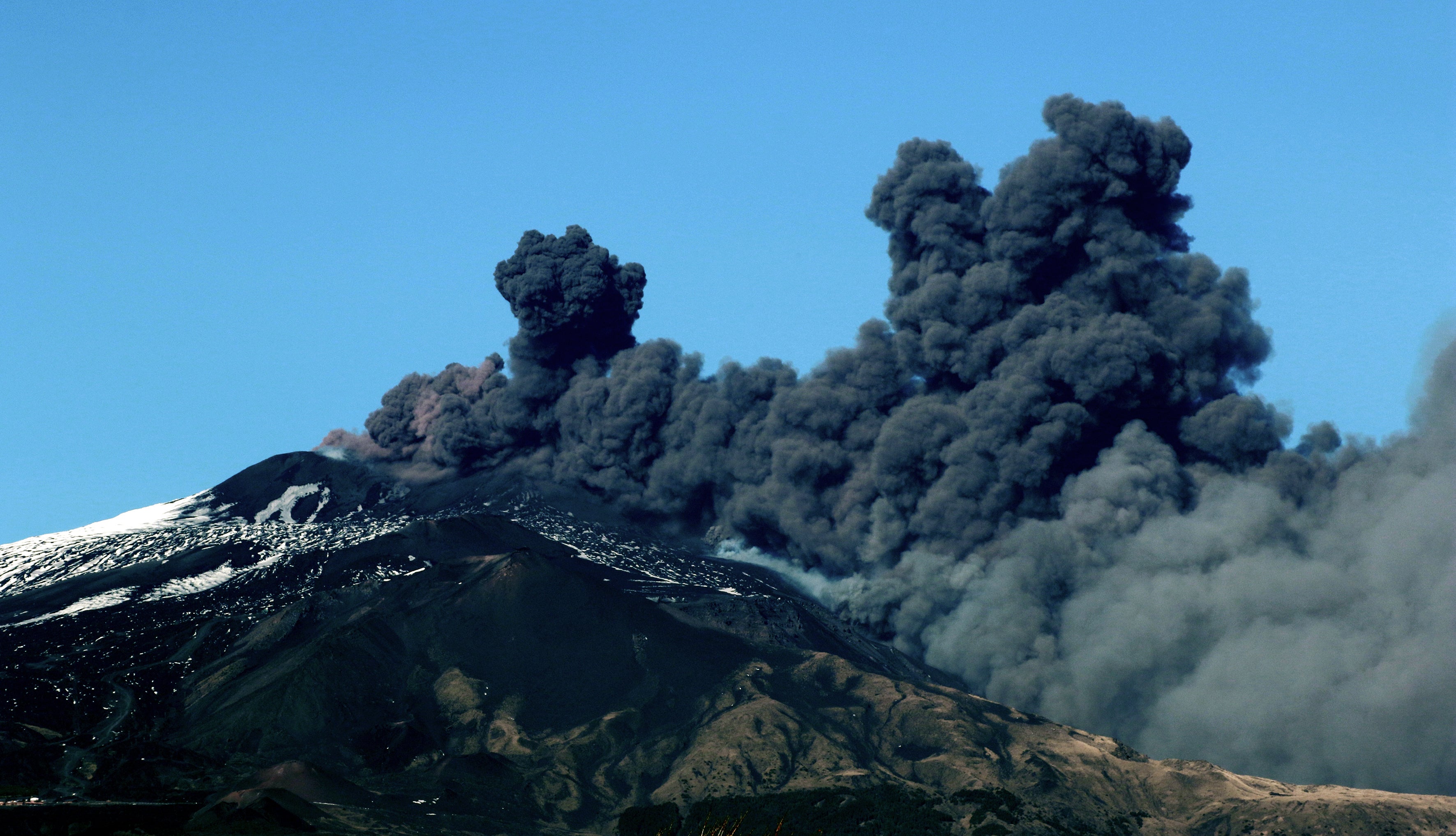 Smoke rises near the city of Catania during an eruption of the Mount Etna, one of the most active volcanoes in the world on December 24, 2018. (Photo by GIOVANNI ISOLINO / AFP)

The quake was the strongest in the region after Mount Etna erupted on Monday, spewing ash and forcing the temporary closure of Sicilian airspace. A series of tremors followed, but the latest one was the strongest.

The national institute for geophysics and vulcanology (INGV) said the quake happened in the middle of the night and was only one kilometre (0.6 miles) deep.

Despite the closure of a part of the highway running along the coast, the airport at the eastern city of Catania, the capital of the province, was open.

The epicenter was located north of Catania and several families had to spend the night in the streets. Four people suffered light injuries, officials said.

Monday’s eruption occurred on the side of Mount Etna and was the first lateral eruption in a decade.

Mount Etna is 3,300 meters high with frequent eruptions recorded in the past 2,700 years.

Its most recent eruptions occurred in the spring of 2017 and its last major eruption in the 2008/2009 winter.

At the end of March a study published in the Bulletin of Volcanology said Etna was slowly sliding towards the Mediterranean — at a constant pace of 14 millimeters per year. /kga