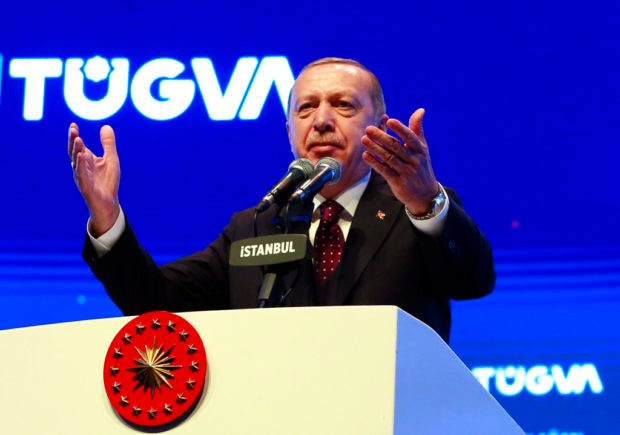 Anadolu agency on Sunday quoted a statement from the Istanbul prosecutors’ that said actors Metin Akpinar and Mujdat Gezen were “invited” for questioning following media reports about their alleged insults of Turkey’s president and threats of “a coup and death.”

The actors appeared on a talk show Friday on opposition television channel Halk TV. During the broadcast, Akpinar said Turkey needed to be more democratic and if that wasn’t achieved peacefully, “maybe leaders could be hung from their feet or poisoned in cellars.”

Turkish President Recep Tayyip Erdogan lashed out at Akpinar on Sunday. More than 77,000 people have been arrested in Turkey since a 2016 coup attempt. NVG

Putin says rap should be controlled in Russia, not banned