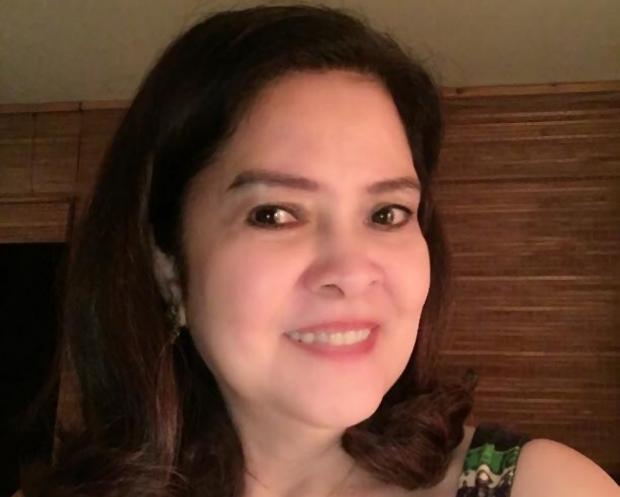 Her children — Issandra V. Yap and Chiro V. Yap — made the announcement at 10:31 a.m. on Christmas Day through a post on the former solon’s Facebook timeline.

“They say that on Easter Sunday and Christmas Day, heaven opens its doors and embraces those who pass away… early this morning, at around 6 am, our Mama, joined Our Creator.

“We, her children, are so blessed to celebrate her life, even in death. She died peacefully in her sleep and was relieved of all suffering, pain and discomfort.

“Thank you to all of you who have prayed for her, for us… thought of her and showed us so much love and support.”

“Wake services will be held at Heritage Park, Chapels 3 & 4, starting at 7:30 pm tonight, December 25 until night of December 28. Interment will be on Saturday- December 29.”

On Oct. 6, Chiro announced in a Facebook post that her mother had been diagnosed with brain cancer.

“After many MRIs, CT Scans, blood tests, exams and a biopsy, our Mom has been diagnosed with Diffuse Astrocytoma AT LEAST Grade II (up to possibly Stage 3). She has brain cancer. The tumor was found on the part of her brain where cognitive thinking and memories are affected. She is currently experiencing disorientation, forgetfulness, confusion, personality and emotional changes.”

On Dec. 3, the former lawmaker’s children posted an update her Facebook timeline, saying in part:

“As you may all know, our mom was diagnosed with brain cance r— Diffused Astrocytoma, at least Grade II, last October. The cancer has progressed quickly in a span of 2 months and the doctors have reason to believe that her cancer may have reached Grade III-IV, because the sample retrieved from September’s biopsy may not have been representative of her tumor; being “diffused,” it had already spread to neighboring tissues, deeming it inoperable. She has been hospitalized twice in the past month alone, suffering from convulsive & epileptic seizures and pneumonia. Her most recent attack was almost fatal and she was placed in the ICU, intubated for 5 days. Although she has not been experiencing pain because of her memory loss, her current state is very delicate.”

Lorna Verano Yap was born on July 17, 1951. Her parents were Felisberto M. Verano, who would be elected as senator a few months later on Nov. 13, and Trinidad Lizarranga.