Four charged with murder of transgender 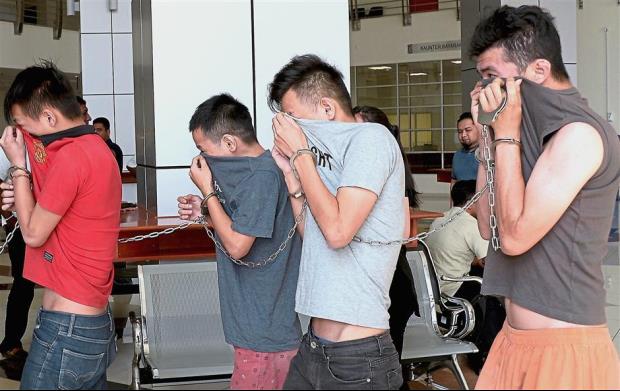 Christmas in a cell: The four suspects being led away after being charged at the Klang magistrate’s court. — Bernama via The Star

KLANG — Four friends have been charged with the Dec 12 killing of a transgender near a hotel here.

The accused, and another person still at large, were charged for the murder of a 32-year-old transwoman in Bandar Bukit Tinggi. They face the gallows if found guilty.

The magistrate fixed Jan 30 for a mention of the case.

The transwoman from Sabah was seriously injured after being beaten with a blunt object.
The victim was found by a security guard and later pronounced dead at the Tengku Ampuan Rahimah Hospital (HTAR). Bernama