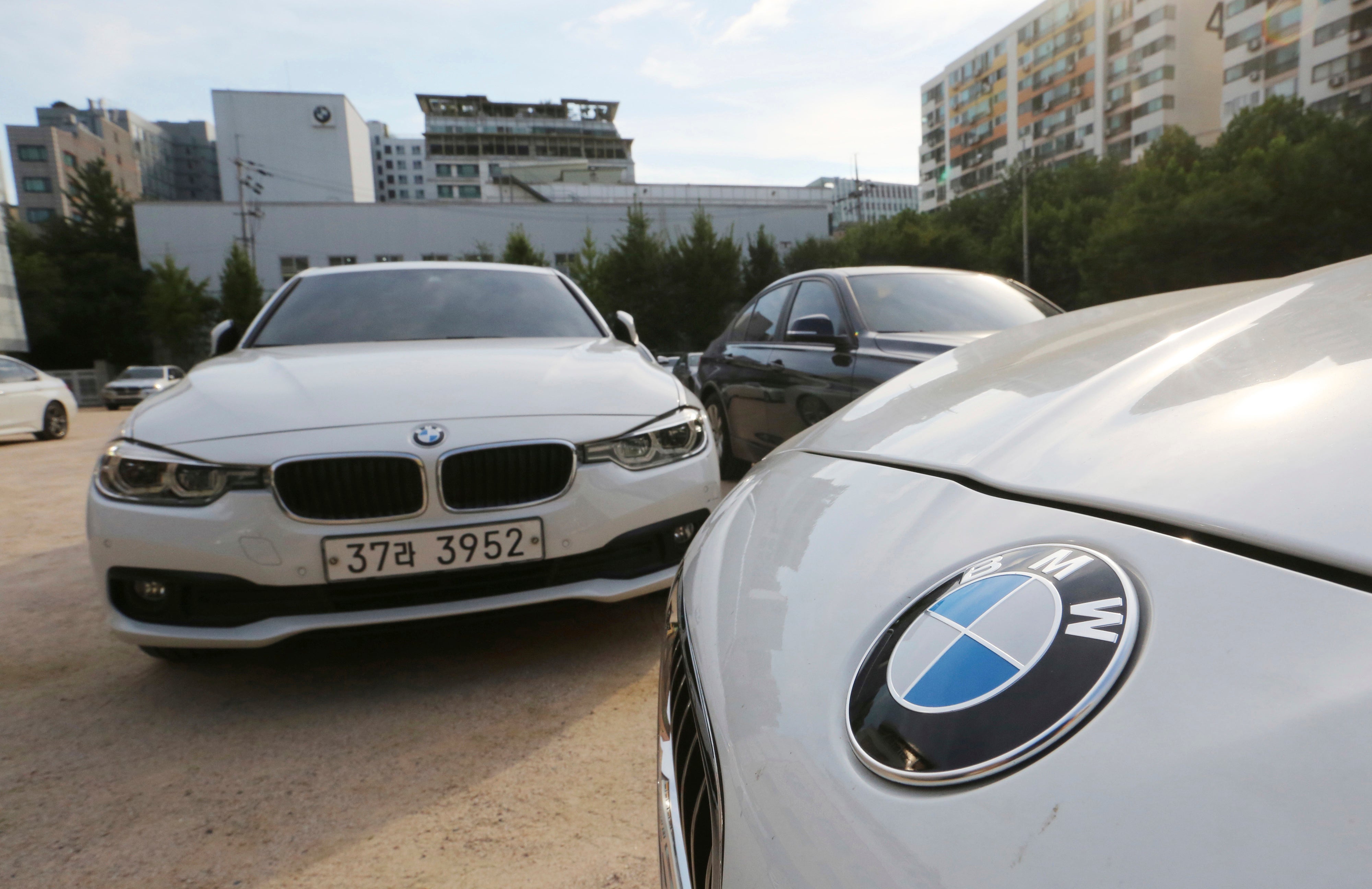 In this Aug. 14, 2018 file photo, BMW cars are parked for an emergency safety check at the playground of an elementary school near a BMW service center in Seoul, South Korea. South Korea says on Monday, Dec. 24, 2018. it will fine BMW 11.2 billion won ($9.9 million) and file a criminal complaint against the company with state prosecutors over an allegedly botched response to dozens of engine fires reported in the country. (AP Photo/Ahn Young-joon, File)

SEOUL — South Korea said Monday it will fine BMW 11.2 billion won ($9.9 million) and file a criminal complaint against the company with state prosecutors over an allegedly botched response to dozens of engine fires reported in the country.

South Korea’s Transport Ministry its investigation panel after a five-month review concluded that the German automaker deliberately tried to cover up technical problems and moved too slowly to recall vehicles after around 40 of its cars caught fire earlier this year. The ministry found the fires to be caused by faulty valves in the vehicles’ exhaust gas recirculation (EGR) coolers.

BMW apologized and recalled some 172,000 vehicles of 65 different models in July and October over the fires.

BMW AG’s South Korean unit said in a statement that the ministry’s findings were generally in line with the company’s assessment that the fires were caused by leaks of coolants in the EGR coolers. Combined with carbon and oil sediment the leaks could combust and cause fires when the vehicles were driven at high speeds for long periods of time, but BMW said the issue could be solved by the exchange of faulty hardware.

The company did not directly address the ministry’s accusation that it tried to play down the severity of the problem and recalled a narrower range of vehicles than it should have during its first recall in July.

“The BMW Group is cooperating with the ongoing investigation and is committed to resolving the issue,” it said in the statement.

Junghyun Kim, an official from BMW Korea, said there had been no reports of injuries linked to the fires in South Korea. /kga