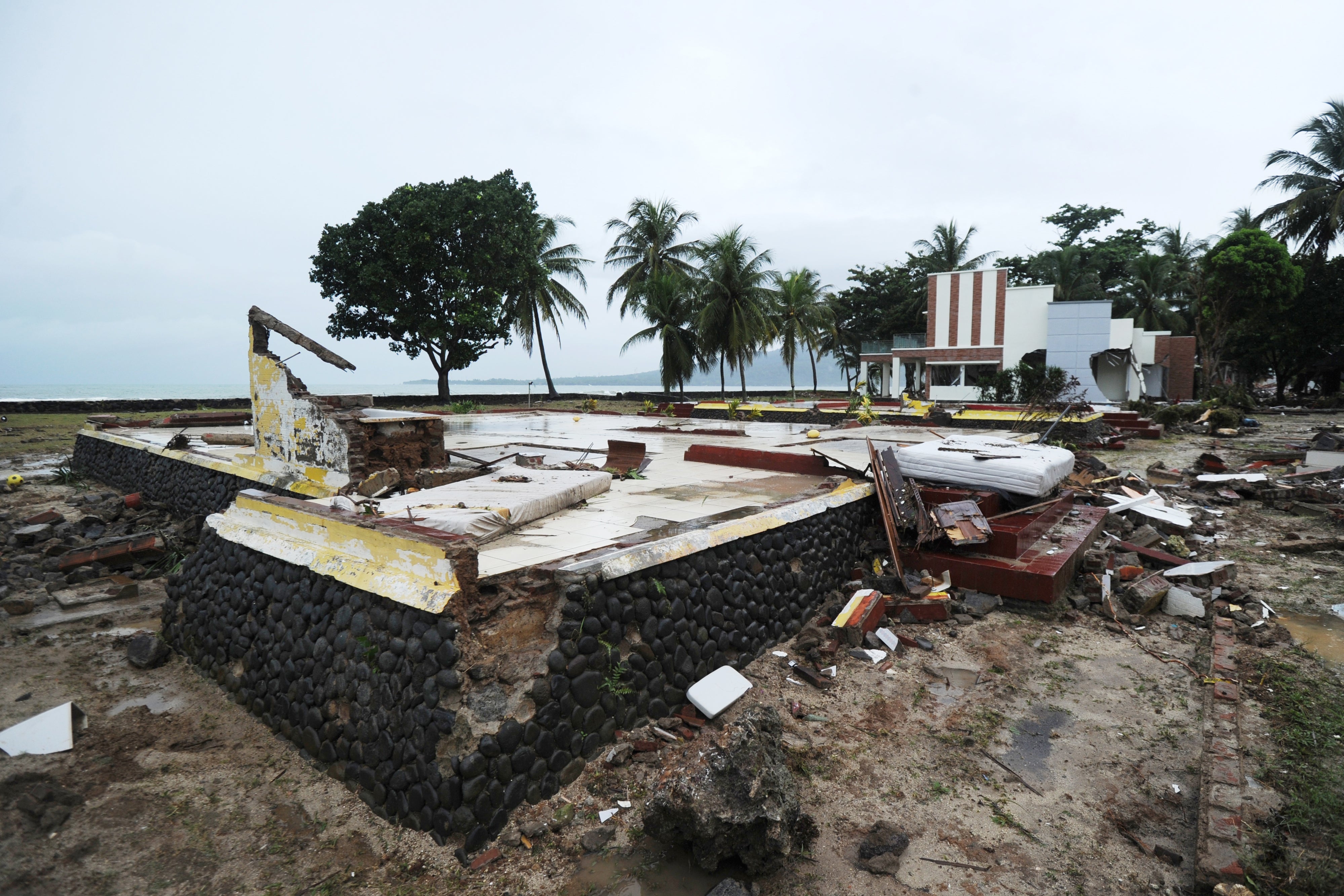 This general view shows only the leftover foundation of a building at the Mutiara Carita Cottages in Carita in Banten province on December 24, 2018, two days after a tsunami – caused by activity at a volcano known as the “child” of Krakatoa – hit the west coast of Indonesia’s Java island. – The death toll from the volcano-triggered tsunami in Indonesia has risen to 281, with more than 1,000 people injured, the national disaster agency said on December 24, as the desperate search for survivors ramped up. (Photo by SONNY TUMBELAKA / AFP)

JAKARTA — The death toll from a volcano-triggered tsunami in Indonesia has risen to 281, with more than 1,000 people injured, the national disaster agency said Monday, as the desperate search for survivors ramped up.

“The number of victims and damage will continue to rise,” said agency spokesman Sutopo Purwo Nugroho.

Hundreds of buildings were destroyed by the wave, which slammed into the coast of southern Sumatra and the western tip of Java about 9:30 pm (1430 GMT) on Saturday after a volcano known as the “child” of Krakatoa erupted.

According to Indonesia’s geological agency, Anak Krakatoa had been showing signs of heightened activity for days, spewing plumes of ash thousands of meters into the air.

The vast archipelago nation is one of the most disaster-prone nations on Earth due to its position straddling the so-called Pacific Ring of Fire, where tectonic plates collide.

Most recently in the city of Palu on Sulawesi island a quake and tsunami in September killed thousands of people.

Tsunamis triggered by volcanic eruptions are relatively rare, caused by the sudden displacement of water or “slope failure”, according to the International TsunamiInformation Centre.

Unlike those caused by earthquakes, which trigger alert systems, these tsunamis give authorities very little time to warn residents of the impending threat.

Coronavirus: ‘Pharmacy of the world’ India in overdrive