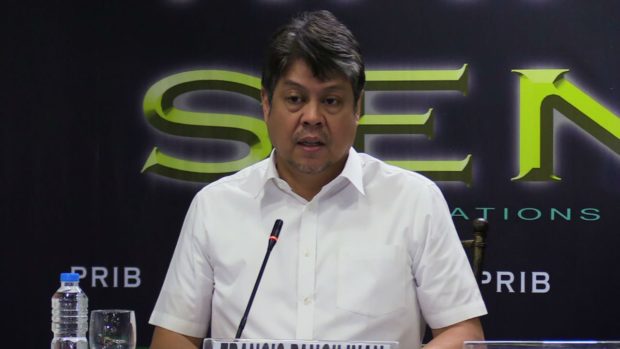 Opposition Sen. Francis Pangilinan blamed the Duterte administration anew for the “daily killings” that plague the country, after the deadly attack on Ako Bicol Rep. Rodel Batocabe in Albay province on Saturday.

“The daily killings were touted by the Duterte administration as the solution to our country’s ills, that the more killed in the drug war, the better,” Pangilinan said in a statement on Sunday.

While they may not be on the same side of political fence, Pangilinan said Batocabe’s violent death should be “roundly condemned.”

“He was my contemporary at the UP College of Law in the late 80s. We may not have been on the same side of the political fence but his violent death in what appears to have been perpetrated by hired assassins should be roundly condemned,” he said.

Pangilinan also called on the Commission on Elections (Comelec) to be vigilant on election-related violence in the 2019 elections.

“We urge the Comelec to clamp down on election-related violence early on lest the situation spiral out of control into a blood drenched May 2019 national and local elections,” the senator said.

Malacañang responded on Monday, saying the opposition was running out of issues so that now it was blaming Batocabe’s death on the administration.

To associate Batocabe’s death to the administration’s “campaign against illegal drugs is grossly irresponsible and utterly unfair,” Panelo said in a statement.

He said the daily killings that Pangilinan was attributing to the government were “not state-sanctioned.”

Panelo insisted that President Duterte “does not—and will never—condone extrajudicial and vigilante killings.”

For Sen. Richard Gordon, Batocabe’s killing was an “indication of moral decay.”

“We commiserate with the family of Ako Bicol Representative Rodel Batocabe during this time of grief. His assassination is a loss to the country,” Gordon said in a separate statement.

“It is also an indication of moral decay as it showed that there are elements in our society that believe that a culture of violence is the only way to change.”

“His assassination shows that there are people who think that violence and bloodshed are substitutes for dialogue and clean, honest and peaceful elections,” he added.

Gordon then reminded that under the Constitution, leaders should be elected through “free, orderly, honest, peaceful and credible elections.”

But acts of violence such as Batocabe’s assassination “derogate this basic ideal,” he said.

The Constitution, he pointed out, also mandates government must ensure rule of law and due process every step of the way – from criminal investigation to identification of the accused, the filing of criminal charges before our courts, arrest, trial, promulgation of judgment and imposition of penalties, if warranted by evidence.

“This entire process must be undertaken judiciously in a fair but fast manner so that the citizens would not feel the need to take matters into their own hands through extra legal means to achieve closure,” Gordon added. —With a report from Christine O. Avendaño