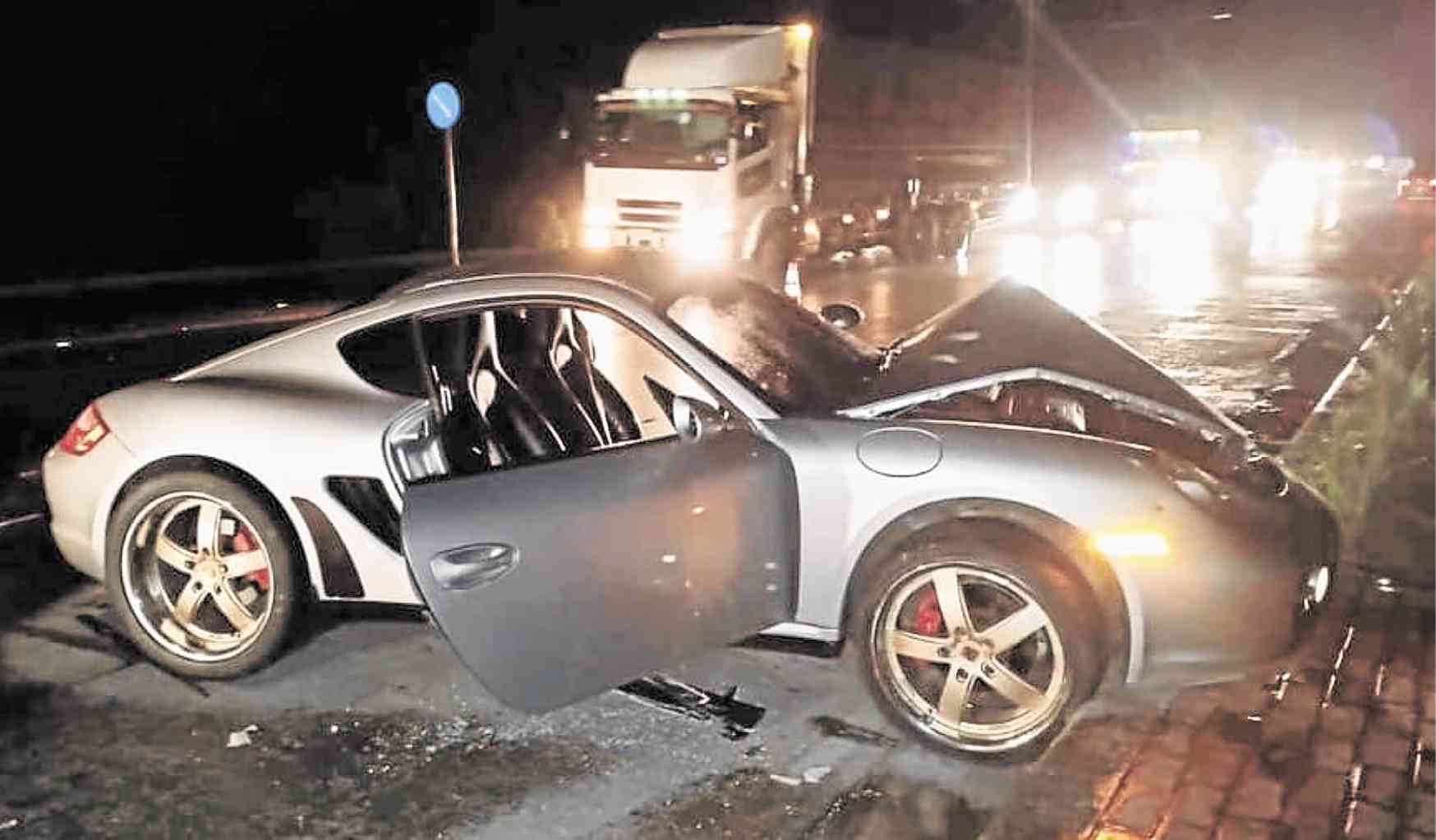 BACOLOD CITY — A lawyer survived on Friday an ambush that left her companion-driver dead in Talisay City, Negros Occidental.

The lawyer, Erfe del Castillo, 44, sustained wounds in the shoulder and head, according to witnesses. However, she has refused to talk to investigators, Aseo told the Inquirer.

Both victims were taken to Dr. Pablo O. Torre Memorial Hospital in Bacolod City after they were ambushed around 10:40 p.m. on Friday, Aseo said.

A source said that before that, Del Castillo, who had just arrived from Manila, was picked up by Palmares at Bacolod-Silay Airport.

The victims were headed for Bacolod City in a silver Porsche with Palmares behind the wheel when still unidentified men fired on their vehicle on Bacolod-Silay Airport Access Road in Hacienda Nilo, Barangay Matab-ang.

Empty shells from an M-16 rifle and 9mm pistol were found at the crime scene, Aseo said.

PO3 Edmundo Jomocan, an investigator of the Talisay City Police Station, said that two or more gunmen probably carried out the attack.

He added that they were still trying to determine the motive for the ambush.

Del Castillo was the third lawyer in Negros Occidental to be targeted by gunmen this year.

On Aug. 23, Rafael Atotubo was shot dead by two suspects on a motorcycle in Bacolod City.

This was followed by the killing of human rights lawyer Benjamin Ramos on Nov. 6 in Kabankalan City, Negros Occidental.

Ramos, 56, was gunned down by two men on a motorcycle, less than a month after he helped the families of nine farmers who were shot dead by unknown attackers in the province.

A founding member of the National Union of Peoples’ Lawyers, Ramos had served as a pro bono lawyer for farmers, environmentalists, activists, political prisoners and mass organizations.

Read Next
No stopping probe of Road Board graft
EDITORS' PICK
What to watch out for when selecting a video surveillance solution
Heads may roll at BOC, says Palace if sugar smugglers are allowed to use recycled import permits
vivo brings to the Philippines a powerful smartphone with a slimmer body, the vivo Y02s for only PHP 6,499
Palace: Biggest supermarkets in PH commit to sell sugar at P70 per kilo
DOH reports increase in daily COVID-19 deaths, mostly unvaxxed
House energy committee chair Arroyo bats for cheap electricity
MOST READ
DepEd to give teachers P5K cash allowance within first week of classes
Alyssa Valdez to miss Creamline’s AVC Cup campaign
Jordan Clarkson arrives in Manila to bolster Gilas Pilipinas
NIA welcomes former DENR exec as its full-fledged administrator
Don't miss out on the latest news and information.