VP on Batocabe slaying: This ‘must not be the new normal’ | Inquirer News
Close
menu
search 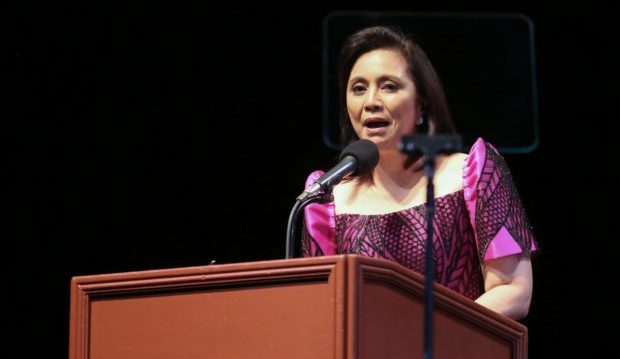 MANILA, Philippines — Vice President Leni Robredo on Saturday condemned the assassination of Ako Bicol Rep. Rodel Batocabe in Daraga, Albay, saying that such a brazen crime “must not be the new normal.”

“Beyond my personal grief at his passing, is the growing rage at yet another brazen murder, committed in broad daylight, in the middle of a crowd,” Robredo said in a statement.

“This cannot, and must not be the new normal; when Filipinos, young and old, rich and poor, are gunned down in cold blood as a matter of course, and where none of us can feel safe. This impunity must end,” she added.

Batocabe was about to attend a gift-giving event for senior citizens and person with disability at around 3 p.m. in Barangay Burgos, Daraga when he and his security aide were shot. Both were rushed to a hospital but were eventually declared dead.

“Rodel was a fellow Bicolano, my batchmate in UP Diliman, and a colleague in the 16th Congress. He was smart and eloquent, witty and cheerful, a person who lived life to the fullest. He will be missed, both for his service and his friendship,” Robredo noted.

Batocabe finished his Economics and Bachelor of Laws degrees and his Master’s in Public Administration at UP Diliman.

“I extend my deepest condolences to his wife, Gertie, his children, and his family, and join the call for swift justice to be meted out to those responsible for his murder,” Robredo said.

Earlier on Saturday, Batocabe’s fellow lawmakers in the 17th Congress denounced the incident and urged law enforcement agencies to quickly resolve the case.

Director General Oscar Albayalde, chief of the Philippine National Police, had also ordered the creation of a body to investigate the killing.