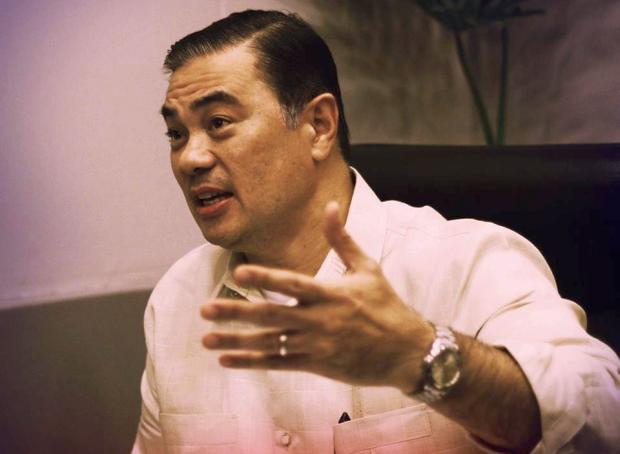 The country’s most popular taekwondo athlete came down hard on the parents of a teen who used his skills in the sport to bully fellow students at Ateneo de Manila University.

Makati Rep. Monsour del Rosario, a former actor and inductee to the Taekwondo Hall of Fame, said in a Facebook post on Friday that he saw a video of the Ateneo junior high school student punching and kicking one of his schoolmates.

“Every aspect of the viral video was hideous, weak and unacceptable,” he said.

“We’ve all made our mistakes and should not judge people loosely,” he said. “But to the parents of the bully, let’s be very clear here, this is as firm a judgment as you will ever get from me: Your son is a failed representation of our beautiful sport.”

In the same Facebook post, Del Rosario explained why he finally issued an official statement on the issue, saying: “I’ve received literally hundreds of texts and calls in the last 24 hours from our colleagues in the press and personal friends asking for a statement on the bullying incident that took place in Ateneo recently.”

“The amount of messages increased exponentially after it was revelaed that the young bully is an alleged taekwondo black belt and gold medalist,” he added.

A schoomate of the taekwondo blackbelter, accompanied by a guardian, had already asked that the incident be blottered at the Anonas Station of the Quezon City Police District.

In response to queries posted on his Facebook page, Del Rosario also said he would “suggest and recommend” that the teen be stripped of his taekwondo belt and banned from the Philippine Taekwondo Association (PTA).

The PTA on Thursday said that it condemned “any form of misbehavior, which includes harassment, bullying, and acts of violence.”

“This is not what taekwondo instills to its practitioners and is a serious matter that we as an association stand against,” it said.

In one video that began circulating on the internet on Wednesday, the teen, wearing the Ateneo high school uniform, bloodies the nose of another student with kicks and punches inside the boys’ toilet.

Another shows him beating a student into submission. In a third video, he forces a student to kneel and touch his shoe to avoid being beaten up by him inside what appears to be the school canteen.