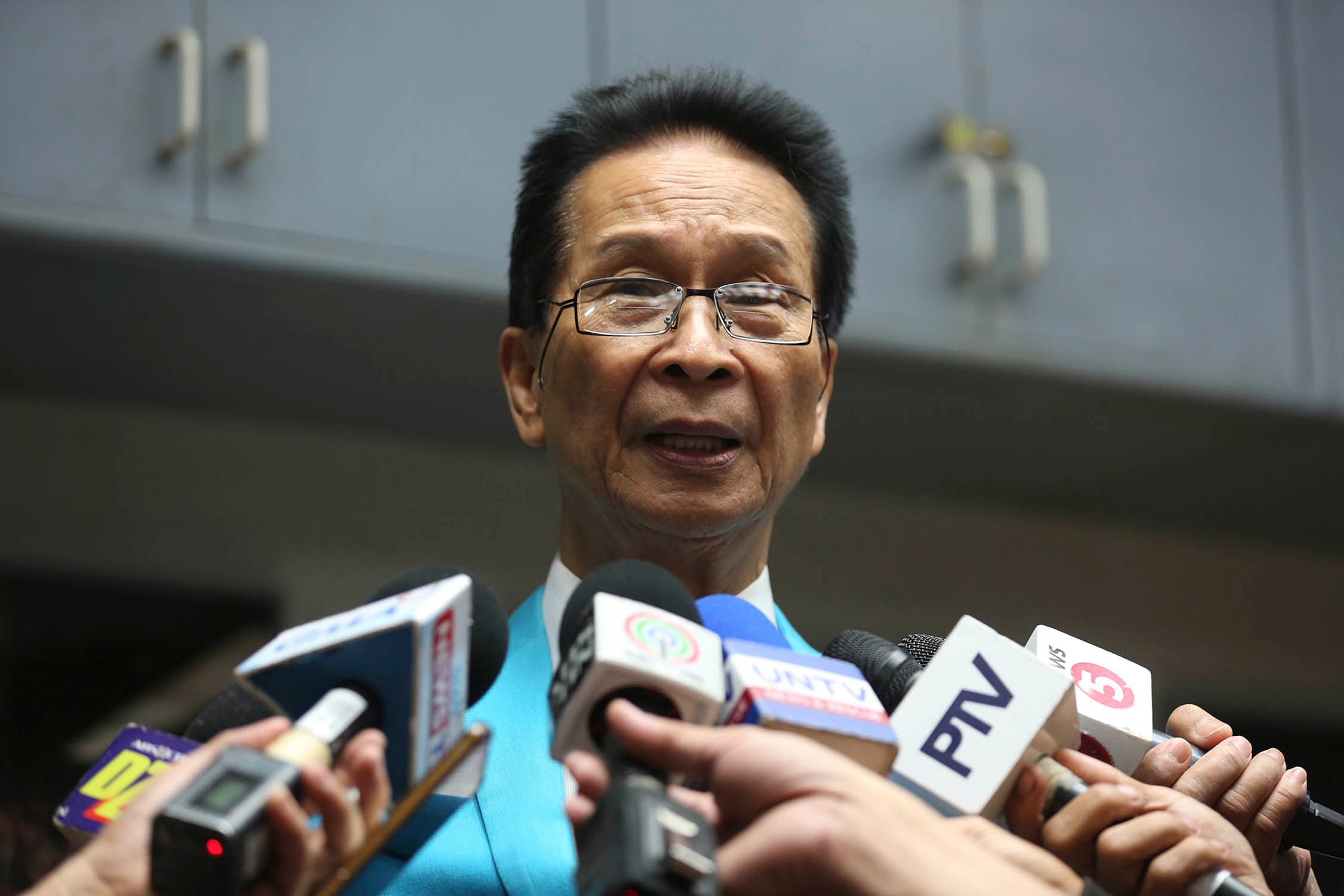 MANILA, Philippines – Malacañang is urging the Commission on Audit (COA) to recommend the filing of charges against “wasted” government projects, which according to the agency has ballooned to nearly P600 billion.

Sen. Panfilo Lacson told the Inquirer on Thursday that P583.5 billion had been “wasted” on discontinued or shelved projects as of December 2017.

Lacson said according to COA, the government projects were suspended, stopped or under litigation as these were found to be irregular, unnecessary, extravagant or unconscionable.

Sought for comment, Presidential Spokesperson Salvador Panelo said these projects do not mean they were “wasted.”

“In other words, the projects were stopped because there is a legal issue involved. Someone might have filed [ a case], like the losing bidder, that’s why it was stopped. But it doesn’t mean it was wasted,” Panelo said in a Palace briefing on Friday.

But if something is irregular with these projects, the Palace official urged the COA to recommend the filing of charges.

“Then it’s the duty of COA to recommend the filing of charges then the DOJ will have to take over,” he said.

Asked if President Duterte would look into these “wasted” projects, he said, there was no need for the chief executive to do it.

‘He doesn’t have to do that because precisely, if COA finds something irregular, then it is its duty to recommend the filing of charges and it is also the duty of the DOJ to do the same. File it,” he said.

He said that it was not the style of the president to meddle with the functions of other government agencies like the COA.

But if irregularities would be found, Panelo said the head of government agencies would be accountable to the President.

“The style of the President is “bahala kayo diyan. Kung may bulilyaso, you will be accountable to me,” he said.

Lacson said the taxpayer’s money that went to “wasted” projects represented 17.4 percent of the P3.35-trillion national budget for 2017.

The Inquirer independently checked the senator’s compilation with COA reports and found out that the Bureau of Customs was No. 1 in the list, accounting for P392.8 billion of all disallowed, suspended or charged funds, representing more than two-thirds of the total./lb