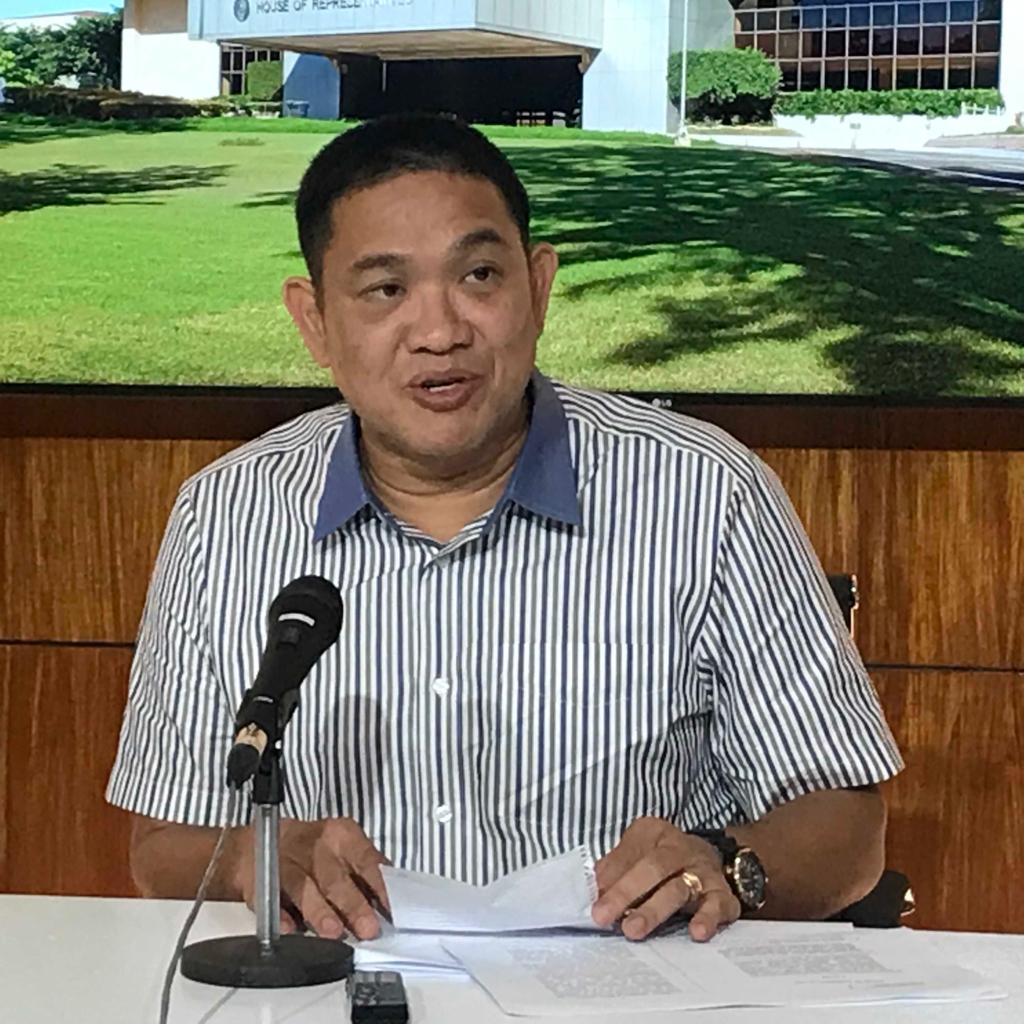 If President Rodrigo Duterte wanted to get rid of the Road Board, why did he green-light the release of its funds?

Andaya said the President had given his consent to the distribution of the funds from the tax, officially known as motor vehicle user’s charge (MVUC), when he and Speaker Gloria Macapagal-Arroyo met with the President over dinner in Malacañang in September.

Moreover, the House majority leader said the President had turned down the resignation of Luisito “Chito” Clavano as Road Board executive director, prompting the House leadership to rescind the measure that would dissolve the board.

Andaya, who served as budget secretary during the Arroyo presidency, said then Special Assistant to the President Christopher Lawrence “Bong” Go was also present at their meeting.

“During our discussion, we asked the President what he really wanted to do with the Road Board. And he said that Chito Clavano had resigned, but he did not accept it,” he said at a news briefing.

“Then we asked him what does it mean. He said he trusted [Clavano] and he thought [Clavano] could fix the system. Then the President said the release of funds for the projects would proceed,” he said.

“That’s our understanding. What he said was clear to us. That’s why we withdrew the [abolition] bill,” Andaya said.

Asked if the President directly told them that he wanted to abolish the board, he said: “No. He said that the release of the funds should continue. It means that the operations of the Road Board will continue.”

Told that this was contrary to the statements of Panelo and Diokno, the Camarines Sur representative said: “Maybe you should ask them if they actually talked to the President.”

Andaya insisted that the measure transmitted by the Senate to Malacañang abolishing the Road Board would no longer have any legal effect since it did not contain the Speaker’s signature.

“Even if we all want the abolition, we cannot do anything now because the members of the House of Representatives unanimously withdrew their support for the bill,” he added.

Andaya played down Diokno’s accusations that Arroyo’s allies in the House were against the abolition of the Road Board because the agency had been a source of kickbacks for lawmakers.

“That’s not true. It’s a lie,” he said. “If you look closely at the House bill, which the Senate adopted, it will not actually abolish the Road Board.”

Instead, Andaya said House Bill No. 7436 — principally authored by former Speaker Pantaleon Alvarez — only relegated the authority of the seven-member board to the “three powerful Road Board kings.”

Under the bill, he said the supervision of billions of pesos in MVUC, collected yearly from vehicle owners, would be given to the secretaries of the Department of Transportation (DOTr), Department of Public Works and Highways (DPWH), and the Department of Environment and Natural Resources (DENR).

“This would actually make the release of funds easier. It would also make it more prone to corruption,” he added.

Andaya said Diokno lied when he claimed that the MVUC would be funneled to the general fund of the national treasury if the Road Board would be dissolved, allowing Congress to appropriate the money for certain projects.

The funds, he said, would be siphoned off to a “special trust fund … under the management and disposal of just three Cabinet secretaries.”

The House majority leader said 80 percent of the funds would be allocated to the DPWH while the rest would be shared equally between the DOTr and the DENR.

He questioned why the DENR should be allowed to access the funds for garbage collection.

Sen. Grace Poe on Wednesday added her voice to the growing Senate clamor to enact the measure abolishing the Road Board.

The chair of the Senate public services committee said she supported the plan of Senate President Vicente Sotto III to submit the bill to President Duterte for his signature since the measure was as good as enacted. —With a report from DJ Yap