Death of Laguna girl is 106th case linked to Dengvaxia 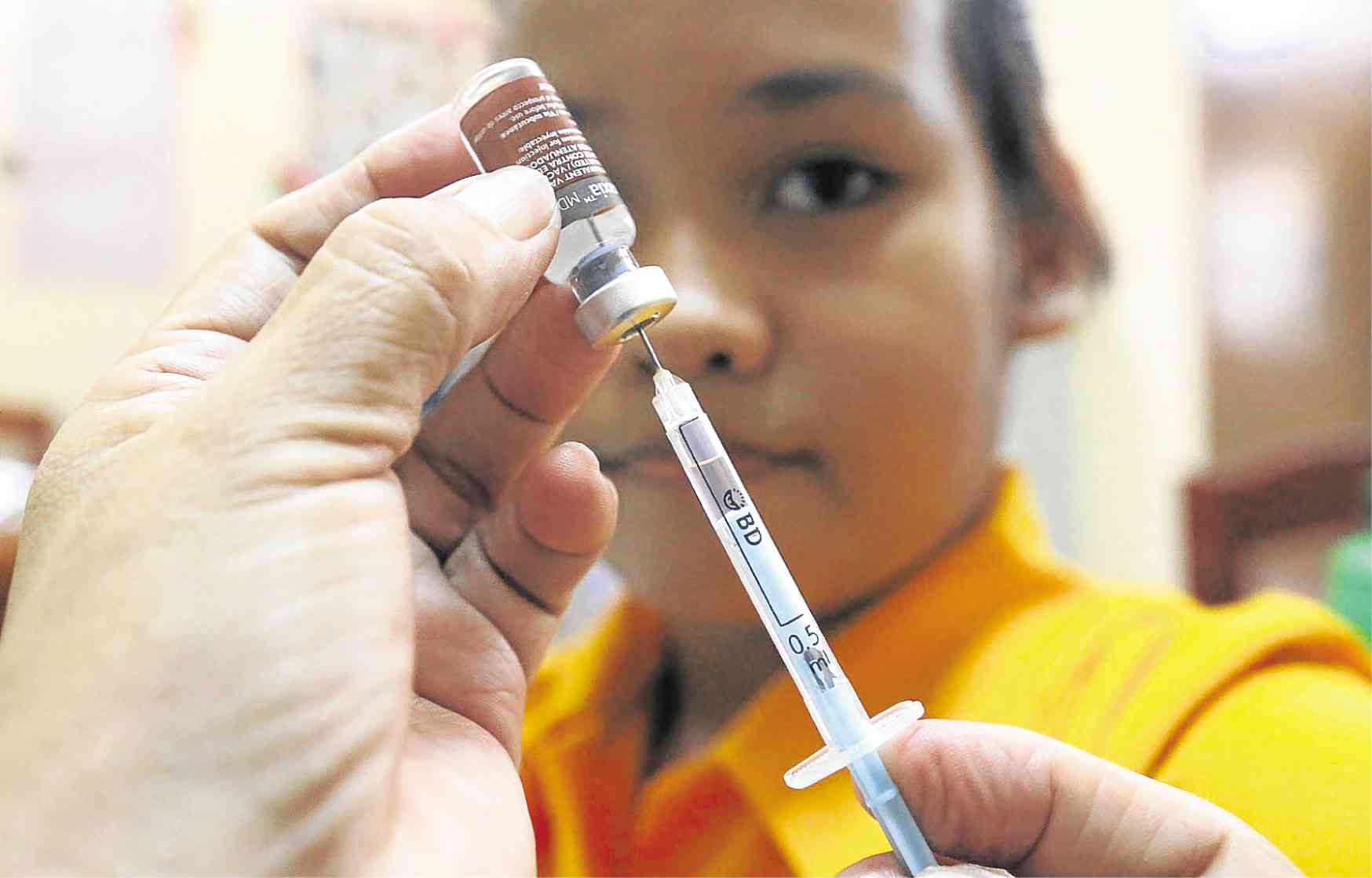 DISEASE CONTROL Dengvaxia has been administered to thousands of grade school pupils around the country to fight dengue. -MARIANNE BERMUDEZ

SAN PEDRO CITY — A 12-year-old girl from Pagsanjan town in Laguna province died last week, two years after being injected with Dengvaxia as part of the government’s immunization program in public schools.

The child also suffered from leukemia and had undergone a series of chemotherapy sessions.

The Public Attorney’s Office (PAO) on Tuesday night examined the remains of the child, who died on Dec. 14, and said that “massive bleeding and severe edema,” or swelling of the brain, caused her death.

“Hers was actually one of the worst cases we’ve seen of too much bleeding in the [brain’s] cranial [nerves],” Dr. Erwin Erfe, PAO forensics chief, said in a telephone interview on  Wednesday.

The PAO said the child’s death was the 106th case being linked to the controversial antidengue vaccine that the Department of Health had banned after its manufacturer admitted to possible adverse effects.

Erfe said it was also the 27th case of a child who suffered from a “preexisting serious illness,” particularly leukemia, that health and school officials had failed to check before administering the vaccine.

“They should have been excluded [from mass immunization]. Absolutely no doctor should vaccinate someone ill, especially with this kind of attenuated vaccine or live virus because [the person’s] resistance is weak,” Erfe added.

The child, whose father was a former school teacher, received two doses of Dengvaxia in separate instances in 2016. It was not clear if the father worked in the same school the child went.

Asked about the time interval between the vaccination and the death, Erfe believed the vaccine “exacerbated” the child’s leukemia and that she only survived that long because she was getting treatment, “with her family having  to sell away property to finance [her] chemotherapy.”

Erfe said that after the first dose, the child immediately showed symptoms of the vaccine’s possible side effects like high fever, loss of appetite and, later, head and abdominal pains.

The child, however, was still administered a second dose, he said.

Recently, a group of doctors cautioned the PAO about giving unproven claims concerning Dengvaxia, but Erfe stood firm with their findings.

He said the PAO had more possible victims set for exhumation and autopsy. The PAO, in behalf of the families, earlier sued government and health officials involved in the immunization program. —Maricar Cinco