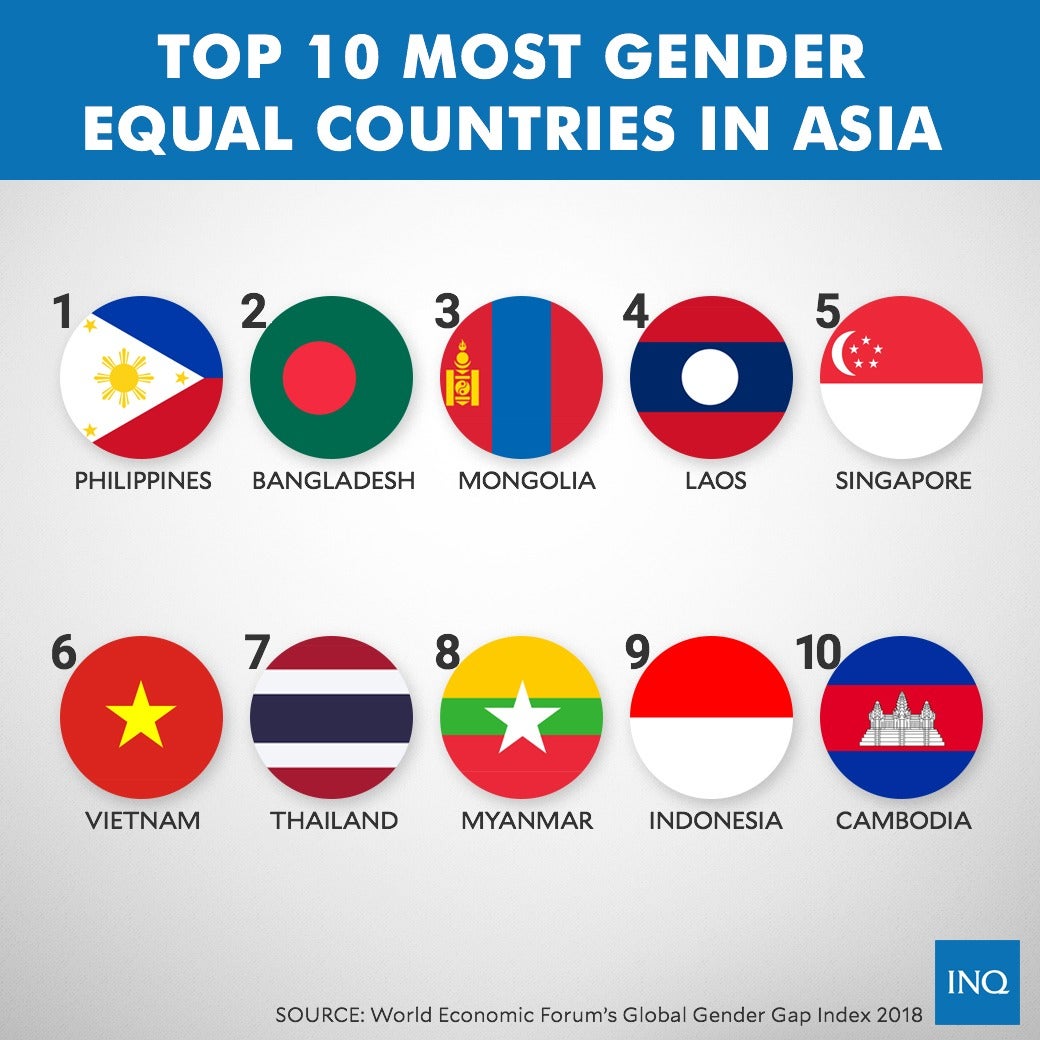 The Philippines now ranks eight in the GLOBAL ranking from 10th in 2017.

The Global Gender Gap Report 2018 also showed that the Philippines remained the most gender-equal country in Asia, closing just under 80 percent of its overall gender gap, which WEF said is “the highest value for the country ever recorded by the Index.”

The WEF assessed 149 countries on their progress towards gender equality across four key areas—economic participation and opportunity, educational attainment, health and survival, and political empowerment.

“The rankings are designed to create global awareness of the challenges posed by gender gaps and the opportunities created by reducing them,” the WEF said.

The WEF noted that the Philippines managed to narrow its economic participation and opportunity gender gap “due to increases in wage equality for similar work and women’s estimated earned income.”

The WEF also noted that the Philippines has maintained its ranking in the Top 10 since the organization started reporting on gender gaps in 2006.

The country’s ranking in the report can be attributed to its “strong scores on closing the political empowerment gender gap, in particular,” the organization added. /ee 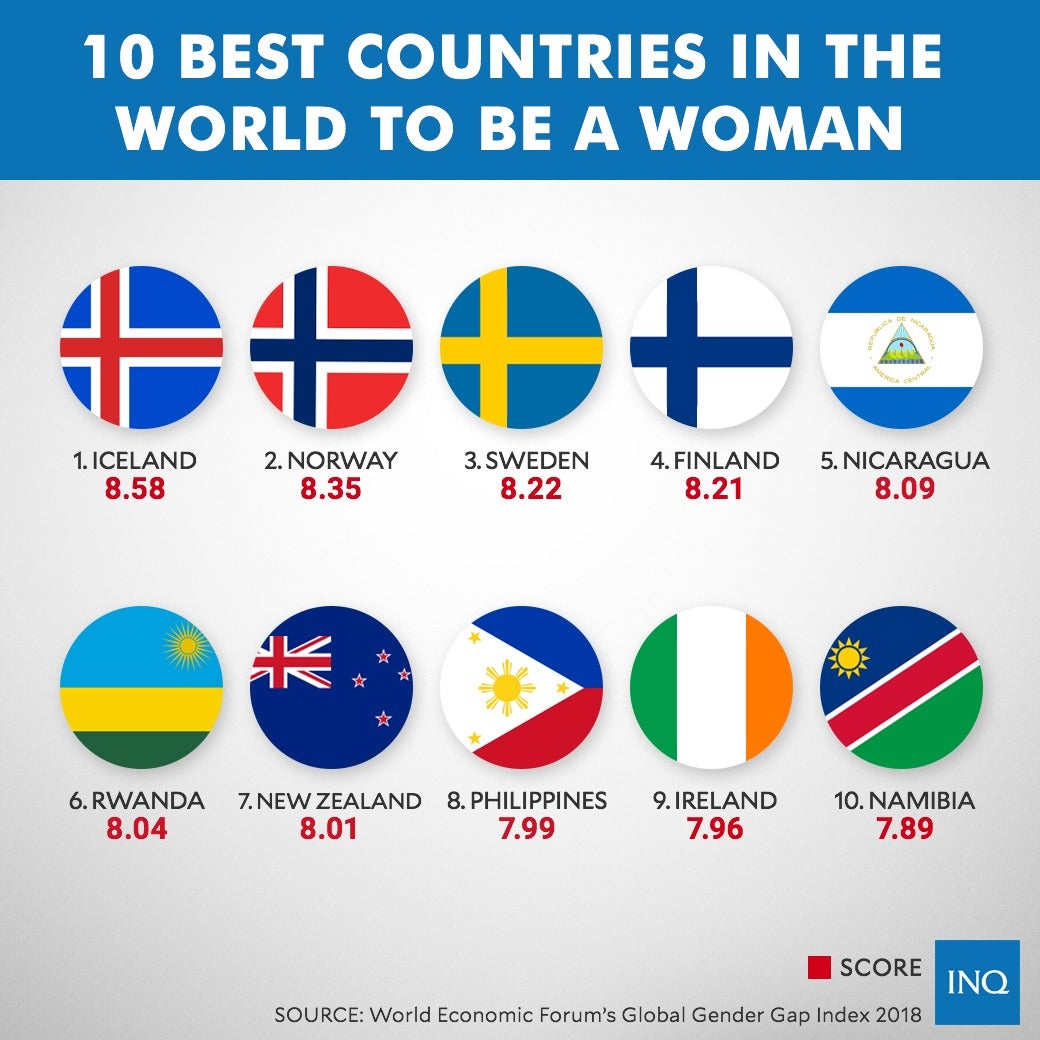