Battle to curb climate change gets a boost with Poland pact 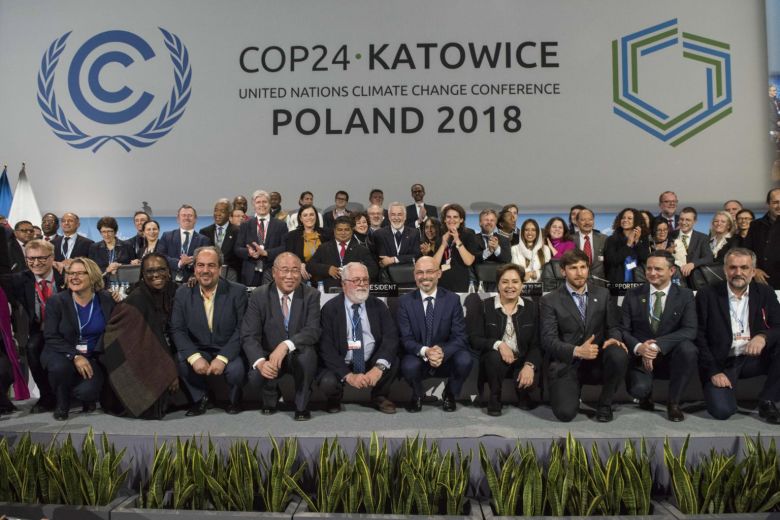 The 133-page Katowice Rulebook sets out a single system for countries to make emission cuts under national climate plans and how these plans can be regularly reported, measured, scrutinised and progressively ramped up. PHOTO: NYTIMES

KATOWICE, Poland — Negotiators from nearly 200 countries have agreed to a deal that brings the landmark Paris Agreement to life, triggering praise but also concern that the outcome of marathon talks in Poland is not ambitious enough to save the world from the ravages of climate change.

After three years of hard bargaining, negotiators sealed a complex rulebook that enables all nations to take progressively tougher steps to cut greenhouse gas emissions that are heating up the planet and causing more extreme weather.

Minister for the Environment and Water Resources Masagos Zulkifli told The Straits Times at the venue that the adoption of the rulebook was a historic moment – one that was especially significant for Singapore, which will be wrapping up its Year of Climate Action at the end of this month.

He said: “We bookmarked the year with the passing of a carbon tax, which showed our responsiveness and commitment to reducing emissions by industries. This is a fitting end to the year, with the rulebook adopted by all the countries that ratified the Paris Agreement.”

The United Nations and talks president Michal Kurtyka, who is also State Secretary of Poland’s Ministry of Energy, praised the hard-won deal that at some points during the two-week talks in Katowice, southern Poland, looked like it was going to fail.

Mr Kurtyka told the final plenary: “The overall impact of this package is positive to the world. Through this package, you have made a thousand little steps forward together.”

UN climate chief Patricia Espinosa said: “This is an excellent achievement. The multilateral system has delivered a solid result.”

The 133-page action plan, or the Katowice Rulebook, sets out a single system for countries to make emission cuts under national climate plans and how these plans can be regularly reported, measured, scrutinized and progressively ramped up.

But some criticized it as lacking ambition, and lacking clarity on climate finance for developing countries.

Mr Alden Meyer, director of strategy and policy for the Union of Concerned Scientists in Washington, said he would give the rulebook a “gentleman’s C” .

He said: “We did not get what we wanted to get here on ambition and on climate finance, which is essential if we are going to help developing countries deal with the impacts of climate change and deploy clean energy technologies at the scale that is needed… but over time, it will build confidence in the system and hopefully encourage countries to take more action at home.”

Ms Christiana Figueres, former executive secretary of the UN Framework Convention for Climate Change, said: “No one is entirely happy with this rulebook, but it is an important step.”

The talks, called COP24, were meant to wrap up on Friday but went 30 hours into overtime. Exhausted delegates cheered and gave a standing ovation to the COP presidency when the gavel went down to adopt the deal around 5am Singapore time yesterday.

But the hard work begins, with nations now committed to carrying out their climate plans to cut emissions and progressively strengthening these over time as part of a collective effort to try to limit the threat of rising sea levels, more intense storms, damage to coral reefs and severe droughts that ruin crops.

A key test will be the emission-cut ambitions in the next round of national climate pledges for 2020 under the Paris Agreement, with nations expected to unveil their intentions next year.

“Now, we need all countries to commit to raising climate ambition before 2020 because everyone’s future is at stake,” said WWF International’s climate and energy practice leader Manuel Pulgar-Vidal, who was COP20 president.