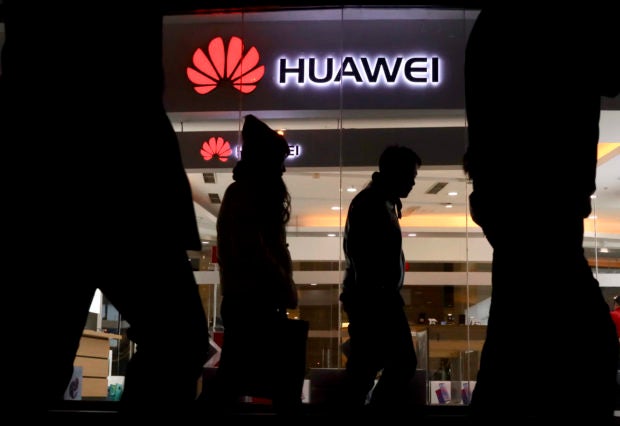 Pedestrians walk past a Huawei retail shop in Beijing on Dec. 6, 2018. A Czech cyber-security agency on Monday warned against using the software and hardware of China’s Huawei and ZTE companies, saying they posed a threat to state security. AP FILE

PRAGUE, Czech Republic – A Czech cyber-security agency on Monday warned against using the software and hardware of China’s Huawei and ZTE companies, saying they posed a threat to state security.

“The main issue is a legal and political environment of the People’s Republic of China, where (the) aforementioned companies primarily operate,” the Czech National Cyber and Information Security Agency said in a statement.

“China’s laws, among other things, require private companies residing in China to cooperate with intelligence services, therefore introducing them into the key state systems might present a threat,” the agency added.

Huawei’s Czech branch slammed the report and asked the agency to offer facts instead of tarnishing its reputation, said the Czech News Agency (CTK).

The warning comes on the heels of a Czech intelligence report which warned about increased spying activities of Chinese diplomats in the EU and NATO member state of 10.6 million people.

Huawei has faced increasing scrutiny over its alleged links to Chinese intelligence services, prompting countries including the United States, Australia and Japan to block it from building their next-generation, super-fast 5G internet networks.

But the Czech Republic’s western neighbor Germany refused to follow suit earlier this month, saying it had no evidence Huawei could use its equipment to spy for Beijing. /cbb