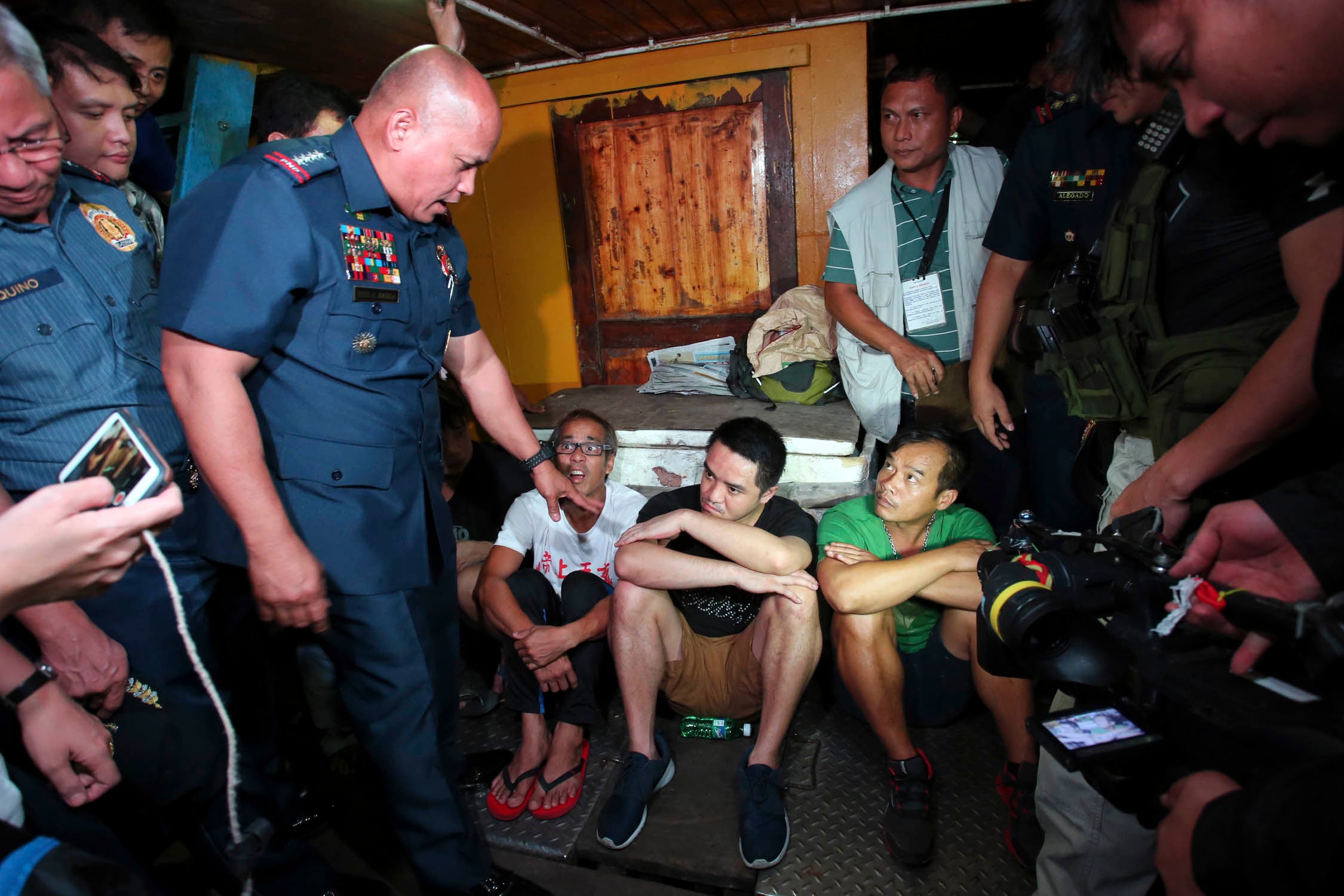 INTERCEPTED Then Philippine National Police Director General Ronald “Bato” dela Rosa confronts some of the Chinese crewmen of a boat found to be a floating drug laboratory in 2016. -INQUIRER FILE PHOTO

OLONGAPO CITY—Four Chinese nationals from Hong Kong became the first foreigners to be convicted of a drug offense under the administration of President Rodrigo Duterte, who has waged a violent campaign against drugs, which critics said had already claimed the lives of thousands without due process.

The four were arrested on July 11, 2016 when a government raiding team found them aboard a 50-meter fishing vessel that allegedly served as a “floating shabu laboratory” off the waters of Subic town in Zambales province.

Police seized a plastic bag containing about 500 grams of shabu from one of the convicts.

Retired Director General Ronald dela Rosa, former chief of the Philippine National Police, said the boat was being used to bring illegal drugs into the country after he boarded the fishing vessel during the 2016 raid.

Through a lawyer from the Public Attorney’s Office, which provides pro bono legal services to indigents, the Chinese men had denied they were trafficking shabu during their inquest proceedings at the prosecutor’s office. 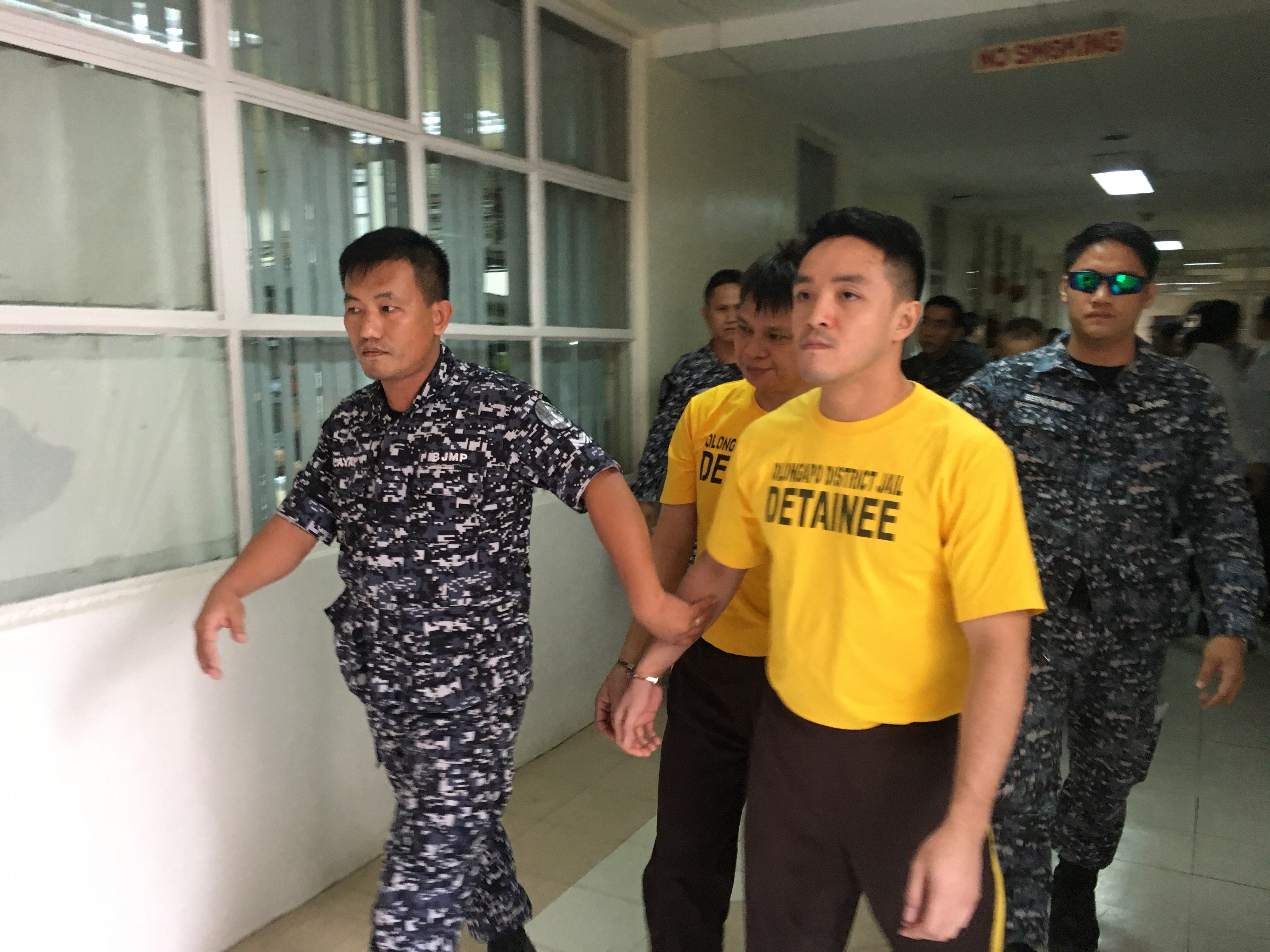 JAIL-BOUNDThe Chinese nationals convicted by an Olongapo City court emerge from the promulgation of their sentence. —ALLAN MACATUNO

Relatives of the convicted Chinese nationals attended the promulgation and broke into tears when the judge handed down the verdict around 10 a.m.

But the court also acquitted them of the charge of manufacturing illegal drugs.

Among the items seized from the boat was a hydrogenerator, an equipment which is used to make shabu.

But Judge Jabalde said that the presence of a hydrogenerator in the clandestine laboratory served as “only prima facie proof of the manufacture of any dangerous drug but not proof beyond reasonable doubt that [the Chinese men were] engaged in the manufacture of illegal drugs particularly of methamphetamine hydrochloride.”

Senior Assistant State Prosecutor Juan Pedro Navera said the government prosecution team would study whether it needed to appeal the portion of the ruling, which cleared the foreigners of synthesizing shabu at sea.

“We would like to emphasize that either way, the penalty [they got was] life imprisonment. It’s still a very stiff penalty,” Navera told reporters here.

“It shows that our criminal justice system is working and the war against drugs must continue, and it does continue, as shown by this high profile case. We saw that justice indeed worked today,” Navera added.

After the promulgation, the Chinese men were taken to the Olongapo City District Jail. Their lawyers have yet to comment on the court’s decision.

The four men were also ordered to pay a fine of P5 million.