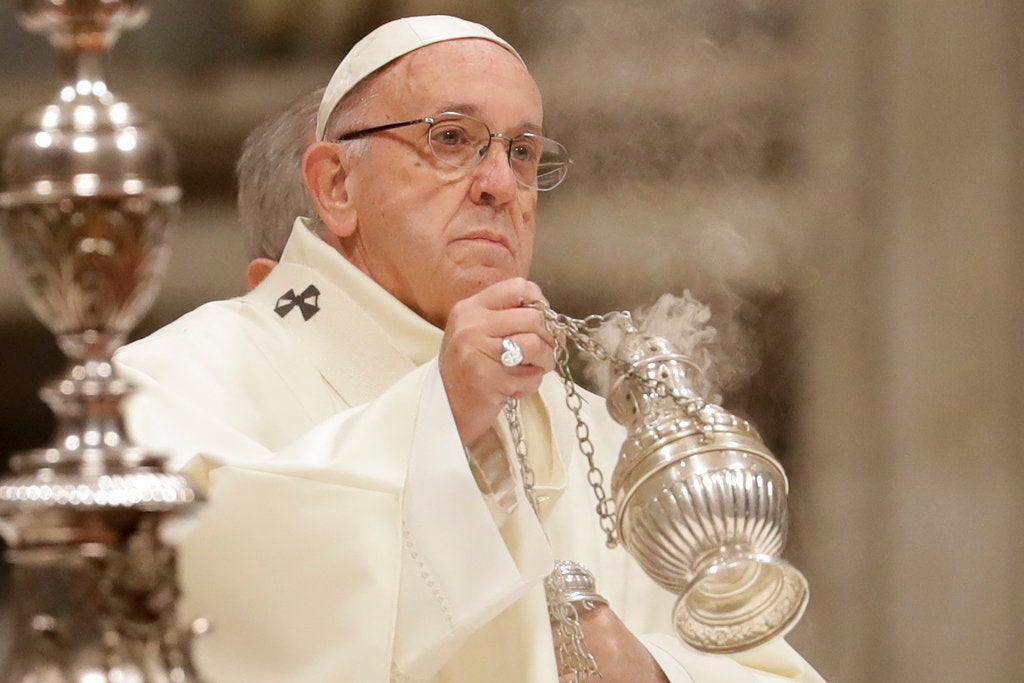 Pope Francis incenses the altar as he celebrates Mass on the occasion of the feast of Our Lady of Guadalupe, in St. Peter’s Basilica at the Vatican, Wednesday, Dec. 12, 2018. (AP Photo/Andrew Medichini)

MANILA, Philippines — Despite his repeated criticisms of the Catholic Church, President Rodrigo Duterte expressed his approval of Pope Francis whom he once cursed for allegedly causing traffic during his visit to the Philippines in 2015.

Even with his approval of the Pope, it did not stop Duterte from attacking the Catholic Church, who has been critical of his war on drugs and criminality.

He again attacked the clergy for their “scandal,” as he cited the book “Altar Secrets,” which exposes the scandals of the priests and bishops.

He reiterated his claim that most Catholic priests are gays.

He earlier claimed that 90 percent of priests were gays.

“When you use religion as a platform to attack me, then do not be surprised,” he said.

Duterte has earned the ire of the Catholics after he called God “stupid” and questioned the creation theory in the Bible.