PRECIOUS SAP Using bamboo poles as bridges, a “mangangarit” in Quezon province moves from one tree to the next to gather coconut sap, a major ingredient in producing “lambanog” (coconut wine). —DELFIN T. MALLARI JR.

At least 21 people had died in several areas in Southern Tagalog and Central Luzon since May after drinking “lambanog” (coconut wine) found to contain high levels of methanol, the Food and Drug Administration (FDA) said.

The FDA said results of laboratory tests on samples of lambanog from the cities of Sta. Rosa and Calamba, and Luisiana town in Laguna province; Antipolo City in Rizal province; and Tarlac province showed these were positive for high levels of methanol, a prohibited additive in lambanog.

The presence of methanol in the alcoholic drink is suspected to have caused the deaths of the victims, with the most recent deaths reported in Laguna last week.

“[The] FDA will be filing cases against the identified peddlers of these unregistered, out of specs, and/or adulterated alcoholic beverages,” the FDA said in a statement.

The agency’s regional field offices and agents of its regulatory enforcement unit have been placed on heightened alert to ensure that none of these toxic alcoholic beverages are sold to the public, it said.

“The FDA will not hesitate to confiscate these products being openly sold to the public, to prevent further loss of life to unsuspecting consumers,” it added.

In Quezon province, a lambanog producer in Tayabas City had called on authorities to find illegal distributors responsible for the deaths to prevent further damage to the local liquor industry.

“The police should immediately identify, arrest the culprits and close their shops to save … legitimate distillers,” Lito Mallari, owner of Mallari’s Distillery in Tayabas, said on Tuesday.

He said he was concerned because reports identifying Candelaria, Quezon, as the source of lambanog, which was blamed for eight deaths in Laguna, had hurt the local industry.

“It will be a sad Christmas for all dependent on the industry. We hope and pray that it can survive this tragedy,” Mallari said, noting that the sale of lambanog this holiday season would be affected by the issue.

He suspected that the lambanog consumed by the victims was a mixture of toxic chemicals and not a product of natural fermentation and distillation process followed by legitimate producers.

He said producers from Tayabas sell the distilled type of lambanog that passed government standards and safety tests.

“Do not buy from retailers which sell the liquor straight out of plastic drums. Yes, it’s much cheaper. But why gamble with your health and life?” he said. 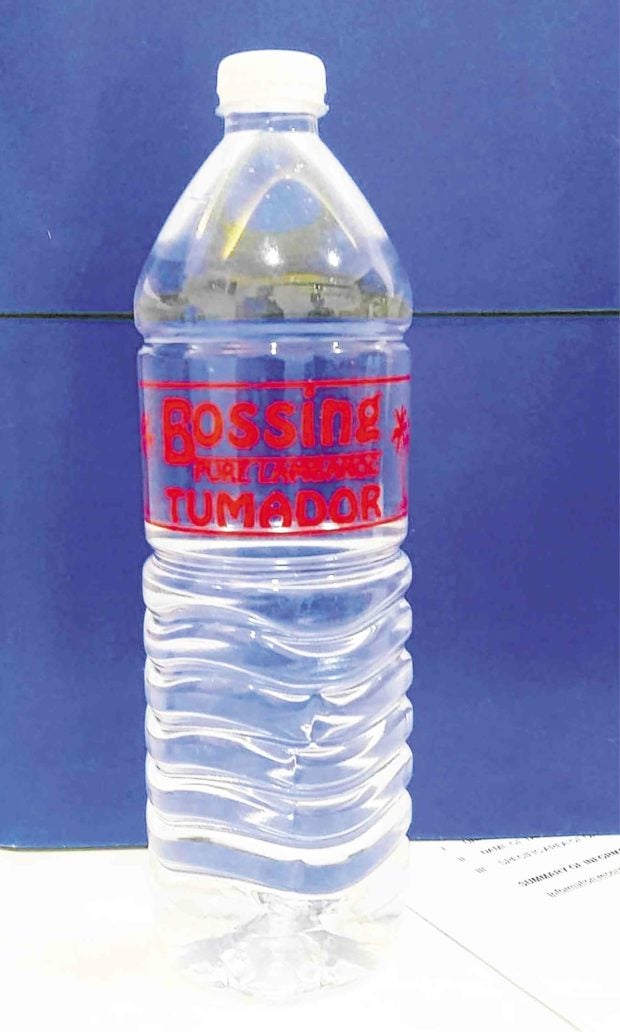 Mallari Distillers sell a gallon of genuine lambanog for P350, which is higher than the P100 per gallon price of illegal manufacturers.

Lambanog is created from the dripping sap, called “tuba,” of the coconut flower. The sweet and frothy tuba is prepared through a process of natural fermentation and distillation that produces lambanog.

The sap is gathered by a “mangangarit” in a morning ritual involving the climbing of coconut trees and crossing bamboo bridges connecting the trees so they can collect fresh sap.