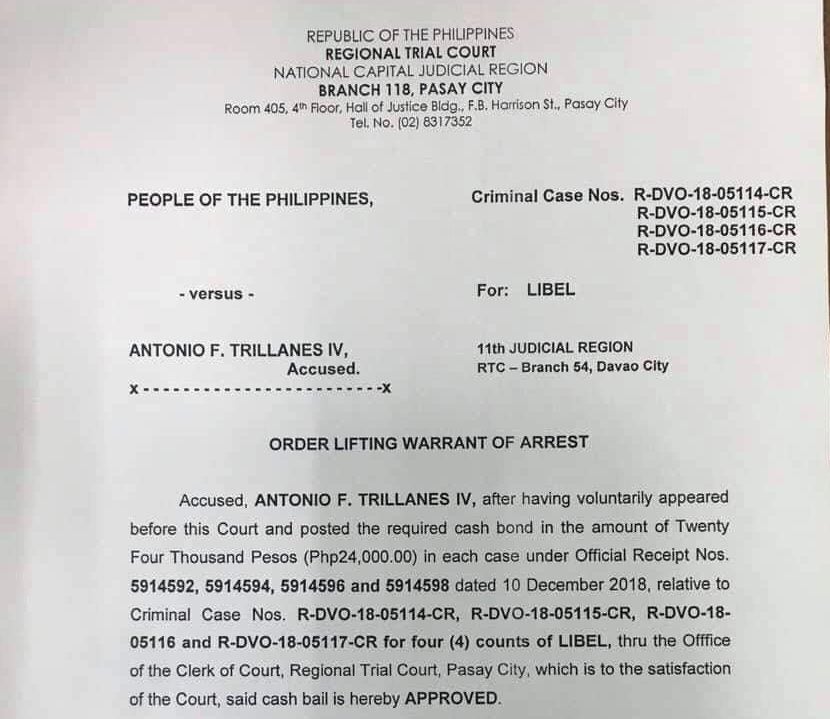 The Pasay Regional Trial Court (RTC) on Monday lifted the warrants of arrest against Senator Trillanes IV after he posted bail over the libel suits filed against him.

Trillanes voluntarily appeared before the Pasay RTC Branch 118 to post a P96,000-bail for four arrest warrants in connection with the libel cases filed against him by presidential son and former Davao City Vice Mayor Paolo Duterte and his brother-in-law, lawyer Manases Carpio.

READ: Trillanes gets 4 warrants of arrest

Trillanes, after posting bail, was then ordered by the court to “coordinate with and/or report to” the Davao RTC Branch 54 within 30 days to follow up the date of his arraignment.

Duterte and Carpio lodged the libel suits against Trillanes for accusing them of extorting money from Uber and other companies.

Duterte filed another libel suit against Trillanes for linking him to the smuggling of P6.4 billion worth of “shabu” (crystal meth) from China in May last year. 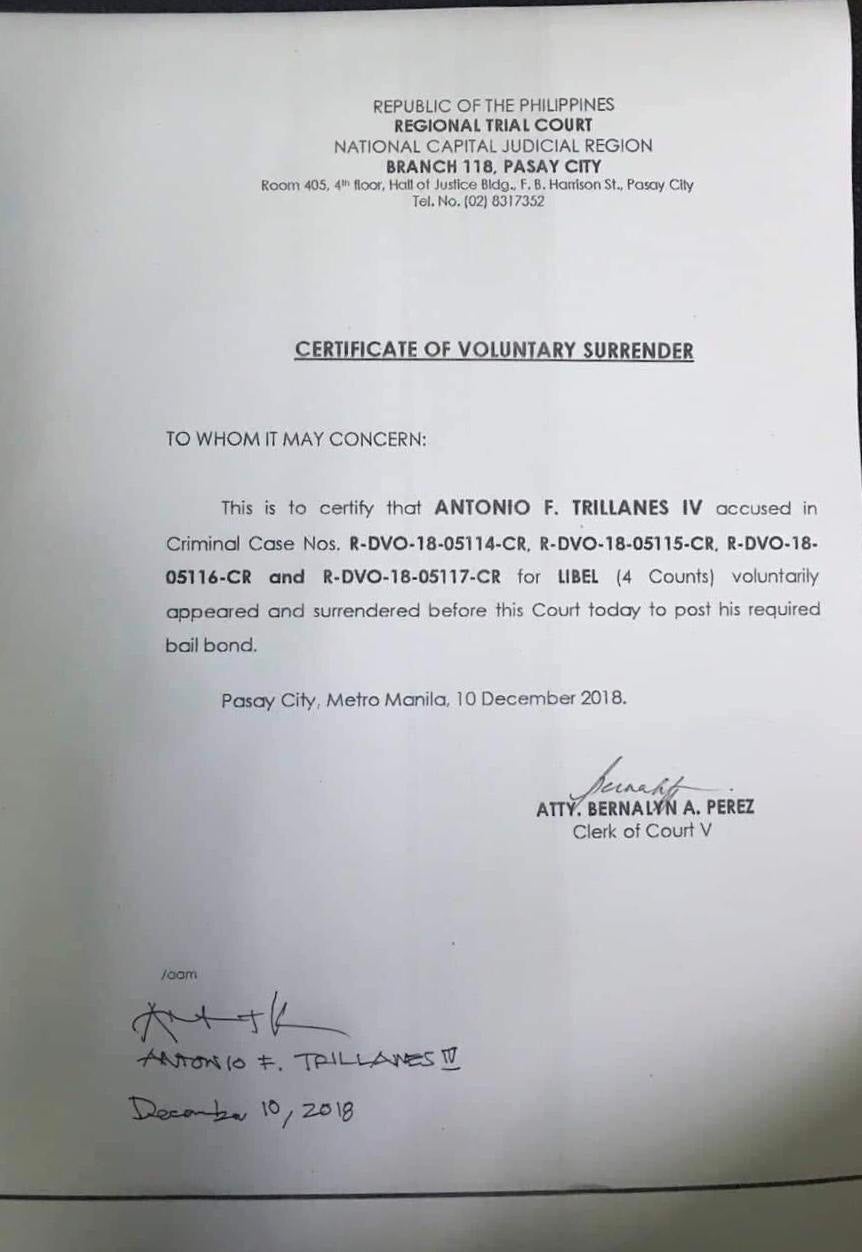